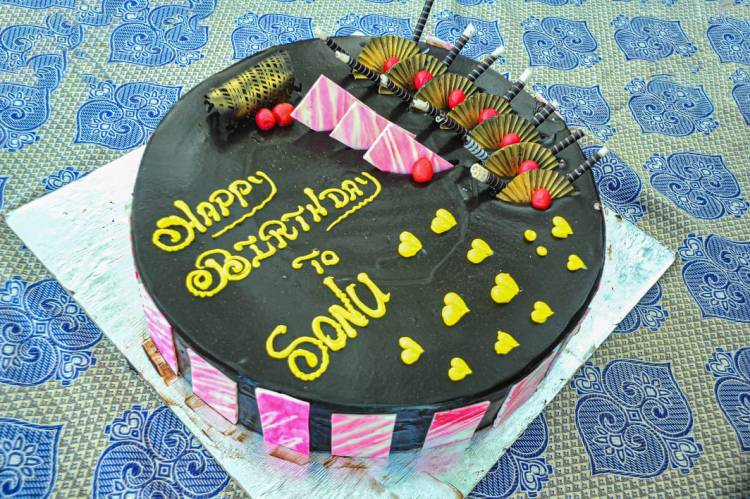 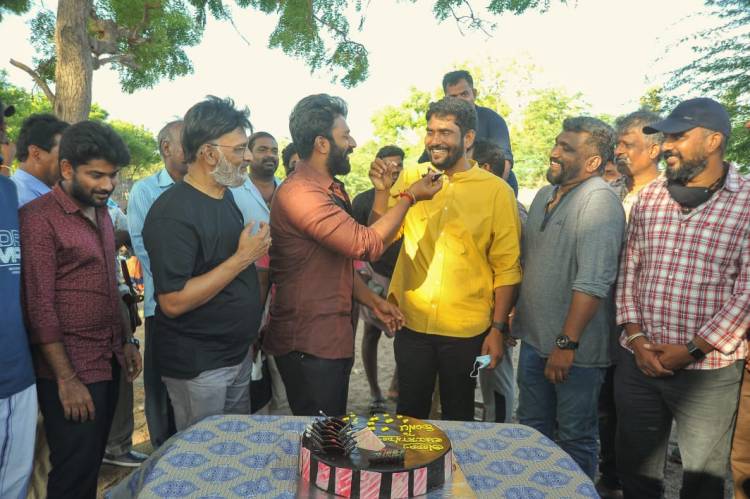 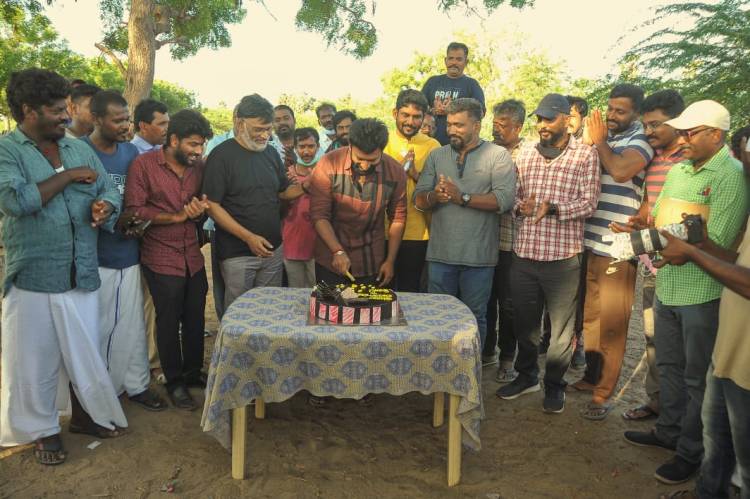 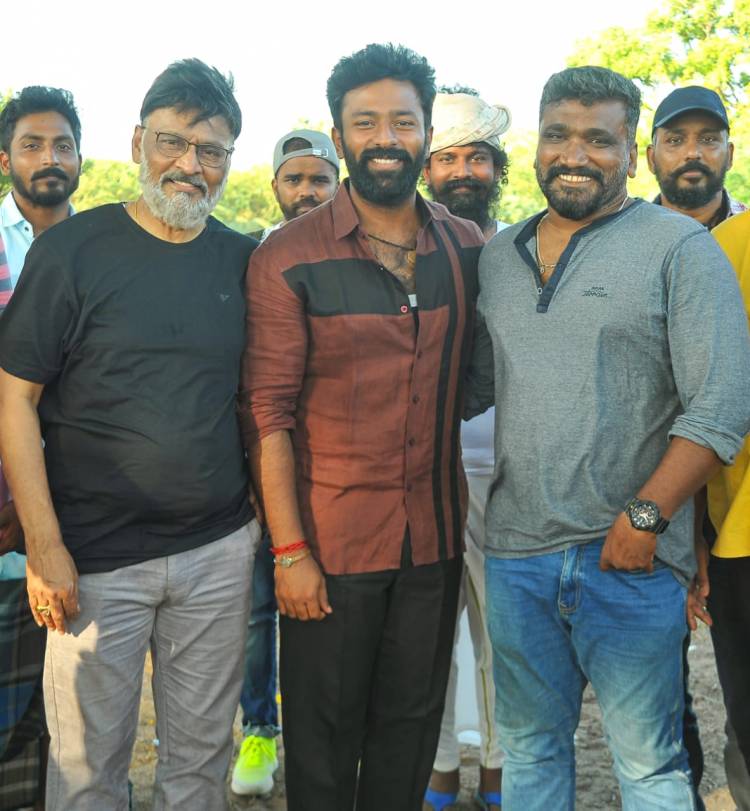 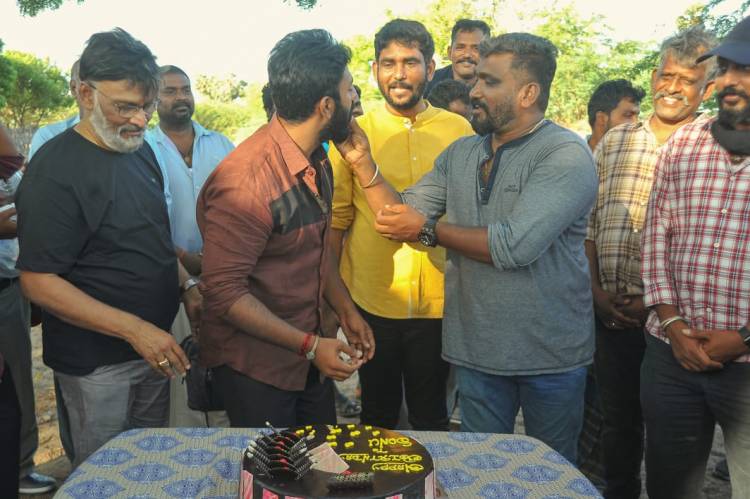 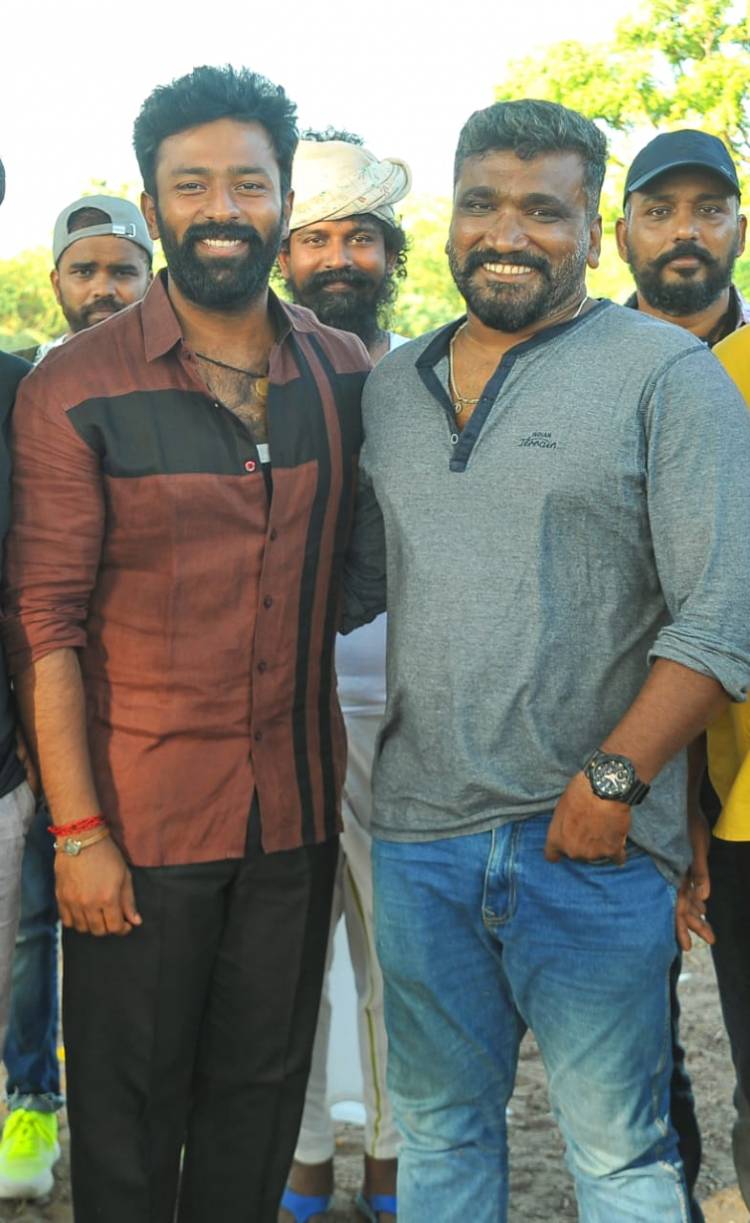 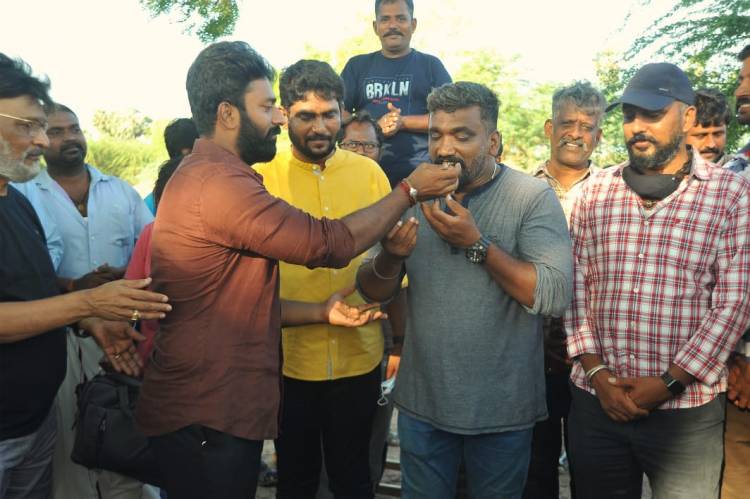 Despite the Lockdown phase having its impact upon the movie industry, actor Shanthnu Bhagyaraj has basked in glory over the acclaims he won for his fabulous movies over the past couple of years for his crucial performance in Thangam - Netflix’s Paava Kathaigal , Gautham Menon’s Ondraga Original - Oru chance kudu and notable roles in movies like Vaanam Kottattum and Vijay’s Master.

Apparently, he has now got a promising line up of movies based on different genres and themes, which is sure to escalate his career graph. One among such colossal league of movies is Raavana Kottam. Following the hiatus due to Lockdown, the actor is now shooting for the final schedule of the movie in Ramanathapuram. In spite of the special occasion of his birthday (August 24, 2021), the actor was avidly shooting for the film, when he got a surprise from his dad-father K Bhagyaraj. The multi-faceted icon of K-Town amused his son Shanthnu with his surprise visit along with few friends. The actor celebrated the occasion with the cast and crew of Raavana Kottam by cutting the cake that his father had brought.

Written and directed by Vikram Sugumaran, Raavana Kottam is produced by Mr.Kannan Ravi for Kannan Ravi Group. The movie has musical score by Justin Prabhakaran.

Shanthnu Bhagyaraj has currently lined up Murungakkai Chips, which is gearing up for release soon and Chimbu Devan’s Kasada Thapara premiering on SonyLIV from August 27, 2021, onwards.

Actress #SaiPriyankaRuth's Mesmerizing Clicks From Her Most Recent Photoshoot

Check out the stills of upcoming Tamil movie "Antha Nimidam", directed by Kulanthai...