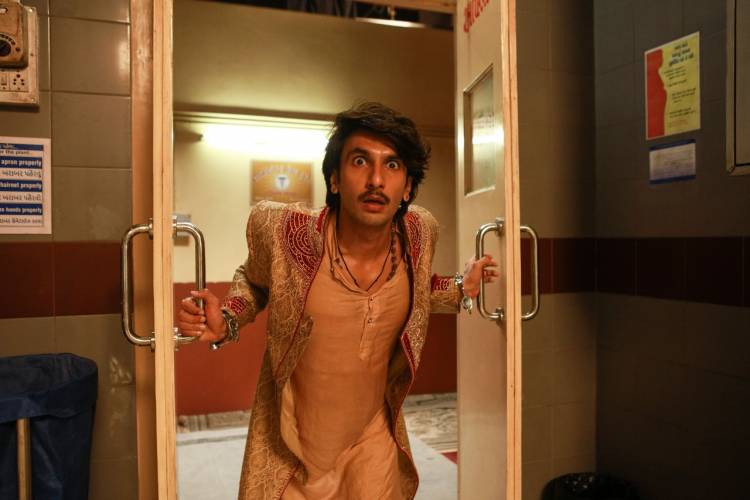 Superstar Ranveer Singh is starring in Yash Raj Films’ Jayeshbhai Jordaar, a big screen entertainer that will present a new brand of hero and heroism that is rare in Indian cinema. Ranveer has again shape-shifted to transform himself into a character hailing from heartland Gujarat, who with his razor-sharp wit, will entertain us, win over our hearts and also deliver a powerful message. Ranveer says Jayeshbhai is India’s answer to Charlie Chaplin and his brand of social satires.

Ranveer says, “Jayeshbhai is a character with absolutely no reference point in the history of Hindi cinema but if I had to draw a parallel with someone in terms of mannerisms, it will have to be with Charlie Chaplin. Charlie Chaplin had this unique ability as an artist to take his pain and play with it. His situation was always deeply tragic but he was able to deal with it through the power of humour.”

He adds, “Tragic comedy resonates with me deeply which is why ‘Life is Beautiful’ is my favourite movie of all time. To take ones pain and play with it. To take suffering and make light of it is a beautiful way of living life.”

Ranveer reveals that he put up a picture of Chaplin in his vanity during Jayeshbhai Jordaar’s shoot and used it to channel Jayeshbhai to life on screen.

He says, “I saw a picture, a close up of Chaplin during my research, his eyes brimming with tears and yet he looked absolutely comical. On the face of it, it looks like a funny picture of Chaplin but if you look closer into his eyes, you’ll see that they are brimming with tears. That was my driving force for Jayesh. I blew up this picture to about 4 feet by 4 feet and pasted it in my vanity van. It gave me everything emotional and character cues that I needed before going out to perform Jayesh.”

A hilarious satire on society - Jayeshbhai Jordaar, produced by Maneesh Sharma, also stars Arjun Reddy fame Shalini Pandey, who debuts on Bollywood’s big screen opposite Ranveer. The film has been directed by debutant Divyang Thakkar and is releasing worldwide on May 13, 2022.

I thought acting would be boring before Saani Kaayidham: Selvaraghavan

Here's the much anticipated news of the year! The wait...

Here's the much anticipated news of the year! The wait is over! This is for all...