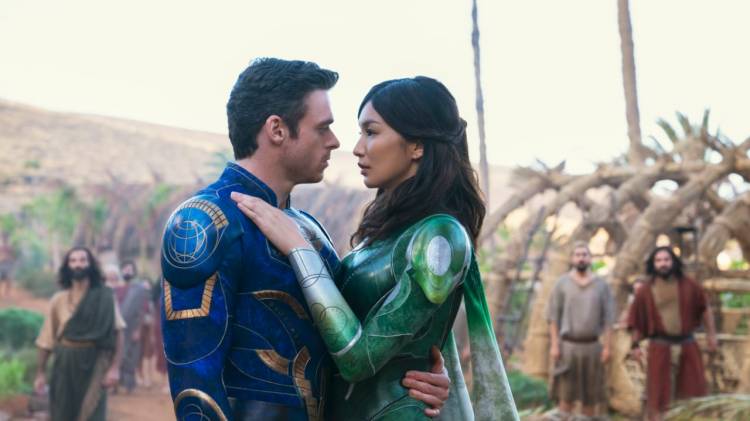 Eternals - The new set of superheroes are introduced in the MCU in Eternals.A group of near immortals who lived on Earth for thousands of years, fight against their old enemies called Deviants who they thought they had completely eradicated centuries ago from Earth. This is the simple plotline of Eternals. But the major plot reveals halfway through the movie when the Eternals learn their true purpose of being on Earth and things change drastically in a short span of time.

It is never easy to make an Origin MCU movie especially when you have to introduce 10 superheroes and moreover this movie can be called as the first Eternal movie rather than an origin movie. Chloe Zhao does an excellent job in bringing these characters on screen especially to introduce them to the audience and to get them accustomed before all the action begins.

Eternals has a huge cast, given that there are 10 superheroes, including Angelina Jolie, Salma Hayek among the Eternals. We will have to wait for the upcoming movies to see how the Eternals fare among the MCU but this movie though isn't as exciting as most other Marvel movies, this is definitely a good movie to bring the Eternals into the MCU.

Eternals - A good superhero debut movie which lies outside the spectrum of MCU in terms of exciting storytelling.

Irritated Salman Khan snaps at a fan trying to take a selfie with him: ‘Naachna...