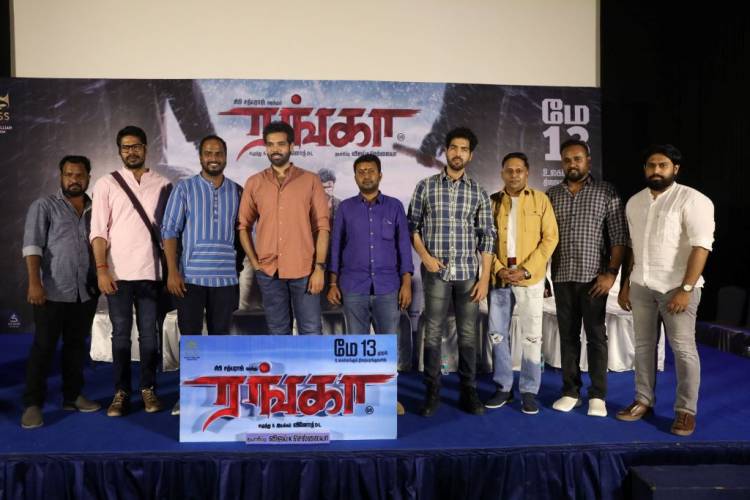 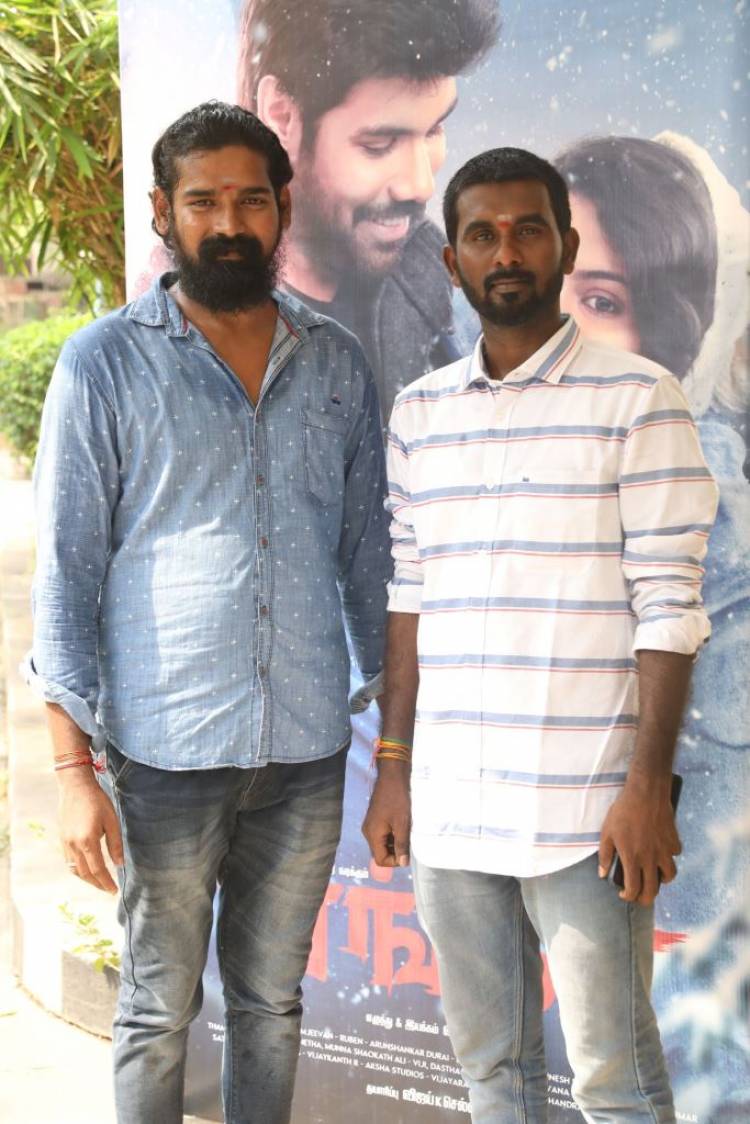 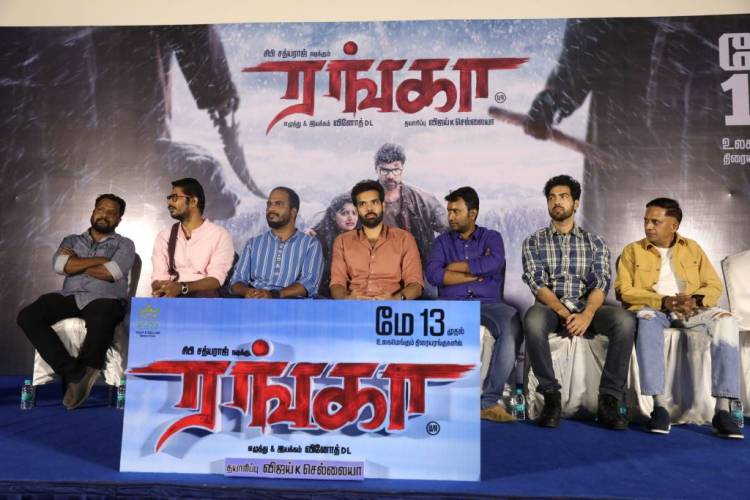 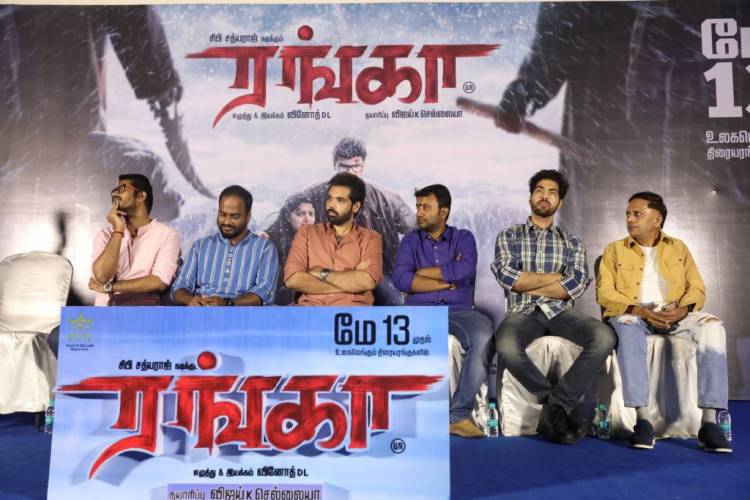 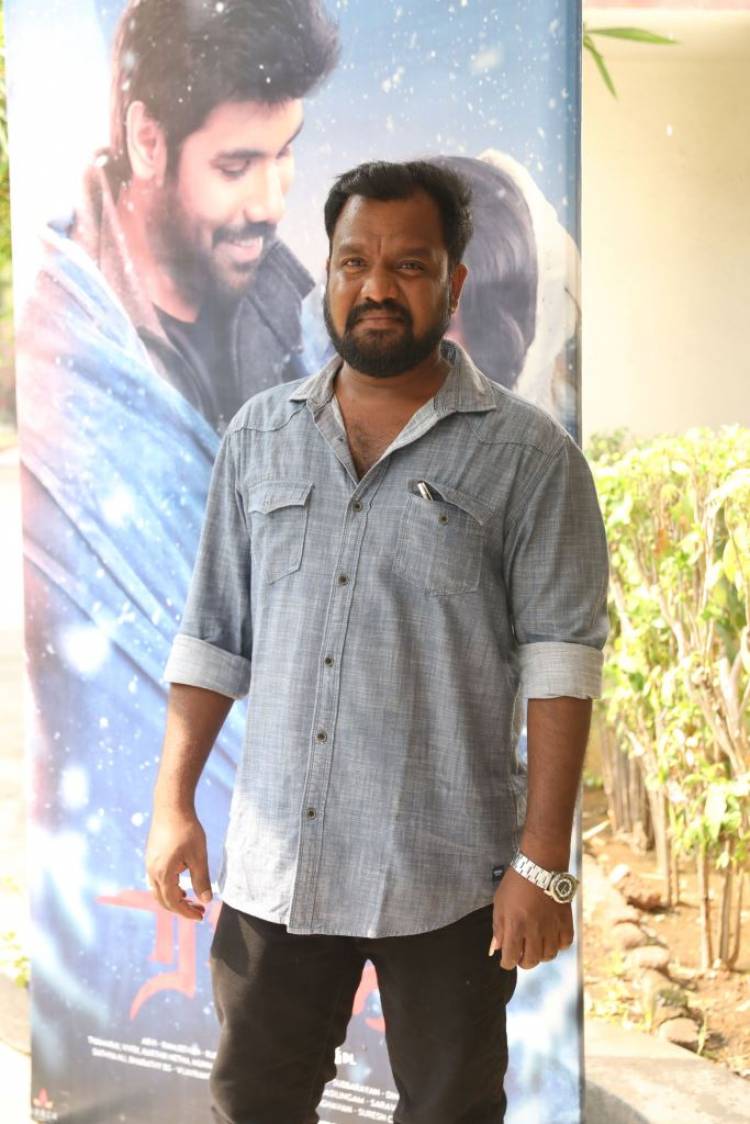 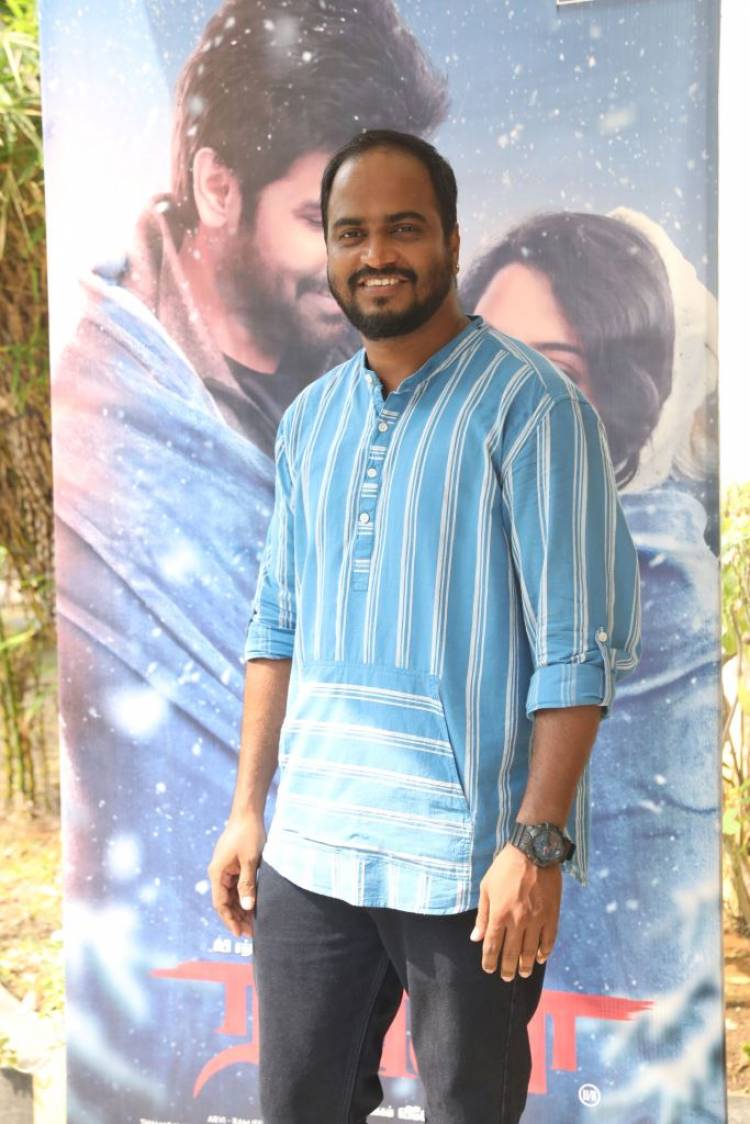 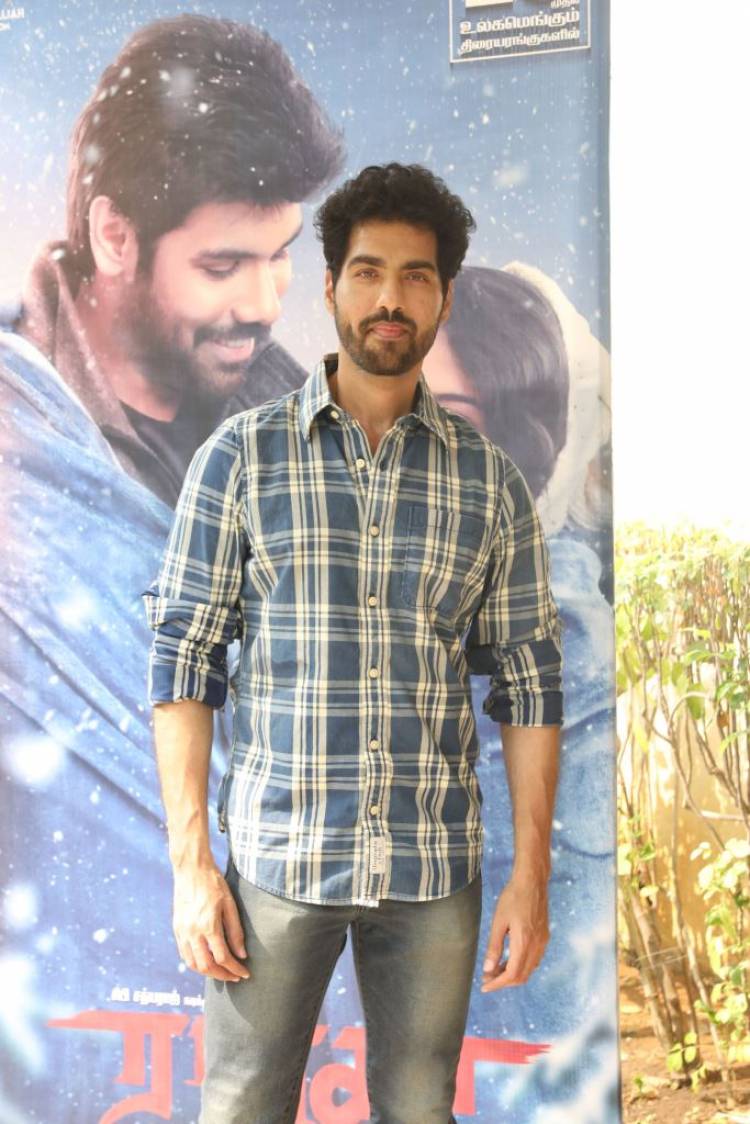 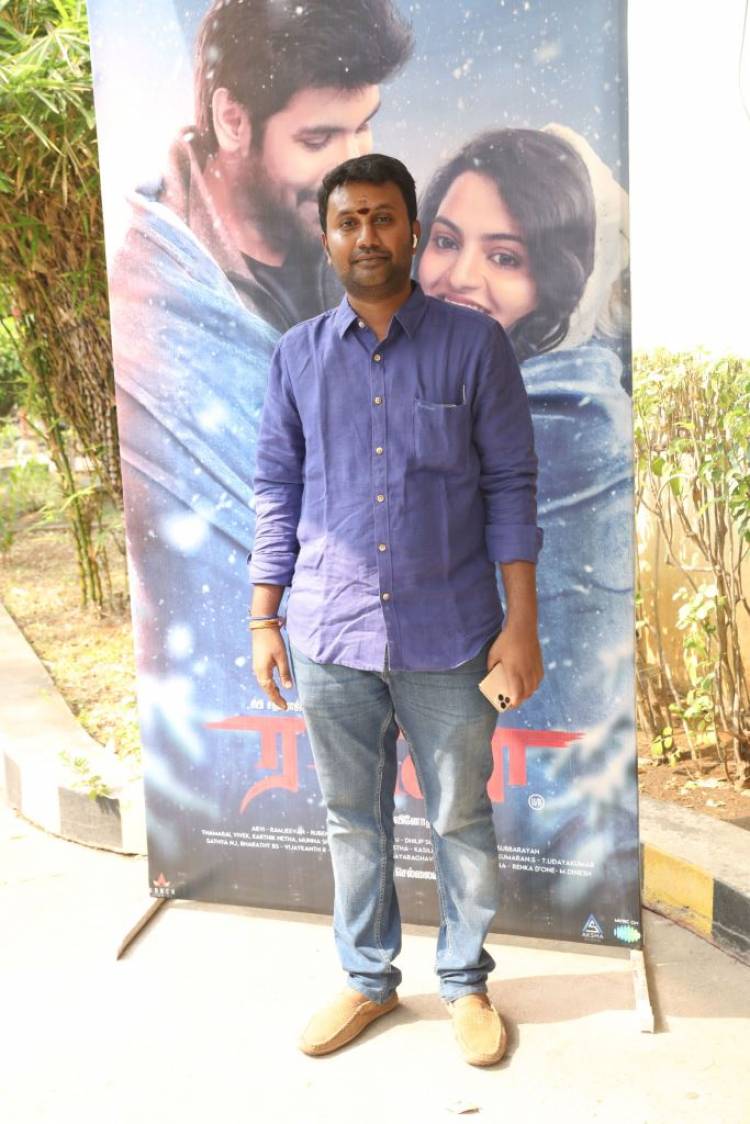 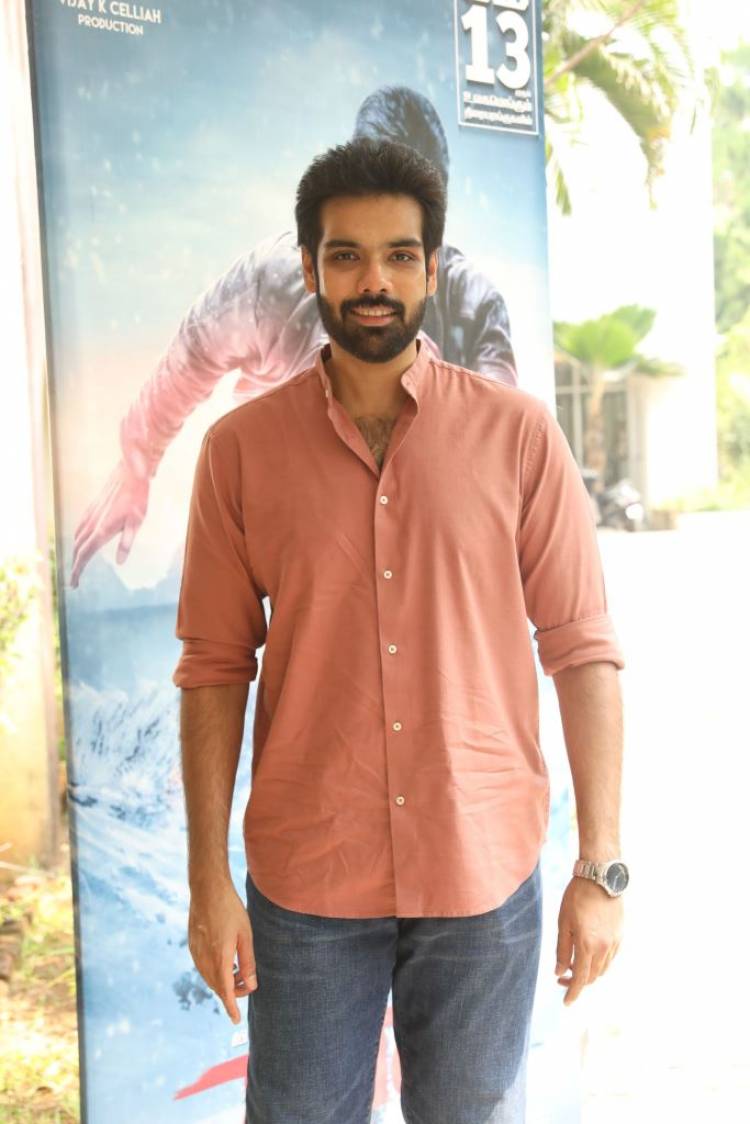 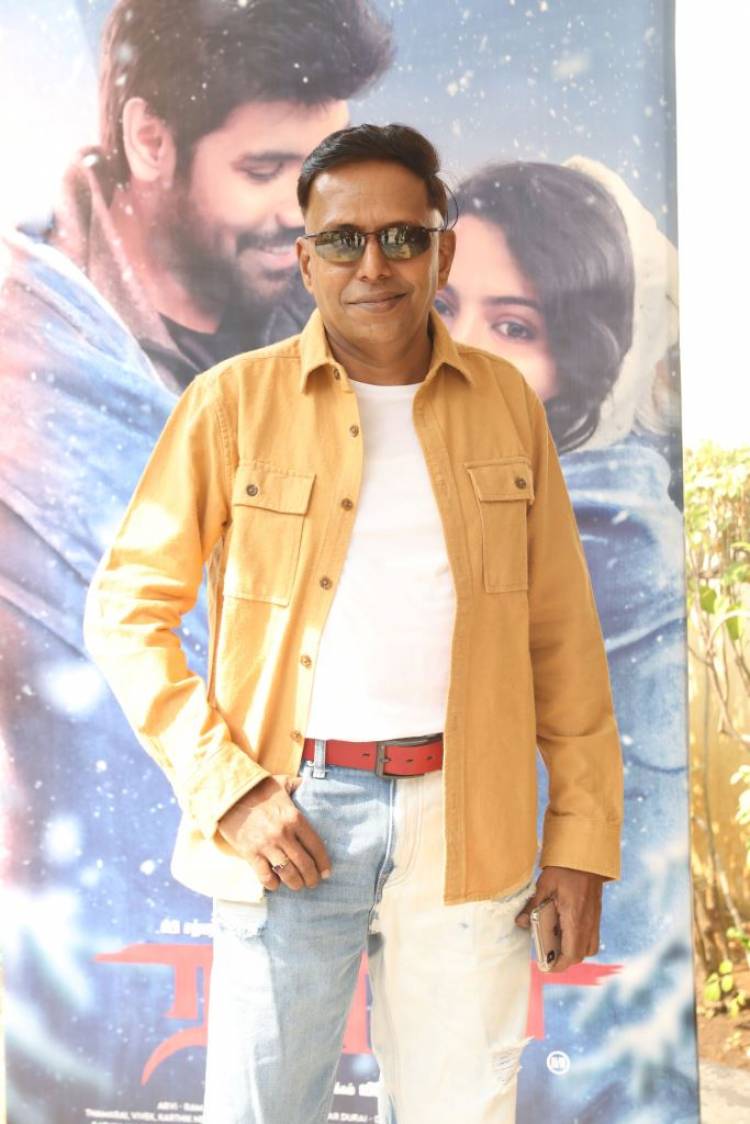 Producer Vijay K Celliah of Boss Movies is producing the film ‘Ranga’ starring Sibi Sathyaraj and Nikhila Vimal in the lead roles. The film, directed by Vinod DL is an out-and-out commercial thriller entertainer. While the film is all set for the worldwide theatrical release on May 13, 2022, the cast and crew of this movie interacted with press and media channels sharing their journey and experience while creating this movie.

Art Director Arun said, “This movie means a lot and is very special to everyone on the team. My friend Vinod’s vision and visualization are always unique and grand. His clarity and detailed input make the job of actors and technicians easier. We created a Kashmir Broken Bridge that will be one of the greatest highlights of this movie. The film has shaped up very well, and I believe it will be liked and appreciated by audiences in the theaters.”

Lyricist Karthik Netha said, “I have known Vinod from the time, he worked in the movie Nepali. I thank him for giving me a chance to write lyrics in his maiden directorial. I got the opportunity to meet the music director during this event only. He has delivered a splendiferous musical score for this movie. I wish everyone on the team a grand success.”

Sakthi Film Factory Sakthivelan B said, “Ranga will be a movie beyond everyone’s perception. The team has created this movie at the appropriate budget and the output is looking good. I am glad to see that Kashmir has been pictured very well many years after Roja. I appreciate the rapport between the producer and director as producer Vijay has contributed his best in materializing the visualization of director Vinod. Sibiraj’s ability to choose the scripts is unique and his movies are turning out to be successful ones as well. The team will reap a good harvest for the efforts they have rendered.

Music director Ram Jeevan said, “Ranga has given me the right opportunity at the right time to explore my potential. Producer Vijay is a close friend of mine, and it’s great to see him efficiently create this movie. The story of Ranga is so unique, and the screenplay is gripping and racy. There are 5 songs, and each one belongs to a different musical genre. We have made this movie for a new-fangled theatrical experience, and we request everyone to support this movie.”

Actor Azhar said, “This movie is a vision and creation of a team of friends. When we shot the movie in Kashmir, none of us in the team knew Hindi. It was indeed a challenging experience for all of us. A Rottweiler dog has performed as an important character in this movie. The experience of making it act was incredible and unforgettable as he had to face lots of challenges. It is great to see that the final output has been shaped up very well. I hope and believe that the audience will love the movie with a good cinematic experience in the theaters.”

Actor Mohnish Rahega, who has played the villain character in this movie, said, “Ranga marks my debut in the Tamil film industry, and I am glad to be a part of this movie… I got to know director Vinod through Facebook. I thank him for giving me a chance to be a part of this project. Sibiraj sir was so friendly and supportive on the sets. I was curiously waiting for the film’s release, and I am happy that it is finally happening now.”

Director Vinod said, “My journey with Ranga has been filled with lots of challenges like any other film project. Just like others, we too faced lots of issues including the pandemic phase. Finally, we are happy that our movie is getting released now. My family has been a great support and pillar for me. The film’s materialization was possible only because of the efforts of producer Vijay. I extend my heartiest thanks to him. After completing the script works, I felt that Sibiraj sir would befittingly look perfect for this role, and he liked the script very much. Sibiraj has exerted his heart and soul into this project for the finest output. Nikila Vimal has a substantial role in this movie rather than a blink-and-miss one. Everyone in this movie worked with uttermost effort and complete involvement. The film will keep shifting its genre every 20 minutes. Mohnish doesn’t know swimming, which was very much necessary for his character. However, he just got into the project without prior experience, and then, he just nailed it down perfectly risking his life. The film has come out really well, and it will be liked by all.”

Producer Vijay K Celliah said, “As everyone knows, releasing a movie is more complex and challenging than producing it. I thank Sakthi brother for being a great support for this project. I would openly admit that if not for the support of Sibiraj anna, this movie would have not been possible. I believe that audiences will love Ranga and enjoy it in the theaters.”

Actor Sibiraj said, “Initially, Vijay suggested I listen to the script of Ranga. I liked the core characteristic of the protagonist affected with the alien syndrome, a condition where the hand doesn’t listen to the instructions of the brain for its movement. However, I doubted if a new director would materialize it as narrated. But my assumptions were proved wrong during the first schedule in Kashmir itself. His craftsmanship is top-notch and proficient. I have a production house, but then, I would have not agreed to shoot this movie in Kashmir. Nonetheless, Vijay gave a nod to the director’s idea to film major portions over there, and I thank him for this. Although there were lots of OTT offers for this movie, producer Vijay was firm to release it in the theaters first. I am so glad about his decision. Press and media have always showered their support for my movies, and I am sure that all of you will like this movie.”

Marvel Studios presents “Eternals,” the 25th movie in the...