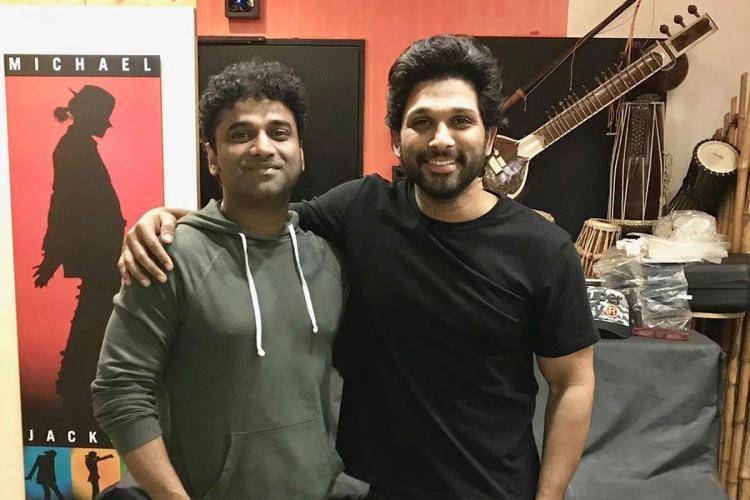 Allu Arjun, the stylish Telugu hero, had a first Tamil release 'Pushpa' last week, and it didn't take much time for the favorite actor's film to enter the profit zone. The film has reportedly grossed Rs 15 crore in Tamil Nadu, and the makers had a grand success meeting on Wednesday in Chennai to thank fans. In the meet, Allu Arjun thanked Devi Sri Prasad for 'Pushpa' Tamil success. As the actor already said in the pre-release event, Devi Sri Prasad is the one who initiated Allu Arjun to have a simultaneous release of 'Pushpa' in Tamil, and the actor then followed it. Allu Arjun is also happy that he has finally won big in his home state and city, as he was born and brought up in Chennai.
Allu Arjun was so cool and happy during the entire event, and his fans went crazy at the stadium by cheering out loud continuously. Allu Arjun has thanked all singers for successful songs and accepted a request of singer Rajalakshmi to click a selfie with her.

Allu Arjun's 'Pushpa', which is originally a Telugu version, has been released simultaneously along with Tamil, Malayalam, Kannada, and Hindi versions. Despite mixed reviews, 'Pushpa-The Rise' has been doing well at the box office, and the overall box office number of the film is expected to be the highest one of the year.

#RaashiiKhanna looks bright and beautiful in this black saree

Gorgeous @AgerwalNidhhi  has signed her 3rd Prestigious Project with #RedGiantMovies...

Check out the latest photoshoot stills of actress Meera Mitun.........