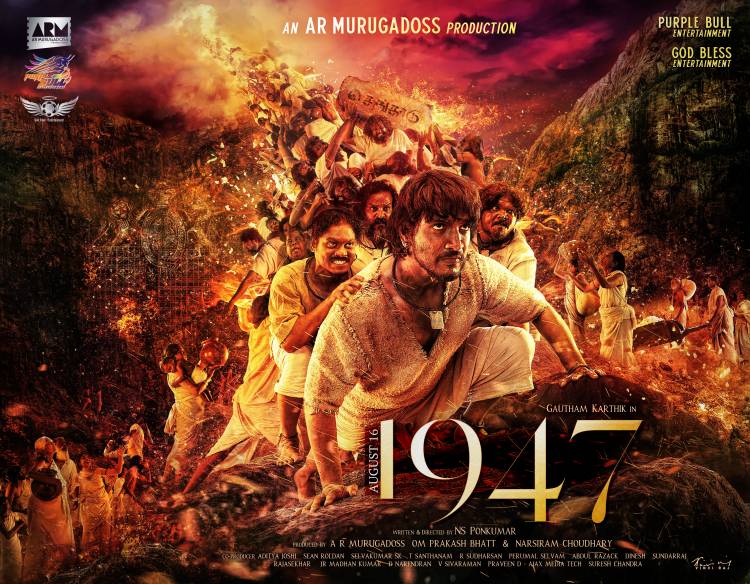 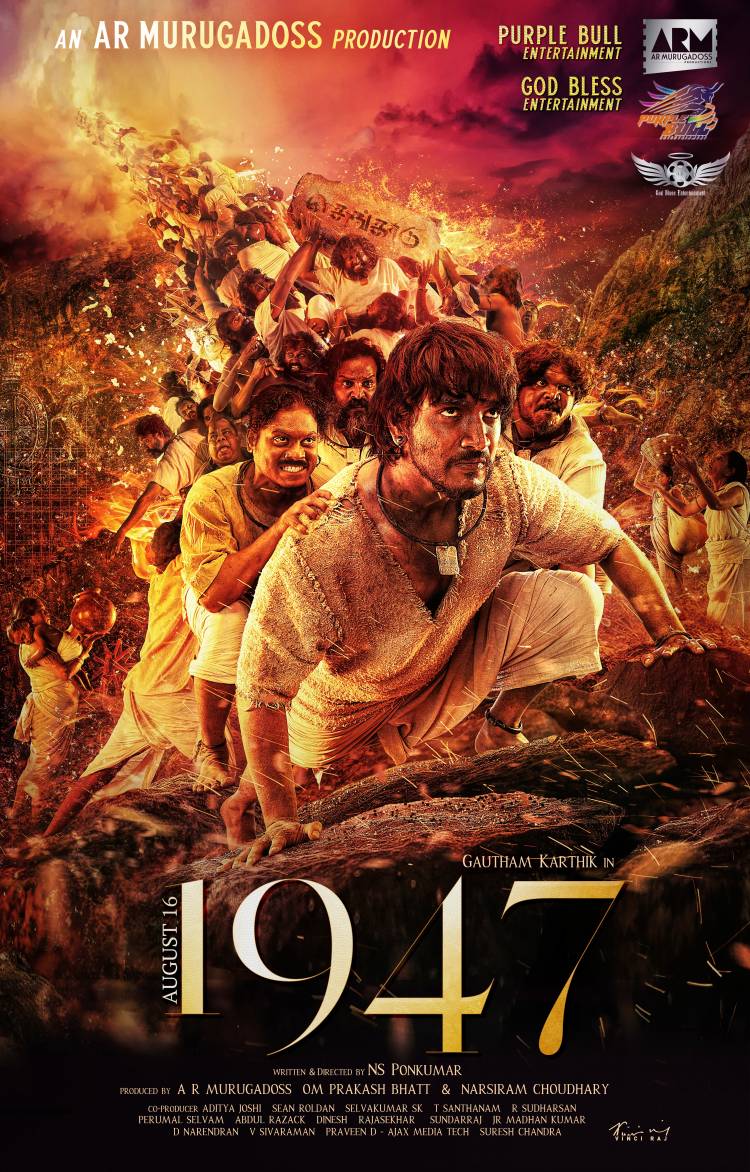 From directing elite superstars of the Tamil and Telugu industry to working with Aamir Khan and Akshay Kumar in Bollywood blockbusters; A.R. Murugadoss is a name that symobolizes cinematic excellence and massive pan-Indian success.

He has moulded a spate of promising young talents, with some filmmakers making a shining debut under his banner. He has also backed many memorable movies over the years, his very first production being in association with Fox Star Studios.

With a shared passion for investing in diverse content and unique stories, the Ghajini director has now collaborated with Purple Bull Entertainment to produce an array of exciting movies. Their maiden venture, titled “1947 August16” is a power packed period saga directed by yet another exciting new talent, N.S. Ponkumar, who has been Murugadoss’s long time associate director.

Starring Gautham Karthik alongside debutant Revathy, the film tells the story of a remote village where one brave man battles evil British forces during the cusp of Indian independence. Shot in the pristine and picturesque inner locales of Tamil Nadu, the project is on the heels of completion, currently in the post production stage.

Producer Om Prakash Bhatt, Purple Bull Entertainment, says, “The Tamil film industry has always been a pioneer when it comes to marrying top notch craft with stellar scripts and breathtaking performances. We are happy to be a part of this wonderful industry, and that too with a movie as special as 1947 August16”

Producer AR Murugadoss says, 1947- August 16th is an ambitious and honest story that I came across. It is a significant and heart touching piece of work that demanded to be told and heard. This will stay with you forever once you see it.

Director N.S. Ponkumar says, This is not a story about a freedom struggle, but a group of innocent villagers understanding “What is Freedom”? One among them is the protagonist, who is always aggressive and furious, a heroine with a yearning heart, people who laugh out sarcastically about their problems, and old-aged elderly couple in love. The story revolving around these characters is narrated with emotional essence and a gripping screenplay

The stunning and talented @advani_kiara is all set to join...

The stunning and talented .....