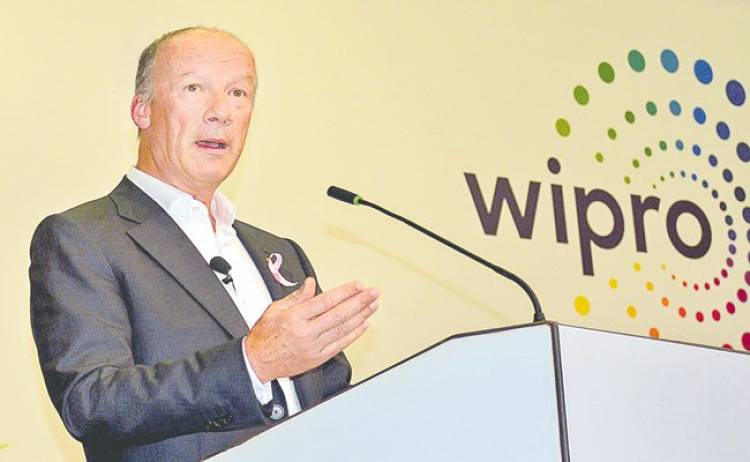 IT services revenue, which accounts for more than 95% of its total businesses, stood at $2.79 billion, a YoY increase of 8.4%. In constant currency terms, IT revenue grew by 4.1% over the previous quarter, the company said.

“Since the last time we spoke in July, macro-economic conditions across almost all markets, and sectors, have changed, “ CEO and MD Thierry Delaporte told the media.

“We are seeing a change in the level of optimism in customers, as businesses around the world are dealing with inflationary pressures, geopolitical turmoil, energy crises, and rising interest rates.’‘

Almost every major economy was experiencing economic deceleration, he further said adding, “It is against this backdrop that we delivered a strong quarter in Q2.’‘ Wipro won 11 large deals worth $725 million in the quarter.

For Q2, Wipro reported an operating margin of 15.1% compared with 15% in the previous quarter. The company said it achieved margin improvement despite giving salary increases and increments to its staffers during this period.

“We achieved margins of 15.1% in Q2 after absorbing the impact of salary increases and promotions. This was led by better price realisations and strong operational improvements in automation-led productivity,’‘ explained Jatin Dalal, Chief Financial Officer.

For the third quarter, the company has projected its IT services business to be in the range of $2,811 million to $2,853 million, a sequential growth of 0.5 to 2% in constant currency.

Wipro also said in Q2, it promoted more than 10,000 employees, given salary revisions across the board and 85% of its employees would be given 100% variable pay.

Also, its voluntary attrition, measured in the trailing 12 months for the quarter, stood at 23%, a moderation of 30 bps from the previous quarter.

‘No ambiguity around moonlighting’
Mr. Thierry said Wipro had a clear position over the issue of moonlighting. “It’s a question of ethics. Conflicts of interest happen when the existing interest is mixed up or compromised,’‘ he said while responding to media queries on the issue. “There is nothing actually new about moonlighting. Whenever there is a conflict of interest and violation of the employment contract, we will take action. This has always been so,’‘ clarified Saurabh Govil, CHRO, Wipro.

Irrespective of age, vision problems in the recent times has taken a toll on everybody’s...