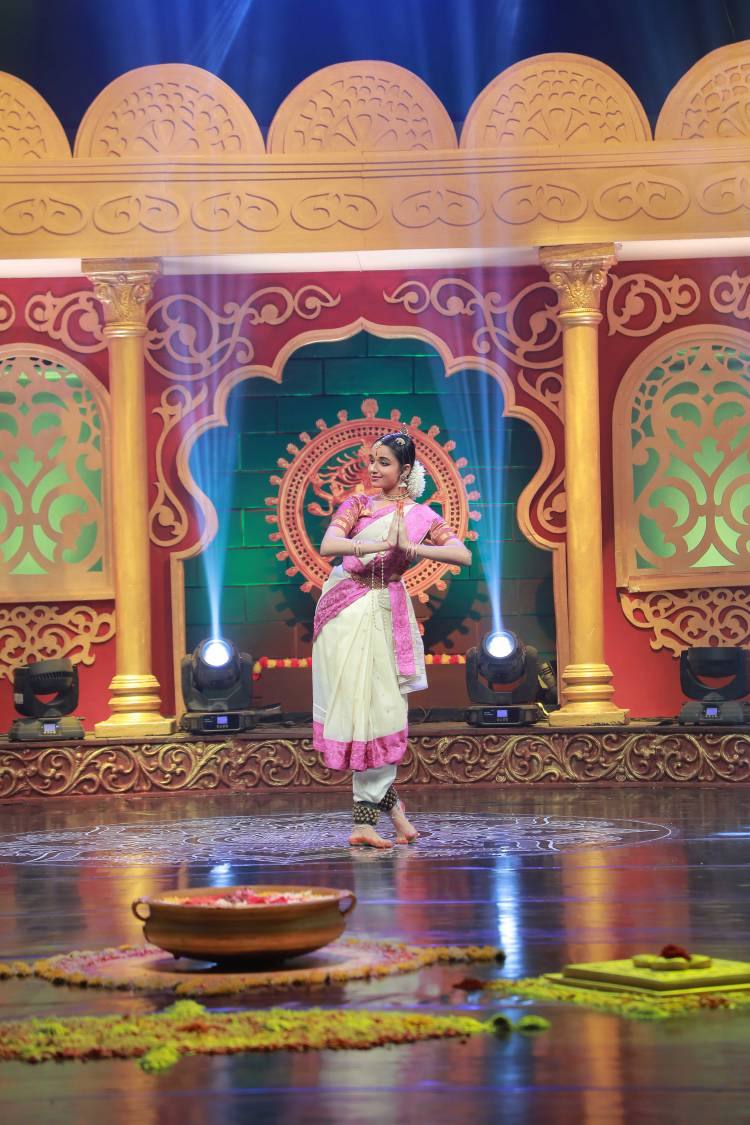 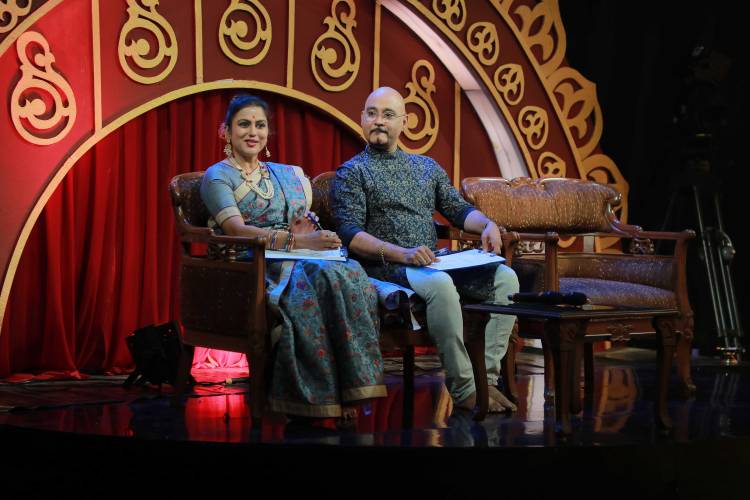 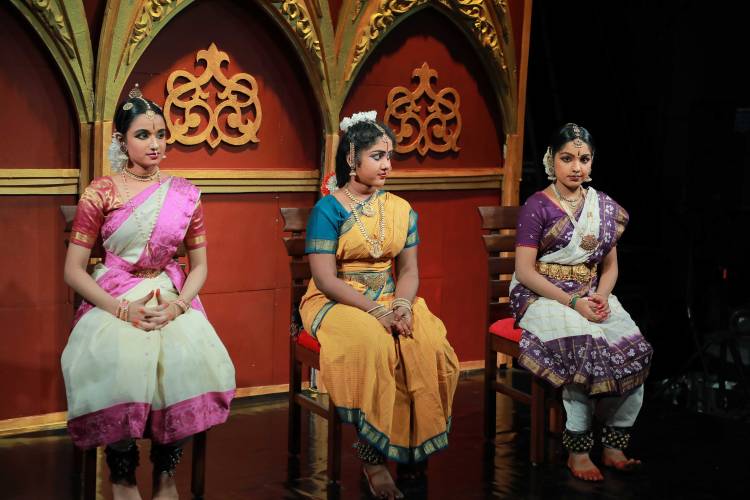 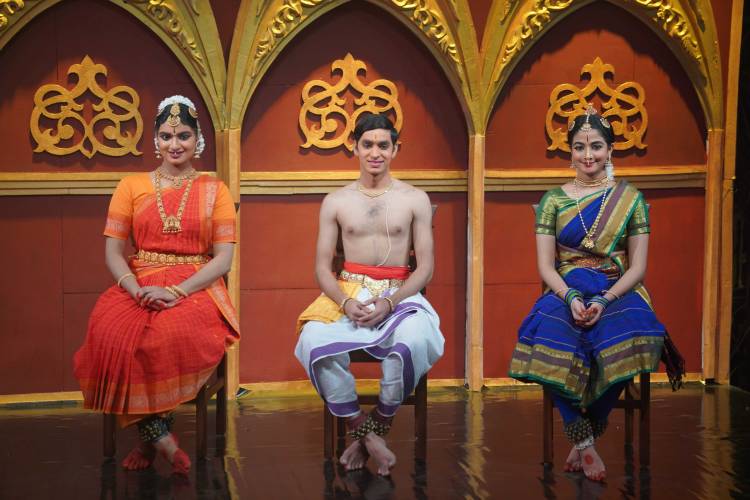 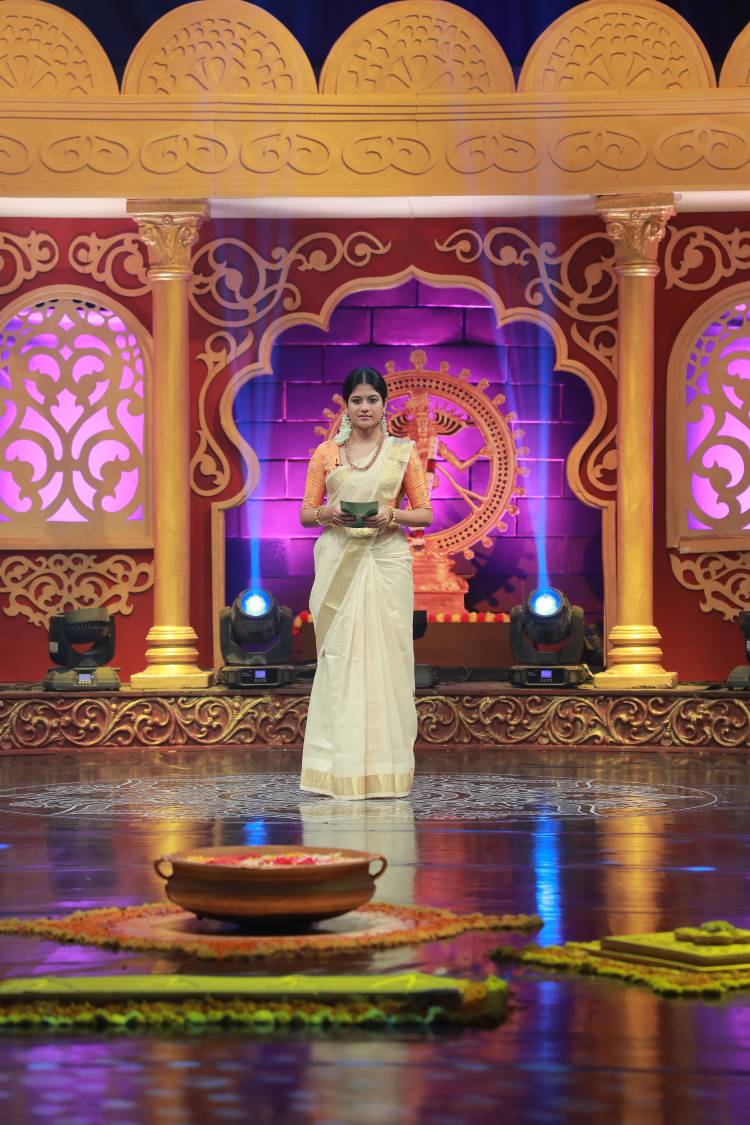 ‘THAKA DHIMI THAKA JANU’
THAKA DHIMI THA' of Jaya TV is the greatest contribution of the channel to the classical Dance of Bharatanatyam.
Jaya TV had created this space to promote young Bharatanatyam dancers and ‘THAKA DHIMI THA' was a show of a different kind which had more than 500 episodes telecast and it also won the National RAPA Award( Best dance show on Television)
It brought together more than 5000 young talents, nearly 1000 dance gurus including the legends, and it was a super hit show which was then anchored by the leading Actor-Dancers. - BHANUPRIYA, SHOBANA, SUKANYA, MOHINI, SUDHA CHANDRAN , ANNI MAALAVIKA, VIMALA RAMAN, INDRAJA, APARNA and many others.
And now Jaya TV is coming out with a new Bharatanatyam game show  ‘THAKA DHIMI THAKA JANU ' with newer concepts and newer rounds. This new show is planned as seasons.
Every season of 26 episodes will have preliminary round, quarter finals, semi finals and the finals and the season 1 winner will be selected
Each level will have different rounds to compete in
The preliminary round has been shot as 14 episodes. A total of 42 participants were auditioned and selected and they were a part of this first preliminary round. We will have 14 winners. We will also have 4 wild card entries. The contestants will have to compete in 3 challenging round.
1. TILLANA ROUND
This first round is a challenging one and will test the dancer’s skill, ability, standard and stamina. The Tillana is a fast number interspersed with intricate complex rhythms.
2. The second round is FILM SONG - Tirai Isai sutru
This round will evaluate the Abhinaya or expressions skill of dancers. The contestants will have to perform to an ever green melody from the films. They are not allowed to select songs that are danced to in films. Non dance songs will have to be chosen
3. The final round is the suspense round called SANGAMAM
Every contestant will have to pick a chit from a bowl and whatever they get; they have to dance to that.
It could be folk, instrumental or even a property.

The preliminary 14 episodes had 2 judges per episode. They are all established Gurus and performers of repute - all Kalaimamani awardees and Doctorates in Natyam.
This unique show is hosted by Actor- Dancer 'Aruvi' fame Aditi Balan.
The concept and Direction is by 'Kalaimamani' Dr. Radhika Shurajit
Script, Co ordination and Assistant Direction : Sri. Churchill Pandian
‘THAKA DHIMI THAKA JANU will be telecast every Sunday 9.30 AM

Ariel and Whirlpool spread the message of gender equality...

Dream Sports joins India’s march towards becoming a US$5...