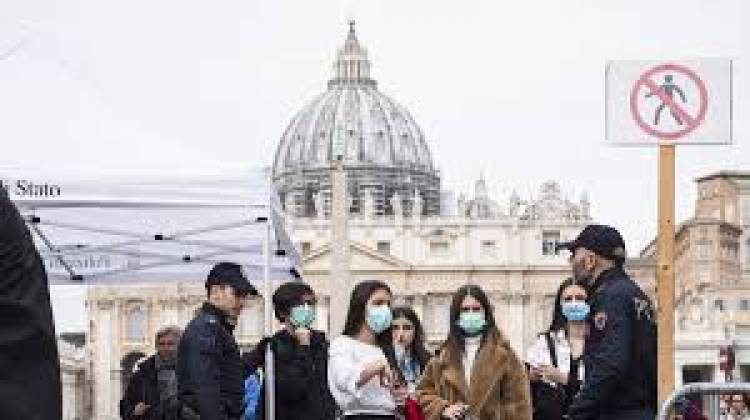 Iran said Saturday that 123 more people had died from coronavirus, raising the official death toll to 1,556 in the Islamic republic, one of the world's worst affected countries.

Health ministry spokesman Kianoush Jahanpour said 966 more cases had been confirmed over the past 24 hours and 20,610 people were now known to have been infected in Iran.

A total of 7,635 people have recovered from the disease, he told a televised news conference.

The Islamic republic is among the three countries hardest hit by the virus with an official death toll behind only Italy and China.

The authorities have asked people to avoid all travel during the Persian New Year holidays, which usually sees almost all citizens take to the roads.

But the pleas have been ignored by many.

According to the Iranian Red Crescent, around three million people have left the 13 most virus-affected provinces by road since March 17.

Jahanpour said there was "a minority who did not follow the guidelines", warning that provinces popular with tourists would not welcome visitors for the Nowruz holiday.

Some provinces have ordered hotels and other accommodation to close.

Supreme leader Ayatollah Ali Khamenei and President Hassan Rouhani pledged Friday that the country would triumph over the virus.

Ranveer Singh and Mahesh Babu will be seen in a new avatar with model Diva Dhawan.........

BJP to dedicate civic poll victory to CRPF men killed in Sukma, The BJP on Wednesday...