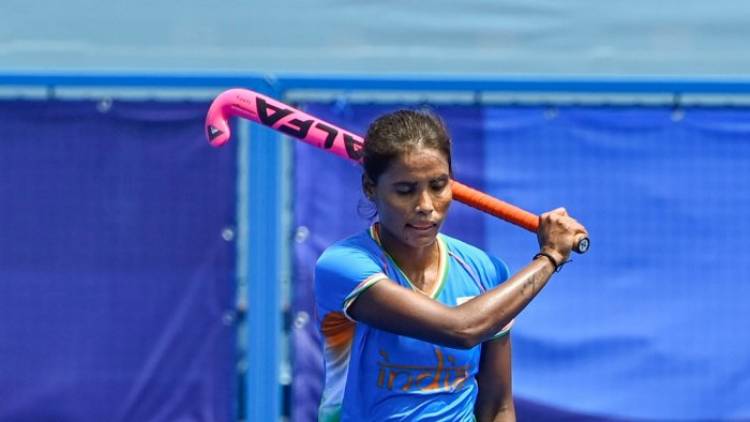 Vandana, a member of India's historic fourth-place finished side in the Tokyo Olympics, is also eyeing a top-two result in this year's FIH Women's World Cup
Star Indian women's hockey team striker Vandana Katariya has set her eyes on wining the gold medal in this year's Asian Games in Hangzhou, China to help them directly qualify for the 2024 Paris Olympics.

Vandana, a member of India's historic fourth-place finished side in the Tokyo Olympics, is also eyeing a top-two result in this year's FIH Women's World Cup to be co-hosted by the Netherlands and Spain from July 1 to 17.

"The goal that I have set for myself this year is to help the team win the gold medal in the Asian Games so we can secure our qualification for the 2024 Olympics.

"I am also excited for the World Cup this year, where our goal is to make it into the final of the competition. I am going to work really hard on my technical skills in training, because that is the best way that I can help the team’s cause," Vandana said in a release issued by Hockey India.

Following her father's death in April 2021, Vandana also spoke about the support she had received from her teammates and chief coach Janneke Schopman at a difficult period in her life.

"After losing my father last year, the support that I received from my teammates, national team staff and (chief coach) Janneke Schopman helped me stand on my feet again.

"It has been a major turning point in my life and my career. I realised that just like I have a family back home, these people are like my family in the national camp," she said.

Sonia Gandhi has been elected chairperson of the Congress's...

Sonia Gandhi has been chosen the chairperson of the Congress's elected parliamentarians...