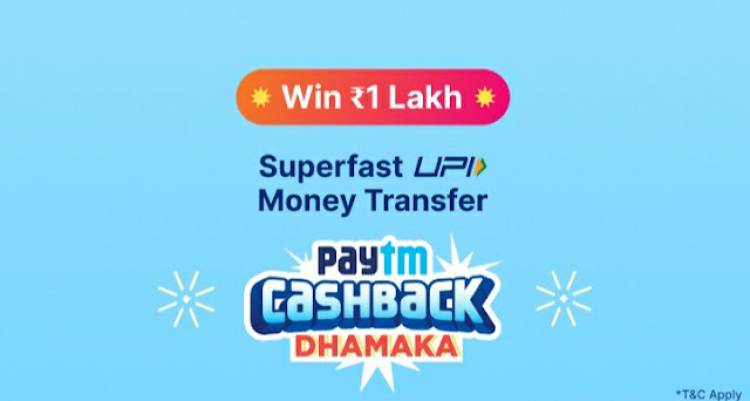 Hyderabad: India’s leading digital ecosystem for consumers and merchants Paytm has been running its Cashback Dhamaka program, which is a cashback festival. Aligned with the celebration of the festive season in the country, Paytm has been awarding 10 people with ₹1 lakh cashback each every day. So far, 130 users have won ₹1 lakh cashback.

Paytm users from Delhi, Maharashtra, Uttar Pradesh, Rajasthan, Kerala, Karnataka and many other states have won so far. Many users said the win came to them at an opportune moment with the festivities around the corner, so they can buy gifts for friends and family.

But there were many interesting stories too. Tufan Maji, 26-year old farmer from Bardhman, West Bengal who won the cashback told Paytm that he will be using the winning amount to buy agricultural equipment. Pritam Das, a 22-year old winner from Assam, said he would invest the amount in stock markets.

In exciting news for Paytm users, the festival is far from over and users still stand a chance to win big bucks through payments done through the app.

The company had earlier announced that during the peak festive season (October 14-November 14), everyday 10 lucky winners will win ₹1 lakh each..

This Holi enjoy a range of wraps with the newly launched...