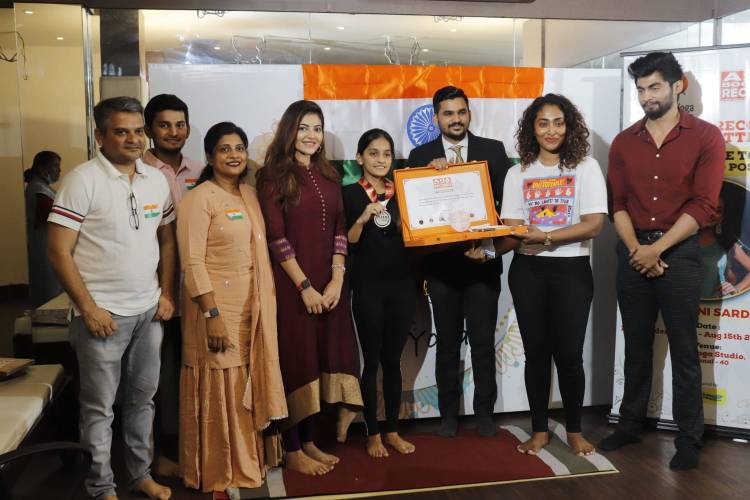 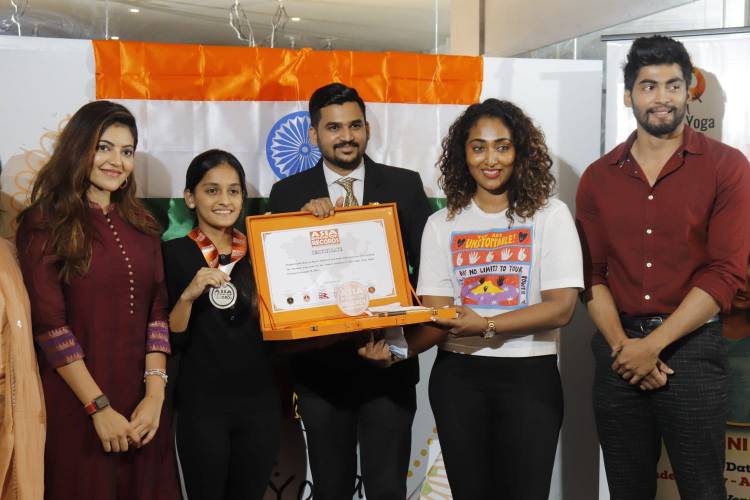 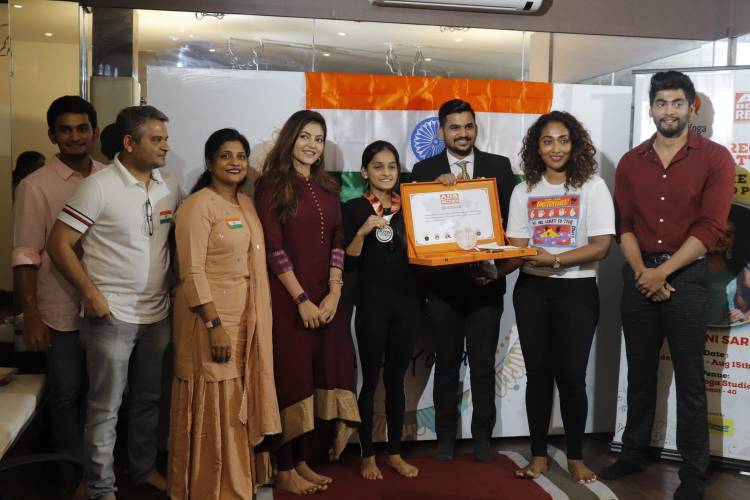 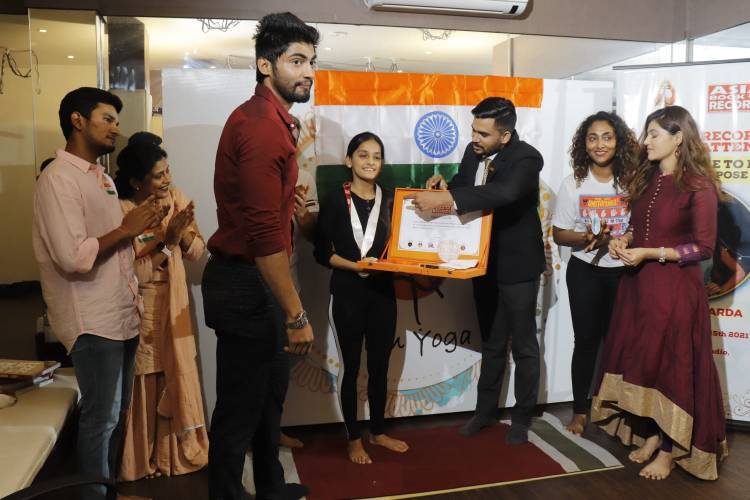 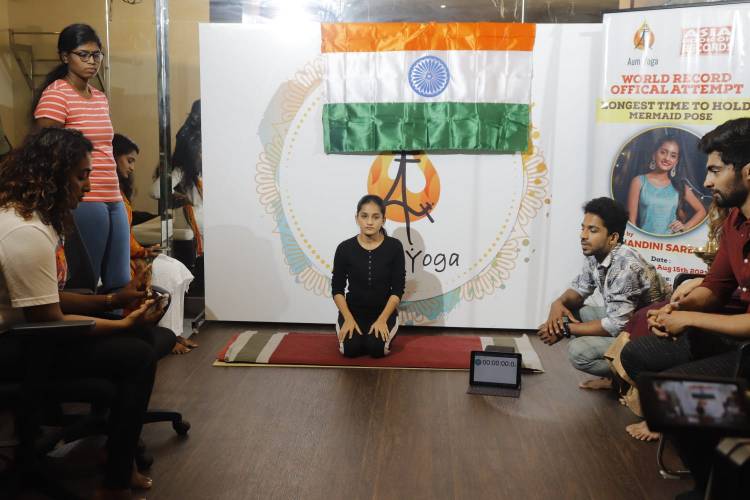 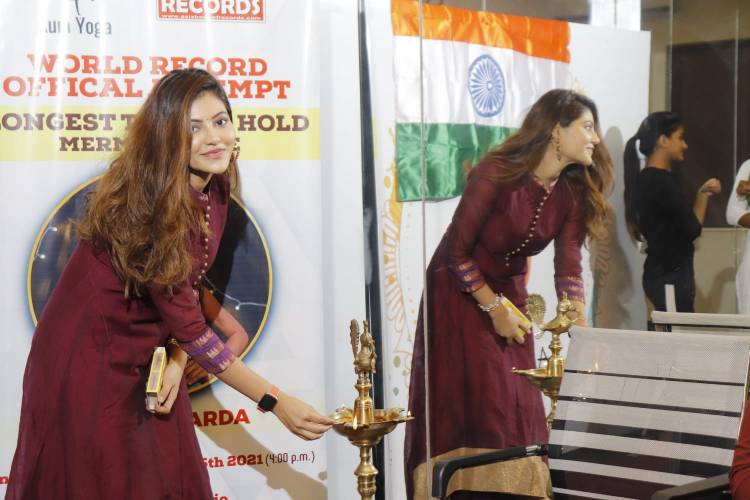 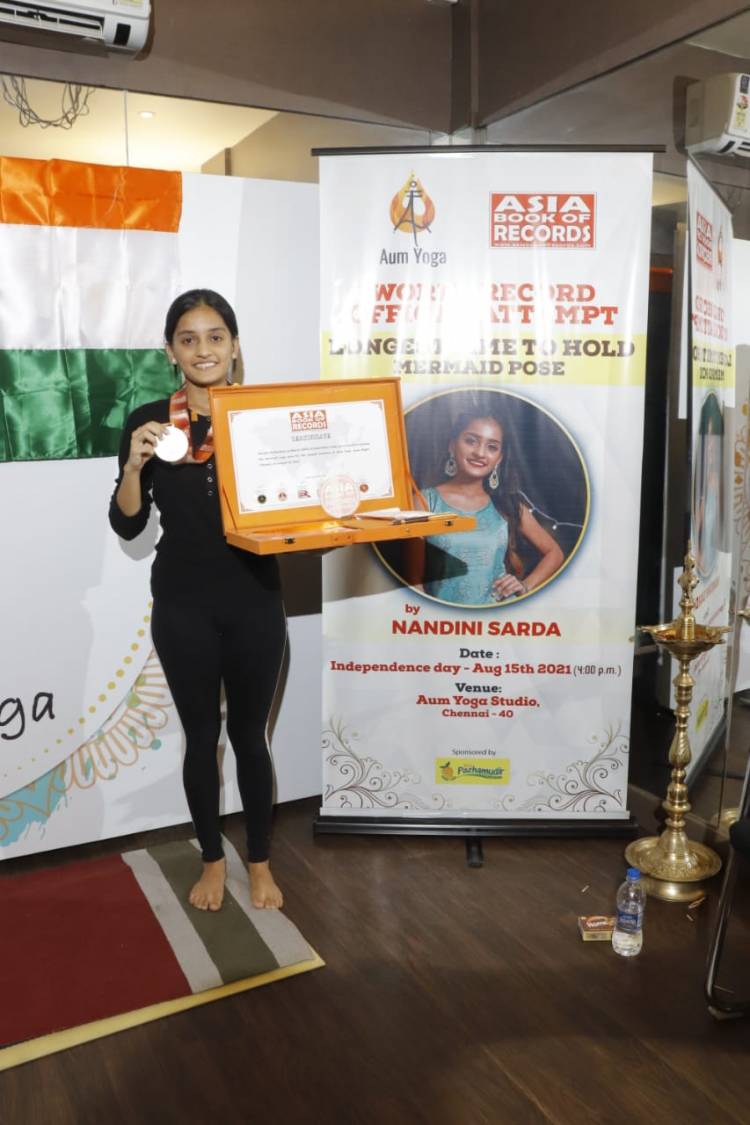 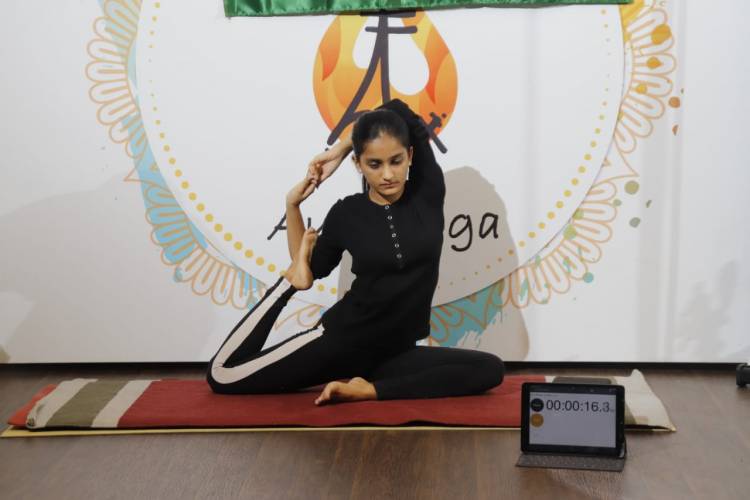 Mermaid Pose Held for the Longest

Rajakapotasana) for the longest duration at Aum Yoga Center. Ms Nandini Sarada who is a

passionate dancer and an enthusiastic practitioner of yoga, created a new world record for the

back into what resembles a mermaid’s tail arch. In the attempt to set a new world record

Nandini held her contorted body in place for 51 minutes and 58 seconds.

The founder of Aum Yoga, Dr. Kavitha Moahan says that, “I have been practicing and teaching

yoga for more than 20years. I won 2 Guinness world record and now training my students to

achieve their dream. Nandini was training with me for more than a year and now for the record

she is been practicing for almost a month. Aum yoga is a place where dream comes true. If you

want to win life we are here to guide you through”.

Creating a new world record with a yoga pose learned in only a month, Ms Nandini Sarada says

that, “It is a moment of mixed emotions of gratitude and pride, thanking my teachers , family

and friends for supporting me through this and pushing me to achieve my dreams . My gurus

Ms Mahatria and Dr. Kavitha has always directed me towards grabbing the right opportunities

other 17 year olds look up to.

Thiyagarajah was also present during the occasion.

Dr.Kavitha Moahan, the founder of Aum Yoga has completed her B.tech Bio-technology at Sathyabama

university-India and the did M.Sc. Bio-science at university of western sydney, Australia. She then worked

on Probiotics and healthy bacteria. She has been practicing yoga from a very young age. She slowly

which she has helped many people and was awarded many honorary awards for the same. She was also

2020 which accounts for almost 20 years of service in this field. She has also received Guinness World

Radio One 94.3 launches an exclusive One Hour segment in...

Radio One, a popular FM station in Tamil Nadu has launched an exclusive show with...

Munch on this monsoon with Cornitos and enjoy an amazing...

Wheels Wisdom brings its Personalized Car Services to the...