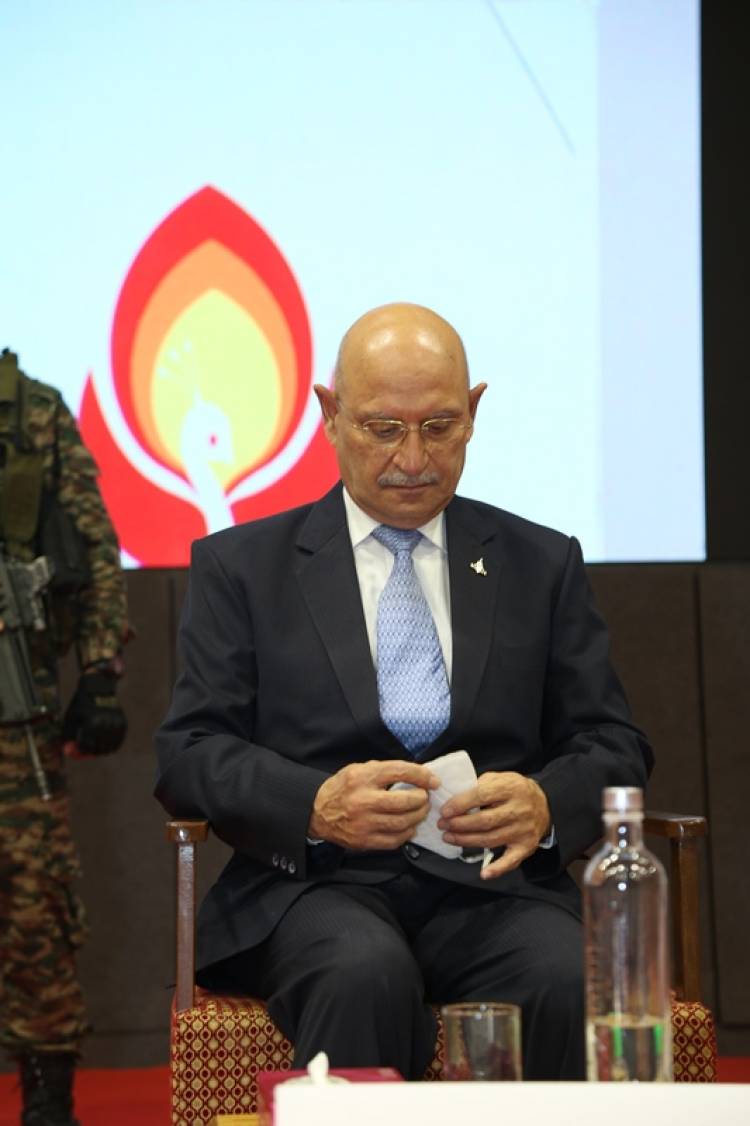 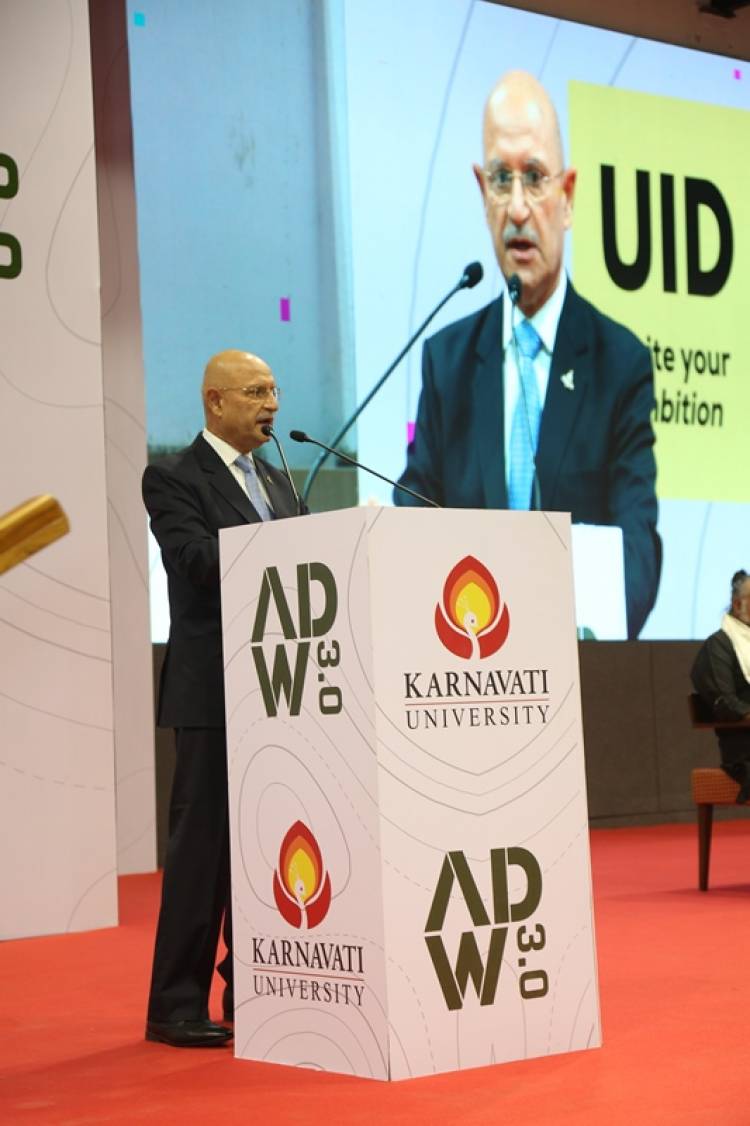 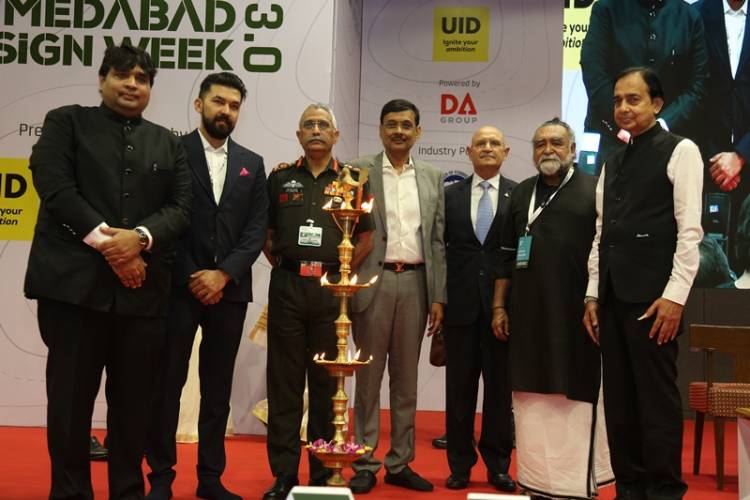 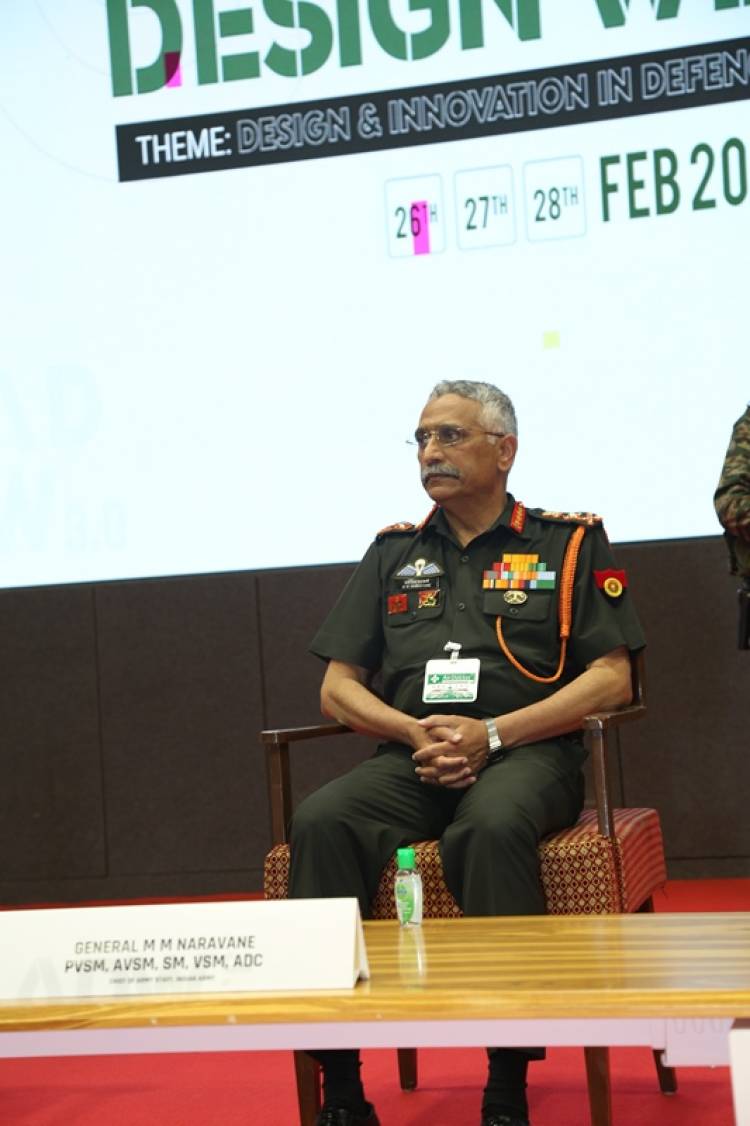 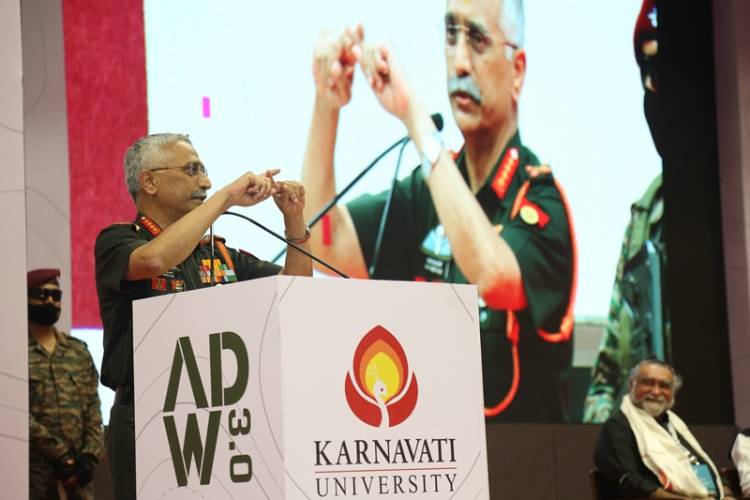 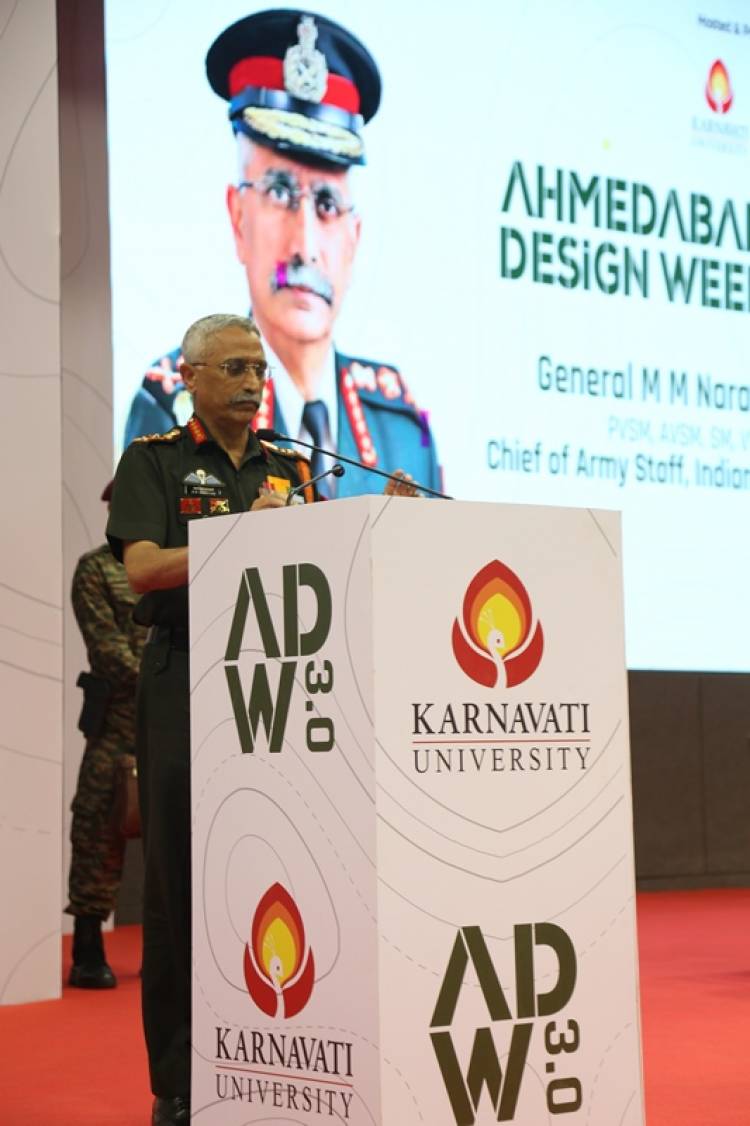 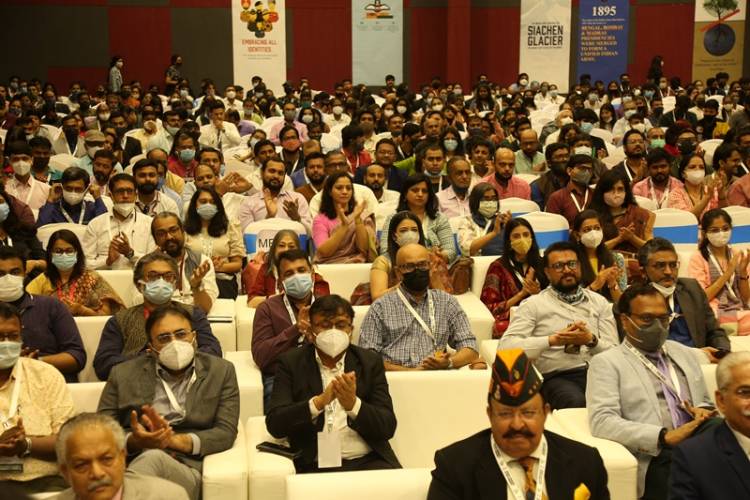 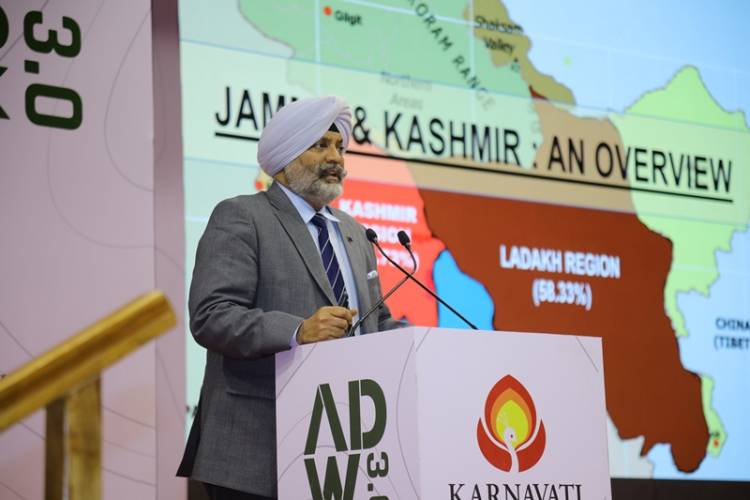 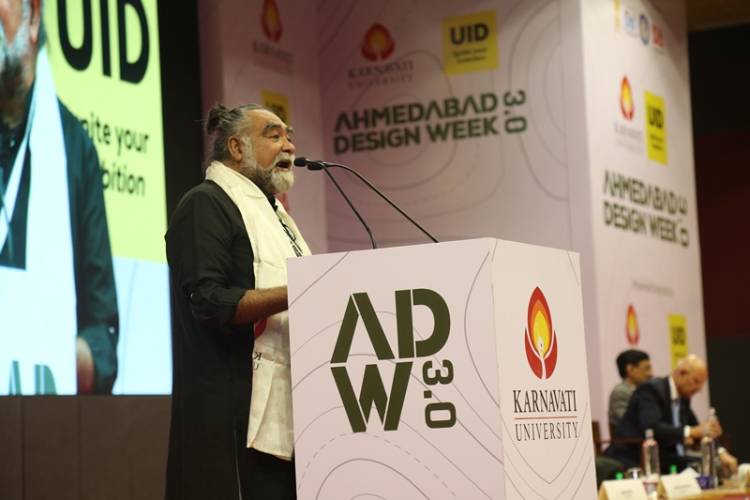 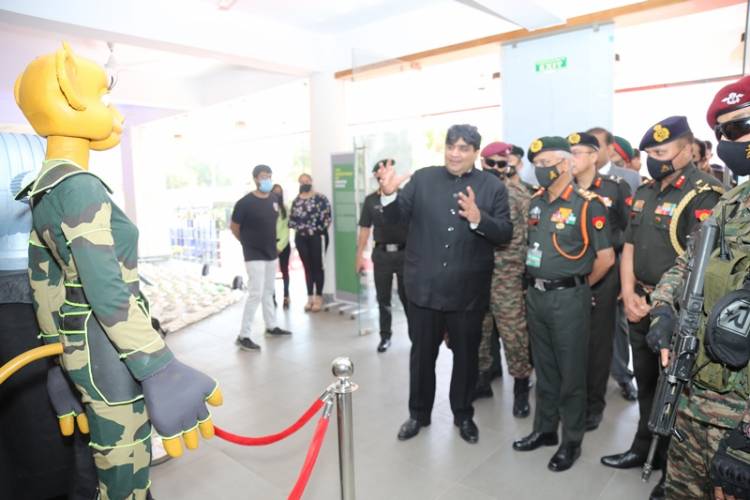 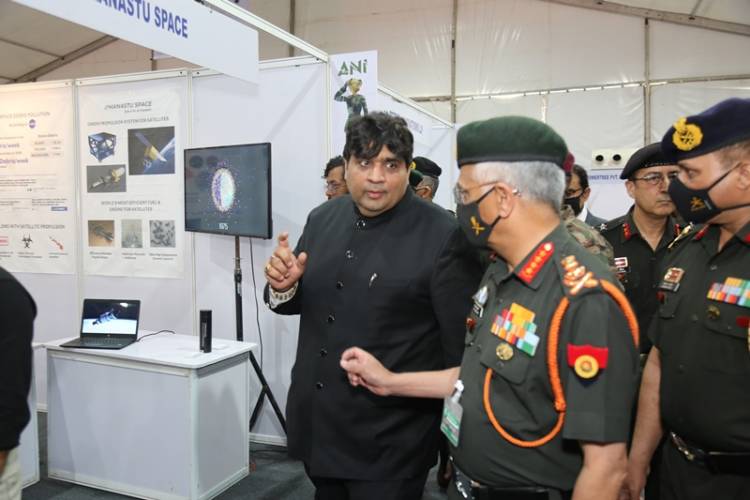 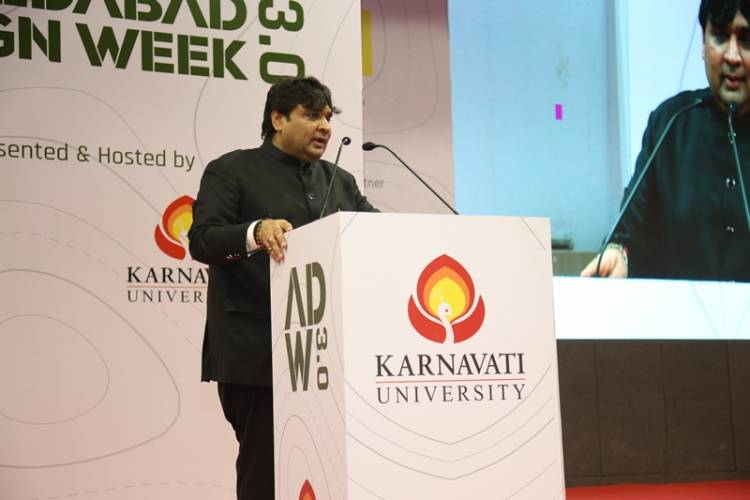 The three-day design confluence, ADW 3.0 is themed on Design and Innovation In Defence and Aerospace; Thought Leaders, Startups, Investors from Defence Design Fraternity participated in the event

Bengaluru, February 28, 2022: Honourable General MM Naravane, Chief of Army Staff, Indian Army on Saturday inaugurated the third edition of Ahmedabad Design Week (ADW)– a melting pot of ideas and insights – organised by Karnavati University, based in Uvarsad, Gandhinagar. Karnavati University is a state private university dedicated to excellence in teaching and is focused on interdisciplinary learning. This year’s theme for ADW 3.0 is Design and Innovation in Defense and Aerospace – a topic of strategic importance.

During the inaugural address, General M.M. Naravane also spoke about the four Ds of Design – Discover, Define, Develop and Deliver. Speaking of the importance of design and its applications in the defence sector, he said, “The Indian Army has recently embarked on a programme for future ready combat vehicles. Both these are at conceptualization stage and we are open to ideas. The future in aerospace and defence is electric in the way things are going to change. As we go ahead more and more electricity-based equipment will come up that are not dependent on fossil fuel. There's a lot of work that can be done in the field of miniaturisation. We cannot afford to have large platforms. The size of our ship and aircrafts have to be small.”

“When you're designing something today, you must see where it will be 50 years from now. Requirements of the modern day battlefield are daunting and diverse. Designing a system that fits all in one is daunting. In designing, you must keep these aspects vital, essential and desirable in mind. If this aspect is kept in mind we would be able to do much better. For instance, a vehicle that can efficiently operate across all terrains or say develop a technology that makes potable water available easily in inaccessible areas. We are looking for technology solutions,” General Naravane further added.

Retired Air Marshall R. K. Dhir, who was also present during the inaugural ceremony, said, “National security is essential for a nation. A nation becomes strong through pillars of military power, diplomacy and even economic might. Self-reliance that breeds from the need to exist and survive is crucial and today, the industry is looking inwards for dependence. To achieve this, entrepreneurs and industry must take the lead now.”

“The national leadership is creating an ecosystem to make India strong. A leading manufacturing company may soon come into Gujarat for defence manufacturing. This is where the scientists, DRDO and others have to work together,” Air Marshall Dhir further went on to say.

Shri Prahalad Kakkar on the other hand, spoke on the criticality of defence manufacturing in India. He said, “Anything will function better when better designed. Today we sit in a world which is dangerous. India lags in its defence abilities not just for defence but even technology.  Today, even though we are late, but it is important to look at defence production. The business of war today is not about protected world wars but about economics. It is a country's abilities to sustain a war is what decides it's might, where our focus must be stationed.”