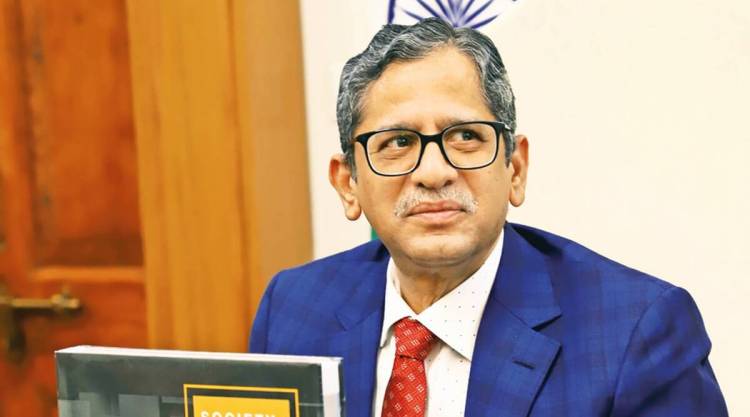 Chief Justice of India (CJI) N.V. Ramana said he was in favour of forming standing committees headed by the Chief Justices of the High Courts to investigate complaints received from the common man of “atrocities” committed by the bureaucracy, especially police officers, in the country.

The CJI’s oral observation comes even as police officers are in the spotlight for committing serious crimes. Recently, the police officers in Gorakhpur in Uttar Pradesh have been accused of causing the death of a businessman during a raid in a hotel.

In Tamil Nadu, the CBI had charge-sheeted nine policemen for the custodial deaths of the father-son duo, P. Jayaraj and J. Benicks. There have been instances in which district administration officers were recorded on video physically manhandling citizens during the lockdown.

The observation came when the court was reserving judgment on petitions filed by suspended Additional Director General of Police Gurjinder Pal Singh in Chhattisgarh. He had sought protection from arrest in various criminal cases, including sedition, extortion and criminal intimidation, arraigned against him by the current government.

The court recently made oral observations in the case about how police officers act with impunity with one government but have to “pay back with interest” when there is a regime change. It had, in an earlier instance, wondered at the plight of police officers caught between rival political parties who come to power one after the other.

The court stated that this new trend needed to be checked in its tracks.

The court had granted Mr. Singh protection from arrest in the sedition case. Senior lawyers F.S. Nariman and Vikas Singh appeared for him and the State government was represented by senior advocates Mukul Rohatgi and Rakesh Dwivedi.

Cases of sedition and other offences were lodged against Mr. Singh by the Congress-led Chhattisgarh government.

Sleep plays a significant role in maintaining our vitality and wellbeing. But unfortunately,...