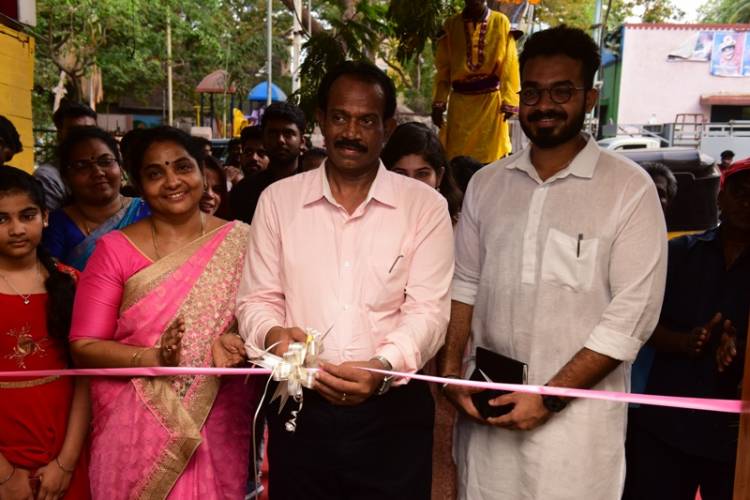 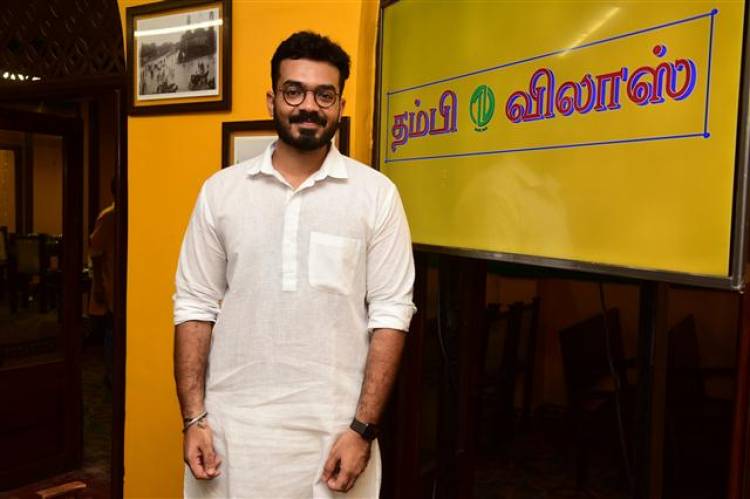 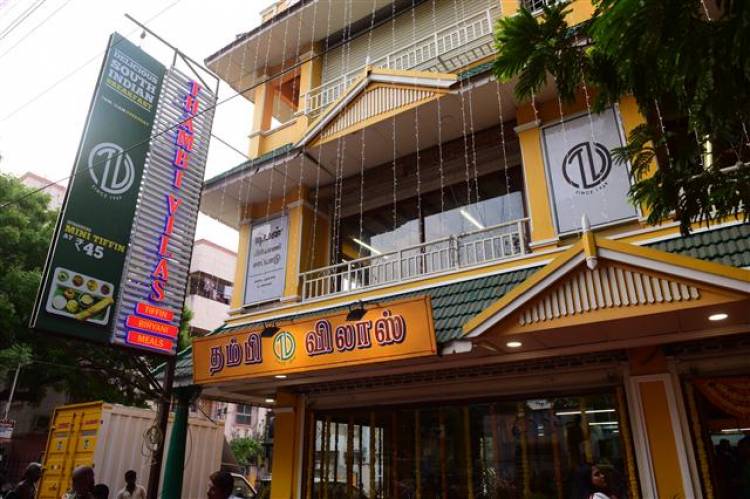 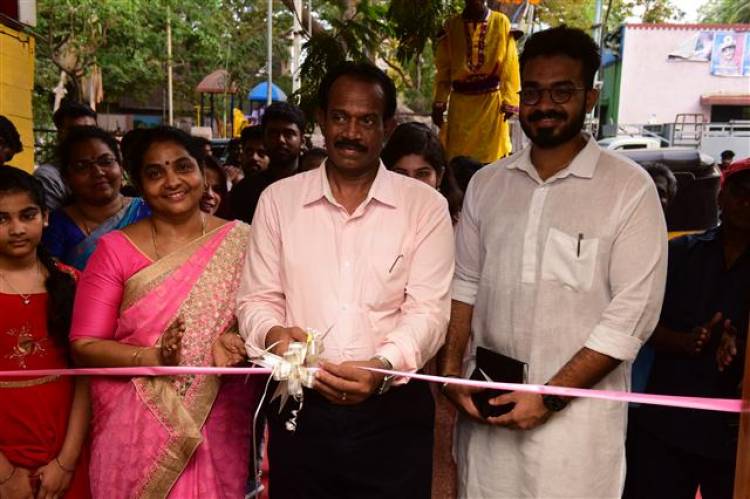 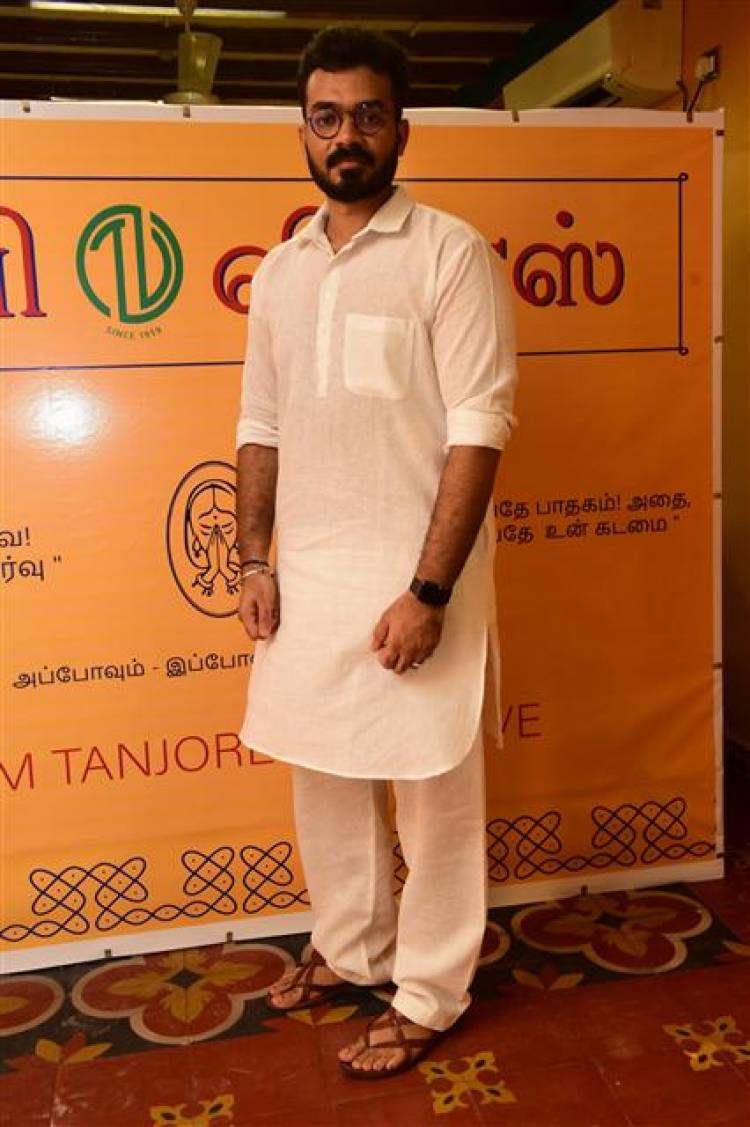 From the sawdust on the ground to the mounted Gramophone on the walls, Thambi Vilas is where modern Chennai relives the turn of the 19th century. Our dishes are simple, hearty, fresh, and all-around delicious.

The journey of Thambi Vilas Restaurant started during 1959 in Singapore. Shri Veerappa- Chettiar from Thirukanamangai, Thiruvarur District started this establishment as a confectionary bakery that sold Halwa, English Cakes and Mittai. The bakery went on to become a stupendous success not only among the Indian residents but also among Malay and Chinese Residents. Then during 1964, Late Shri Veerappa Chettiar along with the support of his son Shri Maruthappa Chettiar renovated the bakery to an authentic South Indian restaurant and along with the culinary expertise of his daughter-in-law, Shrimathi Rukmani Ammal created all the recipes at Thambi Vilas. Only because of the demand by society and with funds from the public, a bakery establishment was renovated to a restaurant, with the aim to serve good quality food.

Thambi Vilas, an establishment that started with two tables and eight chairs at Singapore is now operating with 4 outlets (OMR, T Nagar , Guindy and Anna Nagar) in Chennai, Where at Guindy accommodates 300 covers and rest three outlet, each one accommodating more than hundred covers.

Arun Prashanth Bacthavatsalam, Managing Director, Thambi Vilas carries this legacy forward and has carved a unique growth path for the brand. He was a novice when he entered the food industry in 2013. He inherited Thambi Vilas from his ancestors along with other businesses when he chose to become an entrepreneur after working in Barclays, London as a business analyst for two years. He has a Master's degree in international Business; he is also a foodie, an active blogger and an avid traveller. He initiated his first step in the food industry with Tovo Restaurant Pvt. Ltd. Chennai in 2013 and took the lead of Thambi Vilas later in 2016.

Thambi Vilas provides the authenticity of the Old South without the costumes and playacting of a themed restaurant. Our place is the best example of humility, starting from regional delicacies to serving Honey candy, halwa, burfi, pan, and sorbets.Thambi Vilas has surprised its consumers with its ability to turn pioneer staples into Southern Delights. The signature drinks such as Milk Sorbets are not merely couched in nostalgia but are a genuine rebirth of Southern classics when meals are accompanied by the long treasured southern accompaniments to relive your vintage senses. The drinks are expertly crafted, and our meals are simple yet decadent. The only thing you’ll regret is not having a nap pod to jump into afterward.

Thambi Vilas also ensures that their product is always fresh. Thambi Vilas sources the meat on a daily basis which is to be consumed on the same day. The concept of deep freezing does not exist at Thambivilas. The emphasis on fresh ingredients & fresh products is a tradition that the restaurant chain follows religiously. Thambi Vilas is able to do this by having a strong supply chain routed through farmers across southern states of India.  Providing the highest quality products at affordable cost in turn is ensuring repeat footfalls, wider audience, higher consumer satisfaction and greater brand value.

Thambi Vilas is also one of the very few standalone restaurants where Chennaiites can have their special Biryani for breakfast. The Biryani opens at 6am in the morning and is available throughout the day.

Arriving on cycle at 6 am to an official’s house to discuss work, was the trademark...