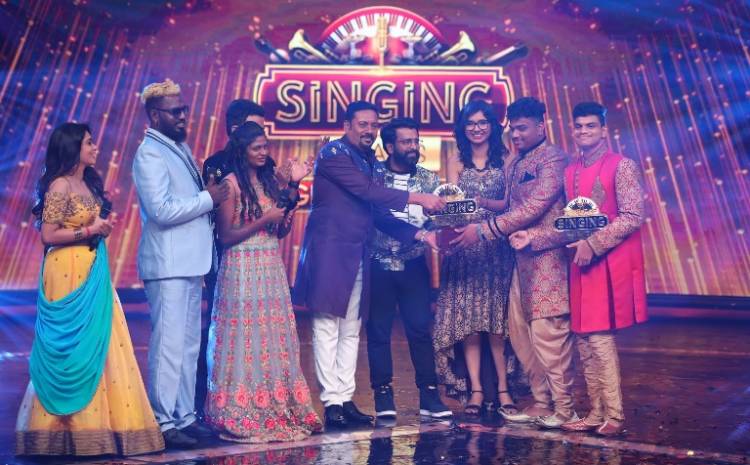 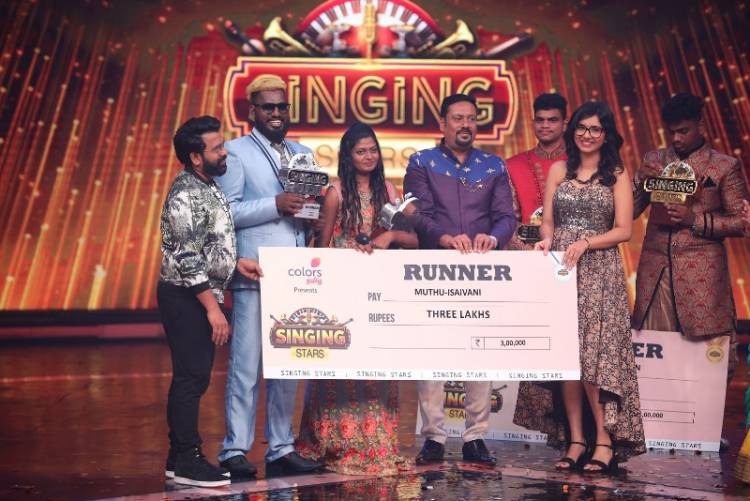 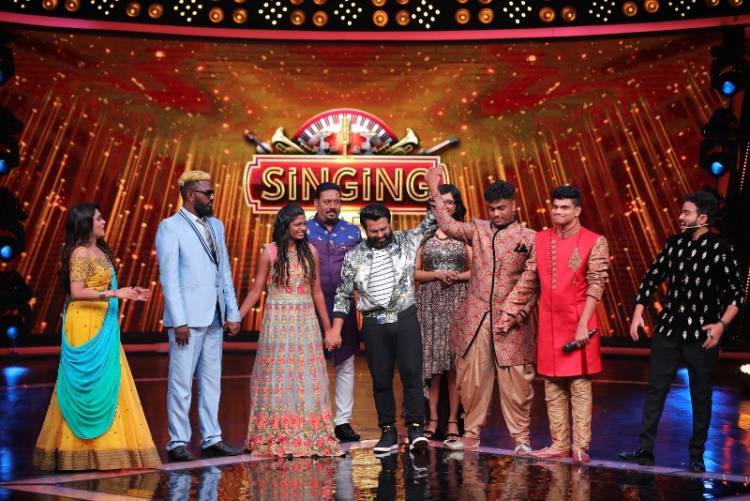 Chennai, 11th June, 2019: As the journey of Tamil Nadu’s unique musical reality show, Singing Stars came to grand closure on Sunday, audience’s favourite duo Manoj and Laxman won the coveted title by proving their mettle in the highly competitive finale round. Contesting against 13 talented pairs, Manoj and Laxman rendered soulful songs that won the judges heart along with millions of fans from across the state. With the coveted title, Manoj and Laxman were rewarded a glittering trophy and whopping cash prize worth Rs. 5 Lakhs for their stellar performance.

Renowned and celebrated for their versatility, Manoj and Laxman through 13 rounds have stood out from the other contestants for their magical fusion of Carnatic rendition into other genres of music. With improvisations, the duo’s performance in unison has won them many golden buzzers on the show.

“We are delighted with the tremendous success of Singing Star,” said Anup Chandrasekharan, Business Head, COLORS Tamil. “This underlines that there is immense talent in the state and we will keep coming up with innovative shows like this to give our youth the opportunity to showcase their natural gifts,” he added.

Commenting on the victory, Manoj and Laxman said, “It is an absolute privilege to win the Singing Stars title. The show besides being a pedestal for us to showcase our talent, has also given us an opportunity to be mentored by the best in the industry like Santhosh Narayanan, Shakthisree and Ananthu. It is with their timely insights and guidance that we have been able to achieve this milestone today. Thanks to COLORS Tamil channel, we are now able to connect with millions of music lovers across the state, who have constantly encouraged us throughout our journey.”

Launched in March this year, Singing Stars focused on the ‘strength of a relationship’, and featured talented duos who had to work as a team. Kickstarted with 14 pairs of contestants, the show was helmed by an eminent panel of judges led by music director Santhosh Narayan and playback singers Sakthisree and Ananthu.

Commenting on the winners and the show, renowned Music Director and Judge of Singing Stars, Santhosh Narayanan, said “Singings Stars has been a memorable and an eventful journey in my music career. Starting from the show’s format to the band and the contestants, Singing Stars has indeed levelled up the music reality shows in Tamil Nadu. The talent which we witnessed in the show was spellbinding. It was an equal learning experience for me that we experimented new forms of recording tracks on this very set. The show has helped us all of us come together through music and has set an example that music has no boundaries. Manoj and Laxman’s victory on the show is a well-deserved and I wish them a successful journey ahead.”

Adding to this, playback singer and judge – Singing Stars, Shakthisree Gopalan, said“ It was a very meaningful experience for me to encourage contestants and help them discover their talent. As someone who has entered the industry post a reality show stint, I know the immense impact a show can have on an aspiring musician’s career. Singing Stars has been more than a platform for these beautiful, young singers to showcase their talent. It has been a sangamam of music that has given everyone a sneak peek into the superstars of tomorrow. Manoj and Laxman’s fresh voice is something we will all cherish and enjoy for a long time.”

Singer Ananthu, the celebrated and lively judge, concurred with the other. “It was a thrilling journey for all of us. Each contestant had his or her own unique style and strengths which made our tasks that much tougher. As judges, we three had great rapport even though we looked for different aspects of the craft,”

Hosted by vibrant Kiki and Vijay, the show became an instant hit amongst households in Tamil Nadu. With many uniqueness the show witnessed pairs singing in dual voices, gana singers, twins with their personal renditions and many more on the grand stage. With the competition boiling down to 6 pairs in the finale round, exceptional selection of songs, passionate contestants and befitting judges contributed to the success of this unique show.

Welcome the auspicious season of fortune with Titan Nebula

Titan has announced a scintillating offer this auspicious season of prosperity under...

BIHER to set up a state of the art diagnostics research...