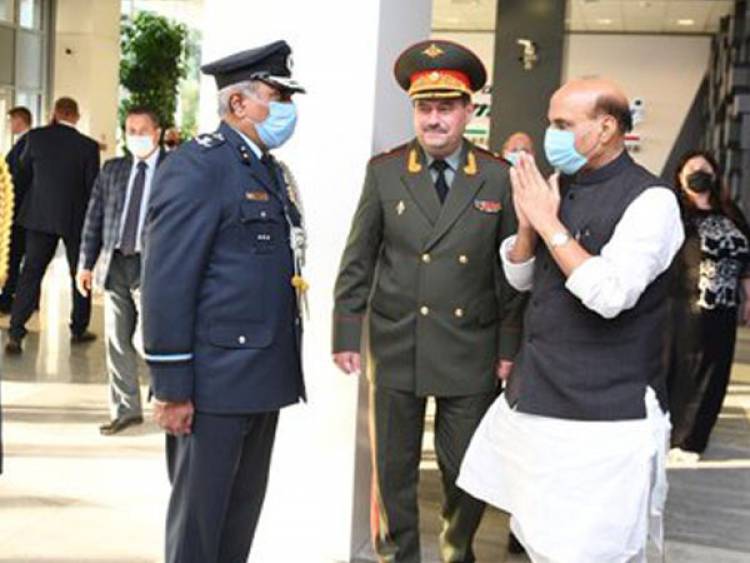 Amid the ongoing border tension between two countries, Chinese Defence Minister is scheduled to meet Defence Minister Rajnath Singh in Moscow at 9.30 IST tonight, sources said.
According to sources, China requested for the meet yesterday.
India has urged China to sincerely engage with it to restore peace and tranquillity in border areas through complete disengagement and de-escalation.
Speaking at the weekly briefing on Thursday, MEA spokesperson Anurag Srivastava said that the way ahead is negotiations both through diplomatic and military channels.
The situation with China has been tense and India is continuously engaging with them at the military and diplomatic level, Army Chief General MM Naravane said earlier today, who visited Ladakh to review the situation.
"Situation has been little tensed for the last two to three months. We have been continuously engaging with China both at the military and diplomatic level. These engagements are ongoing and will continue in the future as well. We are very sure that through this medium of talks, whatever differences we have, will be resolved and we will ensure that status quo is not changed and we are able to safeguard our interests," Naravane told ANI in an exclusive interview.
India recently outflanked China by taking control of strategic height near Pangong lake's southern bank. It thwarted an attempt by the Chinese army to transgress into Indian areas near the southern bank of Pangong Tso near Chushul in Ladakh.
At least two rounds of Brigade-Commander level talks have taken place ever since China tried to unilaterally change the status quo. Singh is on a three-day visit to Russia to attend the combined meeting of Defence Ministers of SCO.

India and China are engaged in a standoff since April-May over the transgressions by the Chinese Army in multiple areas including Finger area, Galwan valley, Hot springs and Kongrung Nala.

The situation worsened after 20 Indian soldiers were killed in violent clashes with Chinese troops in Galwan valley in June.
The talks between the two sides have been going on for the last three months including five Lieutenant General-level talks but have failed to yield any results, so far.

AMMK on thursday openly announced that it will consider aligning with the congress...........

Sicagen delivers a turnaround in profit in Q1FY20