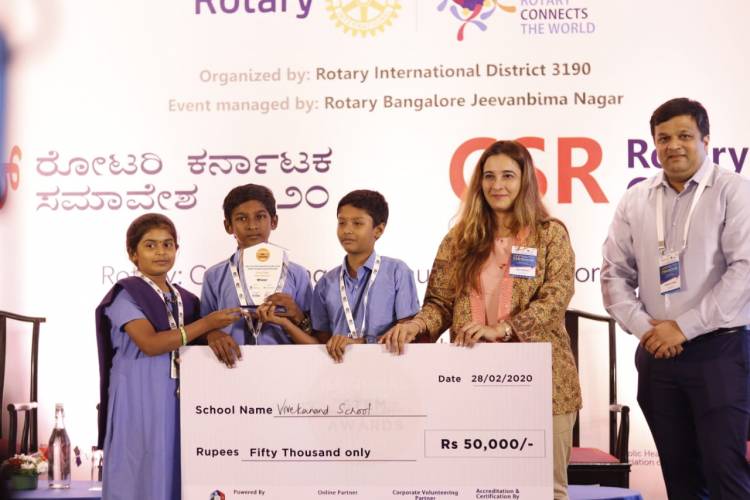 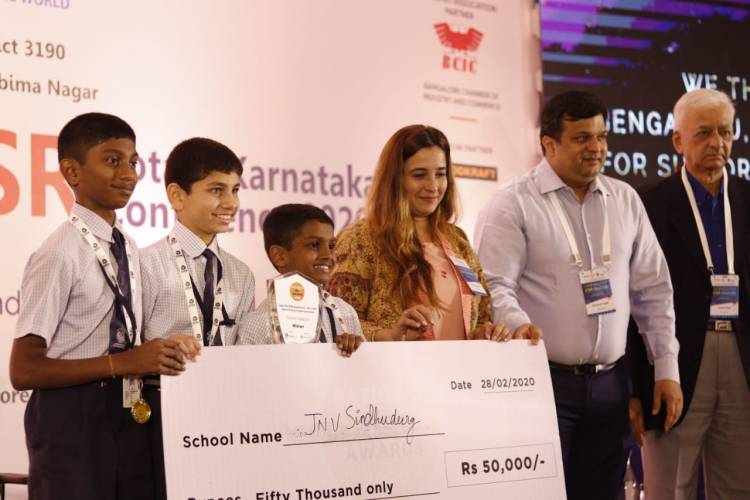 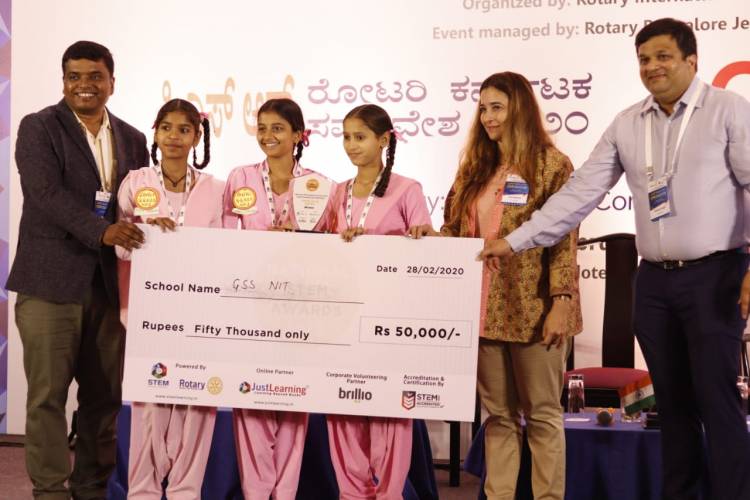 STEM (Science, Technology, Engineering and Mathematics) is a modern day approach to shape India’s future which is fast moving towards being a highly illustrious entity in an increasingly globalised world. However, the country requires to evolve expertise in these fields to compete with the technological revolution. With this clear objective in mind, STEM Learning in association with Rotary JBN, Bengaluru organized India's biggest and first STEM competition for under- served students of Govt. and Govt- aided schools, the ‘National STEM Awards 2020’. Around 20 states, 200 schools, 400 teachers and 1800 students took part in the competition from all over India, out of which 10 states, 15 schools and 54 students made it to the Finale which was held in the city on 27 February, 2020. Students from 6th to 8th standards participated in the final round, where they had to showcase their skills in categories like Tech Quiz, Science & Mathematics Model Competition and Engineering Tinkering.

Atharva Sawant, Yashraj Dhwri & Kauntey Sawant from JNV Sindhudurg School were declared winners of the Tech Quiz Round; while Khushi, Anjali Sharma & Lovely from GGSS School, Faridabad won the Engineering Tinkering Competition and Muthu Suthis, Madhu Sri & Surya from Vivekananda School, Tirunelveli won the Science & Mathematics Model Competition. Considering that all the students displayed vast talent and zeal, Dr Suresh Mony, Emeritus Jury said the judges found it really difficult to select the winners. He said, “Every child presented something new, something unique. Their innovations were so creative and spell binding that we felt proud to be in the midst of such young talent. “

STEM Learning has been advocating for improving the quality of education since years now and this competition intended to do the same, by picking out the best STEM talent from across India. The students were judged on the basis of critical thinking, problem solving and innovative abilities. The students underwent stages like the Cluster Rounds and Zonal Rounds and the winners of the Zonals were then challenged to win the final round on 27th February in Bengaluru.

Ms Simi Anderson, STEM Ambassador (UK), who was one of the esteemed guests during the competition, seemed awed by the matchless and unprecedented talent shown by the children. She praised the mammoth efforts put in by STEM Learning in organizing this competition successfully. She said, “It takes 8 months in UK to conduct such competition at the national level. It's mind-blowing that STEM Learning did this in 3 weeks.” Echoing the same sentiment, Dr Sameer Hariani, the Chief Guest at the competition said, “This competition is an extremely novel measure by STEM Learning to make the students ready for the future by igniting the scientific temper in them. This is an exceptionally favourable circumstance for these students to make science a child’s play and keep pace with the advancement in the field.”

Speaking about this colossal task of bringing the best STEM minds from pan India under one roof, Ashutosh Pandit, the Founder of STEM Learning said, “The traditional approach of learning facts and figures doesn’t challenge minds and so, students do not get the required opportunities to understand and showcase STEM abilities. We at STEM believe that the students need to gain practical knowledge to learn, explore & enhance their skills. By providing them with this singular opportunity of an all- India competition, we have not just identified the best minds who beat their peers and turned out to be STEM Champs, but have also recognized other young minds who may not have reached the final round, but they did exemplify robust prowess to be titled as the great innovators of the future. We can now almost certainly say that the future of India is rightly in the hands of these extremely talented young children.”

The young minds who proved their mettle during the finale were awarded on 28th February during the ‘Rotary Karnataka CSR Conference 2020’ by the hands of Rotary District Governor Rtn Sameer Hariani. Teachers who have contributed extraordinarily to the field of STEM education were also felicitated during the glittering Award Ceremony.