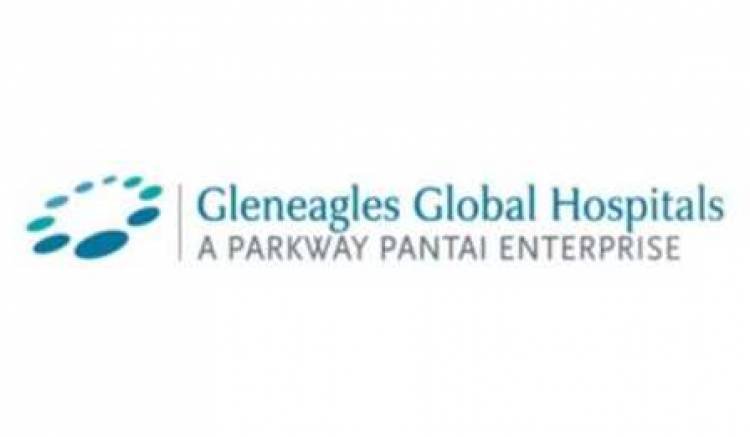 Chennai, June 12, 2019: A 4 year old boy from Sudan was recently treated at Gleneagles Global Health City for a Medulloblastoma, the most commonly seen malignant brain tumour in children. The child had been suffering from symptoms of headache, vomiting and impaired balance for duration of two months.

Initial investigations done at a hospital in Sudan showed a large tumour in the posterior fossa, i.e. the back of the brain, which is suggestive of a medulloblastoma with hydrocephalus. Hydrocephalus is a condition in which the accumulation of excess cerebrospinal fluid (CSF) in the brain causes a variety of symptoms including repeated, often severe vomiting, lethargy and headaches that frequently occur in the morning and improve as the day goes on.

He underwent a ventriculoperitoneal shunt in Sudan to help relieve the pressure on the brain caused by fluid accumulation. This primarily treated the hydrocephalus. After this, the child was brought to Chennai for a surgery to remove his brain tumour.

Dr Nigel Symss, Senior Consultant Neurosurgeon and Functional Neurosurgeon, Gleneagles Global Health City, Chennai said,”Medulloblastomas occur in two million people per year, and affect children 10 times more than adults. These tumours are the second-most frequent brain tumour in children after pilocytic astrocytoma, and the most common malignant brain tumour in children, comprising nearly 14 % of newly diagnosed brain tumours. They are invasive, rapidly growing tumours that spread through the cerebrospinal fluid and metastasize to different locations along the surface of the brain and spinal cord.”

On arrival, the child was seen by a team of neurosurgeons, paediatrician and neuro anaesthetist. A MRI scan of the brain and spine, blood tests, ECG and other tests were ordered. The MRI of the brain reconfirmed the presence of a large tumour in the posterior fossa. There was no spread of tumour to the spine. His parents were counselled about the need for a major brain surgery to remove the tumour, and the potential risks and complications of surgery.

The child underwent amid line posterior fossa craniotomy which involves removing a small part of the skull at the back of the head, to gain access to the tumour. Using sophisticated and advanced equipment like the operating microscope, CUSA (cavitron ultrasonic surgical aspirator), and intraoperative Navigation, it was possible to remove the whole tumour. The surgery lasted nearly 6 to 7 hours as the tumour was very large and had to be delicately separated from the nerves and major blood vessels of the brain. The use of microscope, CUSA and navigation makes surgical removal of such tumours safer and with minimal complications. After surgery the child was managed in the neuro intensive care by a specialised team of intensivists. He was later shifted to the ward where he underwent rehabilitation. Two weeks after his surgery he was found to have weakness of all four limbs. The MRI scan of the spine showed the tumour had spread to the cervical spine. He was started on cranio spinal radiotherapy by a team of Radiation Oncologists. He gradually improved in his limb weakness, and is currently undergoing rehabilitation. The latest MRI scan of the brain and spine after radiotherapy showed no recurrence of the tumour and the spinal metastasis had regressed. He is now awaiting chemotherapy.

Dr Nigel Symss, further added, “The mainstay of treatment for brain tumours is surgery. In benign tumours, surgery may be the only treatment required. However with cancerous tumours following surgery, children more than 3 years may also require adjuvant therapy with radiation and chemotherapy. This may increase chances of a disease-free survival. This combination of treatment may permit a 5-year survival in nearly 80% of cases.”

It is said that the outcome is possibly inferior if the child is less than 3 years old, degree of resection is inadequate, or if any CSF, spinal, other part of brain, or systemic spread occurs. The parents need to be counselled about the nature of the disease and their support is mandatory in the long term management of children with these tumours.

Gleneagles Global Healthy City, Chennai has long been at the forefront of integrated neuro care. The hospital drives a multi-disciplinary approach to brain tumour care with a team of neurosurgeons, neuro anaesthesiologists, neuro radiologists, neuro pathologists, radiation and medical oncologists, neuro rehabilitation team, as well as the neuro nurses working as a single team. Couple of years back, the hospital launched a Brain Tumour Support Group called ‘CONNECT’- a platform for patients suffering from brain tumours, to share their experiences, ideas and also provide emotional support. Gleneagles Global Health City via ‘CONNECT’ has also been continually raising efforts to spread awareness amongst general physicians and caregivers about the management protocols that are available to battle brain tumours.

In today’s digital era, connectivity is king. Be it voice, data, storage or apps,...