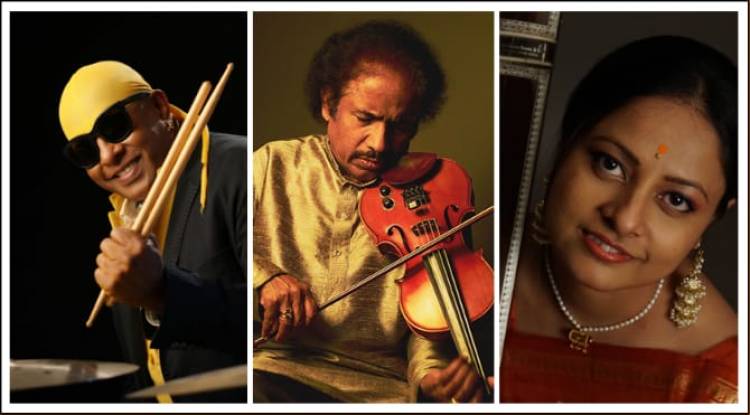 About HCL Concerts: The conservation and promotion of India’s art and cultural heritage is very close to HCL’s heart. To this end, HCL has been organizing HCL Concerts for 21 years, dedicated to nurturing and promoting talent rooted in the glorious heritage of Indian classical performing arts. Concerts under the umbrella of HCL Concerts are organized at Delhi NCR, Lucknow, Nagpur, Madurai, and Chennai in India and at New York and San Francisco in the US regularly throughout the year. Over 600 artists have graced this platform and have contributed towards reinvigorating the Indian classical performing arts.

Over the years, more platforms have been developed to contribute to the growth of the Indian performing arts ecosystem. Most notable of these are the HCL music App, allowing music lovers across the world a chance to enjoy the most comprehensive collection of classical music from the comforts of their home for free, and HCL Digital Concerts, a talent identification and nurturing program aimed at showcasing the talented and upcoming classical performing artists to a global audience through a digital medium.

RONKINI GUPTA:  A distinction holder, SangeetVisharad from GandharvaMahavidyalaya in Hindustani Classical, Ronkini Gupta spent her formative years vocal training with a renowned exponent of Gwalior Gharana, Shri ChandrakantApte. Many years of training later with UstadDilshad Khan, Pt. SamareshChowdhary, and Late Ustad Abdul Rashid Khan Sahab she came into her own style of singing with influences from both Gwalior and Kirana style of singing. At present, she is training under the guidance of Arshad Ali Khan of Kiranagharana.

Exploring various avenues, ranging from Hindi, to regional cinema, she has also forayed into Indian Classical and Jazz Fusion, and yet pure Indian Classical remains her first love. She has performed in different concerts within India and abroad, a notable one being her participation in “Indian Music Festival, 2017” organized by the tabla exponent Shri Mridang Raj Suchak.

L. SUBRAMANIAM:L. Subramaniam, India’s violin icon is the serenity of an Indian musician combined with the magnetism of a western star. Constantly propelled from Singapore to Paris, from Delhi to Los Angeles, he has conquered every audience with the elegance and virtuosity of his style.

His career as a childhood prodigy brought him into contact with the greatest musicians and he soon imposed himself as a master of the violin. At a very young age, he was honoured with the title “Violin Chakravarthy” (emperor of the violin). Till date, Dr. Subramaniam has produced, performed, collaborated, conducted and close to two hundred recordings.

Dr. L. Subramaniam is the only musician who has performed and recorded South Indian Classical Music, Western Classical Music, both Orchestral and non-Orchestral, and also composed for and conducted major orchestras, scored for films, collaborated with a wide range of some of the greatest musicians, from different genres of music including jazz, occidental, jugalbandis with North Indian musicians, world music and global fusion.

A. SHIVAMANI:  A. SHIVAMANI, son of a renowned drummer S.M. Anandan, is a percussionist. He plays many instruments including drums, Octoban, Darbuka, Udukai, and Kanjira. He started his musical career at the age of 12 and his first studio break was playing for one of South India’s leading music composers – K. V. Mahadevan. By the age of 13, he had started building his professional music career with S.P. Balasubramaniam, who he considers to be his godfather.

He started as a substitute in music maestro Ilayaraja’s group. He was keen in taking inspiration from Indian classical music. Impressed by his dedication, tabla stalwart UstadZakir Hussain invited A. SHIVAMANI to join him for a concert.

He has also played for A.R. Rahman’s most popular scores ‘Mustafa…Mustafa,’ of KadhalDesam, ‘Humma..Humma’ of Bombay and ‘Chaiya…Chaiya’ of Uyire. He was also a prominent team member of Bollywood-themed musical – Bombay Dreams. One of his cherished experiences is sharing the stage with Billy Cobham for a concert in Mumbai’s Rang Bhavan. From then on there was no looking back, as he collaborated with renowned musicians of the country and continued with his experimentations.

Today the government announced an economic package worth Rs 1.7 lakh crore to provide...