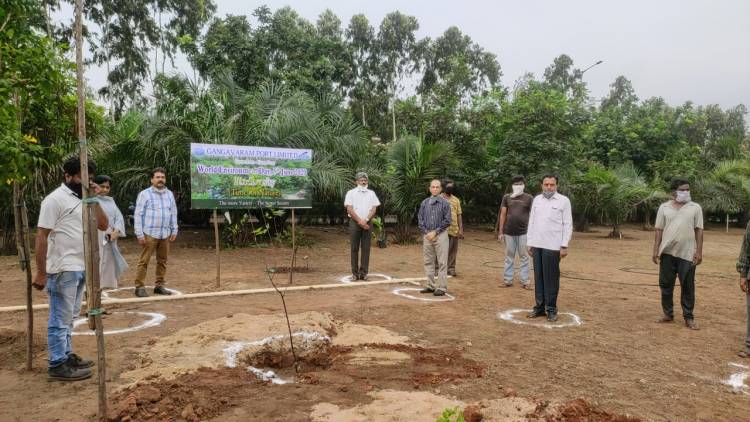 Gangavaram Port Limited, India’s deepest and multi-purpose port celebrated the World Environment Day with the theme of “Biodiversity”. Gangavaram Port also conducting a in-house awareness program to create awareness on the significance of Biodiversity at the port premises to express their commitment towards environment protection and sustainability.

Gangavaram Port adopting this theme “Biodiversity” has taken-up Miyawaki method of plantation which is meant for Biodiversity, within the Port premises in an extent of One Acre land and planted 12500 saplings with different types of species. GPL is also maintaining in-house nursery with nearly 1 lakh saplings of different varieties of avenue, fruit bearing & ornamental and employs 183 people to maintain and improve the green belt on continuous basis.

According to the United Nations Organization (UNO), Biodiversity involves 8 million plant and animal species, the ecosystems that house them, and the genetic diversity among them. In the last 150 years, the live coral reef cover has been reduced by half. Within the next 10 years, one out of every four known species may have been wiped off the planet. It would take 1.6 Earths to meet the demands that humans make on nature each year.The emergence of the recent global pandemic – COVID-19 has underscored the fact that, when we destroy biodiversity, we destroy the system that supports human life

Oil Free with your Monthly Shopping at Big Bazaar