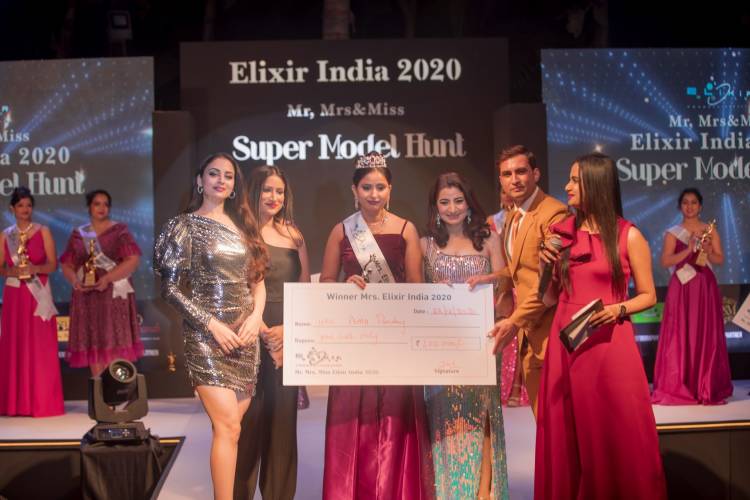 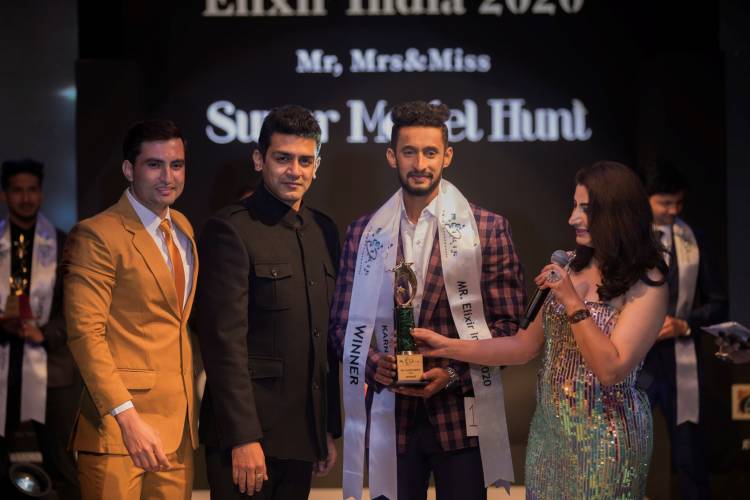 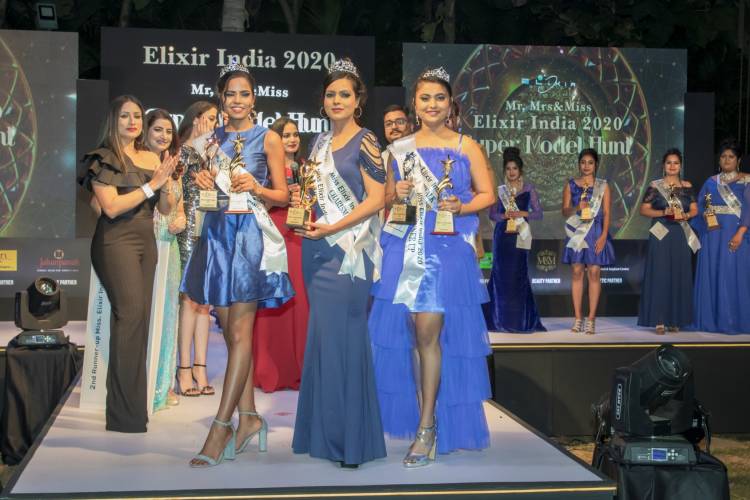 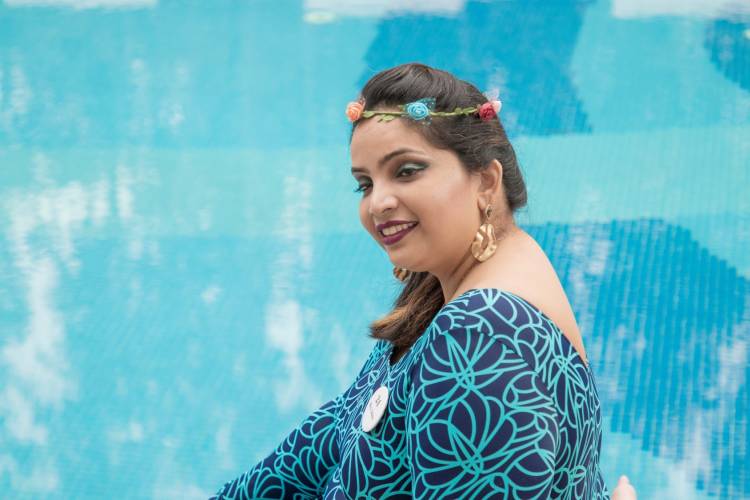 Bengaluru 24th Dec 2020 : A Grand event for Miss, Mr and Mrs Elixir India 2020 supermodel hunt was organised by Elixir World Productions House at Goldfinch Retreat, Devanahalli, Bengaluru on 22nd December which witnessed celebrities like Zoya Afroz, Sufi Khan, Raghu Mukherjee, Shashidhar Kote who crowned the winners of all these categories. Mrs. Pallavi Kaushik and Mr. SarthakChoudhary helped groom the participants for the Fashion Show and made sure they looked amazing and confident on stage. The Honourable Chief guests Mr Ritesh Reddy, Mr. Arun, Mr. Priyank, Ms. Kajal Agrawal and Ms. Khushboo Jain were honoured by the Elixir team.
Generally, Beauty Pageants are conventional in its kind, But Elixir Pageant gave opportunity to candidates irrespective of Height, Weight, Colour and their Profession. Elixir India 2020 also proudly provided a stage to participants who were Divorced, Separated, Single Mothers etc to showcase their talent. The participants were picked from remote corners of India like Roorkee, Amravati, Raichur and others.
Dr.Yashashree Chauhan from Nagpur was crowned as Miss Elixir India 2020, Mr. Sanjay Murthy Gowda from Hassan Magge as Mr Elixir India 2020 and Mrs. Aarti Pandey from Bidar was crowned as Mrs Elixir India 2020. The Winners were also awarded with a Holiday trip to Thailand, An Acting Scholarship, Gift Hampers and Acting and Modelling contracts. We are coming up with our next season very soon, details of which will be updated on our website www.elixirworldproductionshouse.in

It’s heartening to note that the startup ecosystem saw over $10.5 billion of venture...

GET THE GLASS SKIN OF YOUR DREAMS WITH THE NEWLY LAUNCHED...

We cannot shy away from hearing about pores ......

Tata International Limited (TIL), the global trading arm of the Tata group and one...