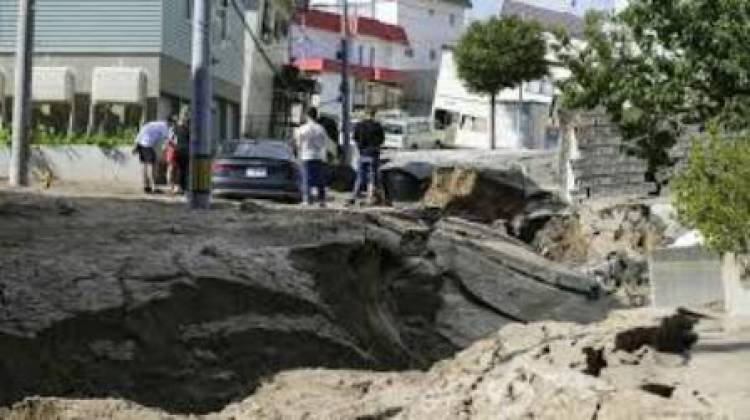 The quake occurred at 10.22 p.m. on Tuesday and had its epicenter at sea - though near the coast - close to the border that separates the prefectures of Niigata and Yamagata.

As soon as the seismic activity was registered, the Japanese Meteorological Agency (JMA) issued a tsunami alert that was lifted three hours later.

The tsunami's waves could be seen in Awashima, Sakata, Sado, Wajima and Niigata, where they reached a maximum height of 0.1 metres (less than four inches).

Japanese authorities were still checking the state of buildings, although no serious structural damage to residences or installations has so far been identified.

The JMA has urged people in the affected area to remain alert due to the risk of building collapses and landslides as similar tremors and aftershocks may still occur and in light of the rains forecast for Wednesday in part of the region.

The quake led to the temporary closure of some roads and interruptions in rail services, but no accidents were reported.

Some 10,000 people were affected by the shutdown of the bullet trains, although the popular commuter service has since been restored.

Japan sits on the so-called Ring of Fire in the Pacific Ocean, one of the world's most seismically active areas.

Sensex down 77 pts in early trade

The benchmark BSE Sensex was trading lower by 77 points in early deals on sustained...

Celebrate Valentine’s Day at Inox with Screening of Epic...

For the first time ever, leading multiplex chain will screen an Opera on the Silver...

Ten people were killed after a private aircraft crashed into a hangar at a local...

Critic Democrats preparing bill to force Trump to divest himself of assets, A group...

Cupid Valentine a Love Affair at Candy Club. Romance your soul-mates to the tunes...