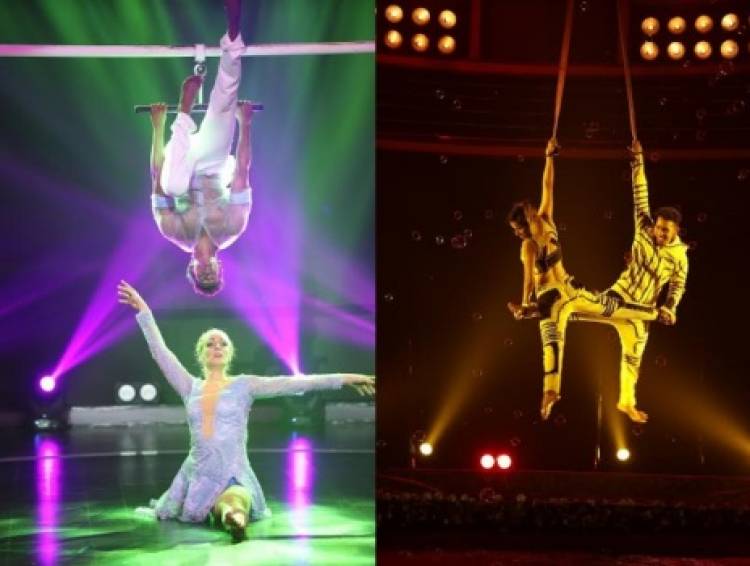 Chennai, 12th February 2019: The much-awaited face-off is finally here, as COLORS Tamil, the youngest GEC in Tamil Nadu is all set to telecast the semi-finals of hit reality series Dance Vs Dance (DVD) on 16th and 17th February 2019.  As the battle for coveted title intensifies, the upcoming episode will witness a dance off between eight talented pairs of DVD. NakkuMukka, fame actor, Nakkhul and legendary choreographer Brinda Master will be joining the judge's panel. Actor Poorna will also be seen donning the special guest hat on this power packed episode.

Launched during November 2018, Dance Vs Dance is a first of its kind reality dance-off show where talented dancers from across the state were brought together to battle against each other in pairs for numerouno position. The show quickly gained popularity among the audience as its packed with entertainment and for the competitiveness amongst participants. With a plethora of star judges like Oviya, Simran, Priya Mani and more appearing on the grand stage, the show has paved way for many talented dancers to showcase their moves.

Commenting on the show actor Nakul said, “This has been an entertainment packed ride so far. The flair and energy these couples bring to the stage is infectious. I have loved judging each and every minute of the season as the whole journey has been enthralling!”

Choreographer Brinda Master said, “These couples have displayed such a gift at dancing, it’s fascinating to know that there is such talent in Tamil Nadu. It’s been a pleasure watching these couples perform and stick it out together throughout the show. Each one of them are performers who bring so many emotions to the dance floor. The performances of semi-finals are indeed a gripping dance-off!”

“I couldn’t contain my excitement when I was invited to judge Dance Vs Dance. I’ve followed the series closely and am thrilled to be a part of this magnificent show” said actress and model Poorna.

A man was killed by a deer on a rural property in southern Australia early on Wednesday,...

The 2020 World Team Table Tennis Championships,which were scheduled to be held in...