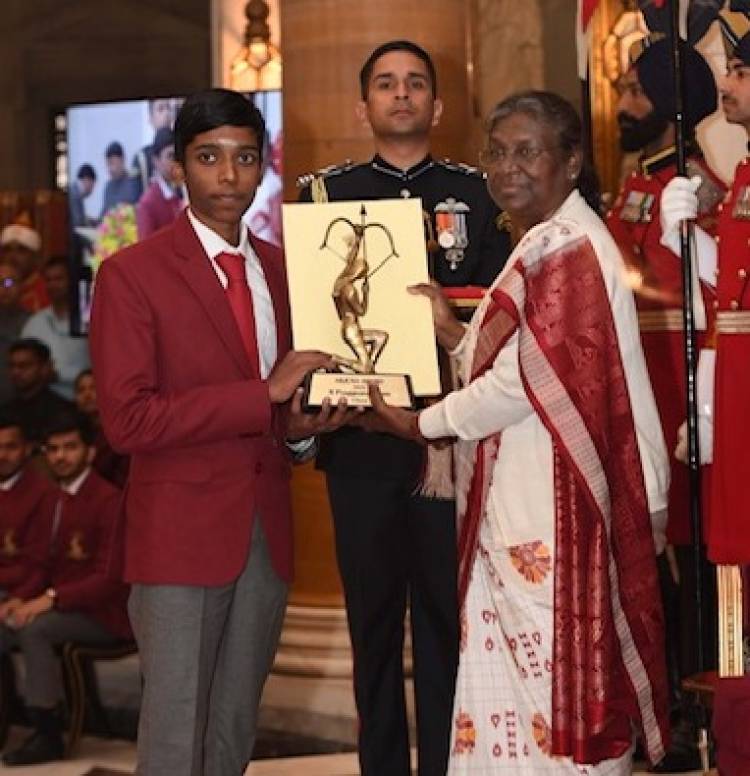 India’s Chess prodigy is brilliant, hardworking and disciplined. To start off with, playing Chess was a mere hobby for him.

Pragg became the youngest International Master in the history of the game of Chess in 2016, at the age of 10. The coveted ‘Grandmaster’ title was earned at the age of 12 which made him the fifth youngest person ever to do so.
He is also the youngest player and the third Indian to defeat Norwegian Chess Superstar Magnus Carlsen thrice in a row in six months in 2022. This is one of the glamourous highlights of his career.

The Chess maestro is serene by victory or loss, and this being his biggest strength has made him conquer the world in the war of checkmates.

It's a matter of great pride for Velammal to create 9  Grandmasters furthermore the World Class Chess  Champions are at their campus as they were always  encouraged to  show their prowess by being a part at various global tournaments.

The School Management is elated and congratulates the Prince of chess on his remarkable feat.

’BuntyAurBabli 2 is the first film of mine that Adira has...

Altimetrik signs MoU with VIT to deliver Master of Computer...