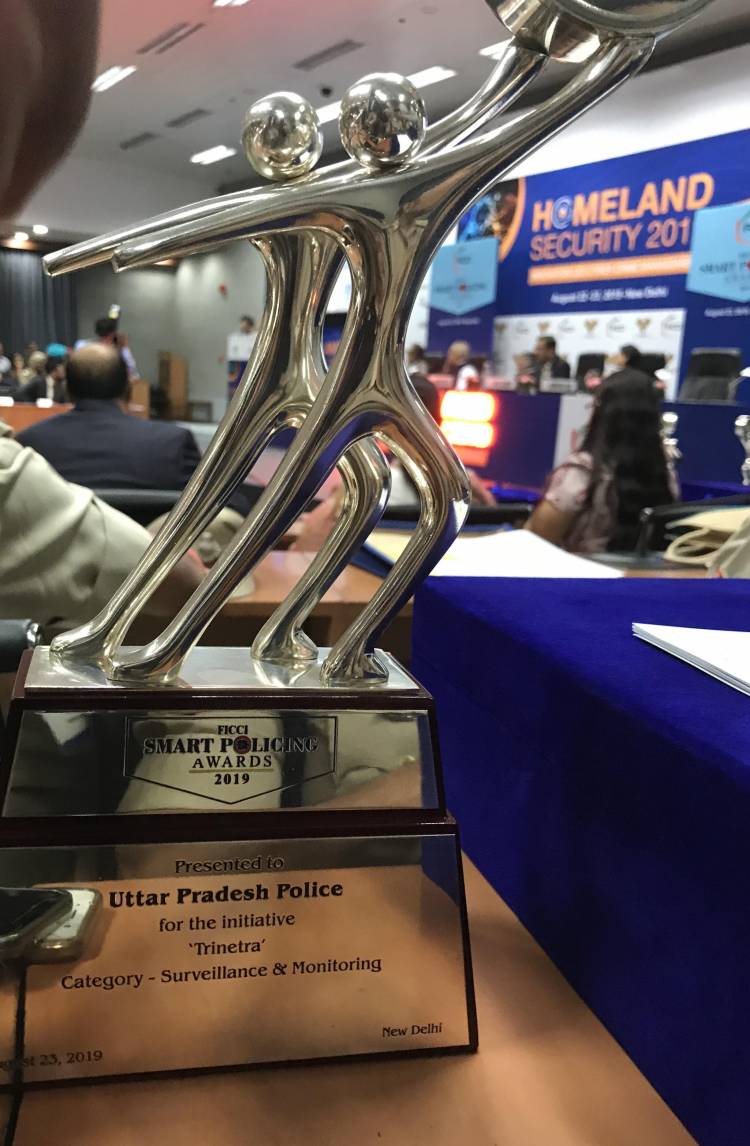 New Delhi, August 23, 2019: The state of Uttar Pradesh has been conferred with the prestigious FICCI Smart Policing Award 2019, at the annual conference on homeland security that was held at FICCI in New Delhi. The annual conference that witnessed the participation from senior officials from the Government of India, Central Armed Police Forces (CAPFs), and various State Police Forces (SPFs) acknowledged the ingenuity and far-sightedness of the smart policing solutions adopted by Uttar Pradesh. The AI-powered TRINETRA App won the award in the category of ‘Surveillance & Monitoring’ which received 196 entries overall.

In a span of merely three months within its launch (from January to March 2019), the app helped police forces solve 56 cases and nab 76 criminals culpable in the crime. In one special case, there was no photograph of CCTV footage available for the criminal. TRINETRA, in that case, relied on the sketch provided by the victim, to identify the criminal and ensured that justice is served.

Mr. SK Bhagat, IPS, IG Lucknow Range, under whose guidance the TRINETRA app was developed, said, “It is a humbling experience to be receiving this recognition from a national body like FICCI. With TRINETRA, we had envisioned utilizing the latest advancements in the field of artificial intelligence for strengthening our ground level defense. We are glad to be recognized for the same and sincerely hope that more Indian states would now be motivated to adopt the latest technologies for enhancing the policing operations.”

Empowering the task forces at Ground Zero, TRINETRA helps cops identify criminals through images, facial scans, fingerprints, previous FIRs, voice samples, connection with a gang etc. With AI-powered phonetic search, TRINETRA helps police forces search for criminals with better accuracy, even if the name is wrongly spelt in the database. Furthermore, by utilising AI-based Gang Identification Technology, TRIENETRA not only identifies a criminal but also their associates active in different districts and part of the states. Owing to its widespread use-cases and superior AI-capabilities, TRINETRA app is used by over 5,500 police personnel in Uttar Pradesh, ranging from inspectors to ADGs.

Voted 'Specialist Consultancy of the Year' by IPRCCA

Brace yourselves for a picturesque .....

Over 500 detained for protest against PM Narendra Modi