TN government to decide if Chennai gets to host IPL final 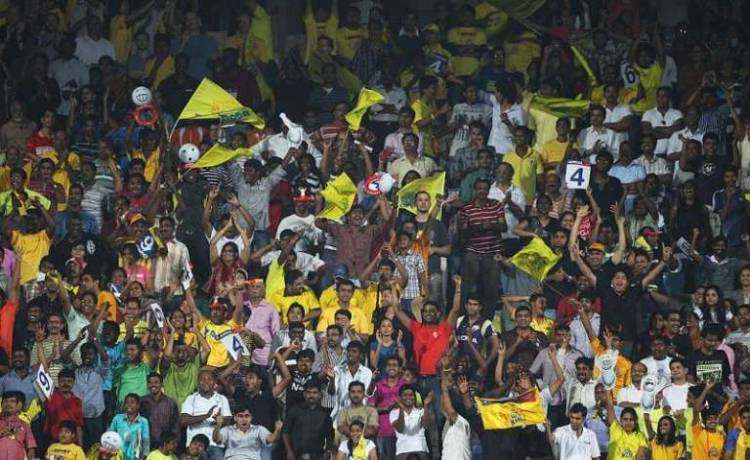 NEW DELHI: The Board of Control for Cricket in India (BCCI) officials are set to meet the Tamil Nadu Cricket Association (TNCA) officials to discuss on whether the three stands -- I, J and K -- at the M.A. Chidambaram Stadium can be opened for the final. If not, the final match will have to be shifted as per the board. TNCA officials believe that it is for the state government to join hands with the association and ensure that Chennai fans don't miss out on watching the final in their city.

The Chennai Corporation had closed these three stands as there were issues with regards to permission when the stadium was refurbished before the 2011 World Cup. With Chennai Super Kings being the defending champions, Chepauk was set to hold the opening match of the season, two playoff games and the final. But a section in the board feels that it is a visual disaster if three stands are empty during the final.

Speaking to IANS, a TNCA official said that the final call rests with the government as the association cannot do much with regards to the closed stands. "We are making efforts. However, since it is the time of the general elections, the political leadership and the administration is very busy in their own spheres. Let us see how it goes," he explained.

The official further added that the association understands the monetary issue in the whole matter if the three stands which hosts approximately 12,000 spectators is closed. "See the thing is that the playoffs and finals are games where the revenue goes to the board. Unlike other games, the gate money from the knockout games goes to the board and we don't wish to put them in a fix. The organisation's position must also be seen," he said.

With the IPL governing council being disbanded by the Supreme Court-appointed Committee of Administrators, an ad-hoc committee has been formed to oversee the smooth functioning of the 12th edition of the cash-rich league.

US proposes tariffs on $11 billion of EU products

CBSE announcing that public examinations will begin for Class XII and Class X on...

SC directed Sasikala and the others to surrender immediately

SC directed Sasikala and the others to surrender immediately, AIADMK General Secretary...