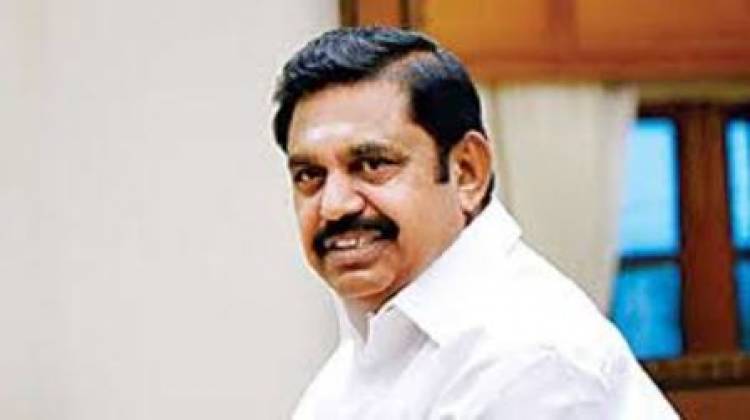 Through video conference, the CM declared open classrooms and buildings for the new college, constructed at a cost of ₹115.71 crore. He also inaugurated the first-year classes.

The opening of the college triggered celebrations on the campus, where Transport Minister M.R. Vijayabhaskar distributed sweets to students and the public, in the presence of Collector T. Anbazhagan, Dean Rosy Vennila and others.

The new college has an intake of 150 students in the M.B.B.S. programme. “A long-felt need and dream of the people of Karur has been fulfilled with the medical college coming into existence today,” a visibly elated Mr. Vijayabhaskar told reporters after the inaugural ceremony.

The opening of the college at Sanapiratti also marks a personal triumph for the Minister as there was much political wrangling over the site for establishing the college. The former Transport Minister, V. Senthil Balaji, while in office, had favoured the establishment of the college at Kuppichipalayam. The decision was reversed after Mr. Balaji — now with the DMK — was dropped from the State Cabinet and stripped of the post of Karur district secretary of the AIADMK.

It was argued back then that the Kuppuchipalayam site was too far from Karur, and subsequently, the State government selected the Sanapiratti site, which is located within the town limits, and issued an order for establishing the college at a total cost of ₹269.58 crore.

Mr. Vijayabhaskar said the new college had been provided with all necessary infrastructure as per the Medical Council of India’s norms. It has a 1,000-bedded hospital, including emergency and other departments.

As many as 985 permanent posts have been created to meet the MCI requirement. The Tamil Nadu Medical Services Corporation is in the process of purchasing necessary equipment for the college at a cost of ₹25.64 crore. Besides, ₹6 crore has been allotted in the current year’s Budget for the purchase of an advanced MRI scanner for the college hospital.

Hop on to a fantastical space journey with the TV premiere...