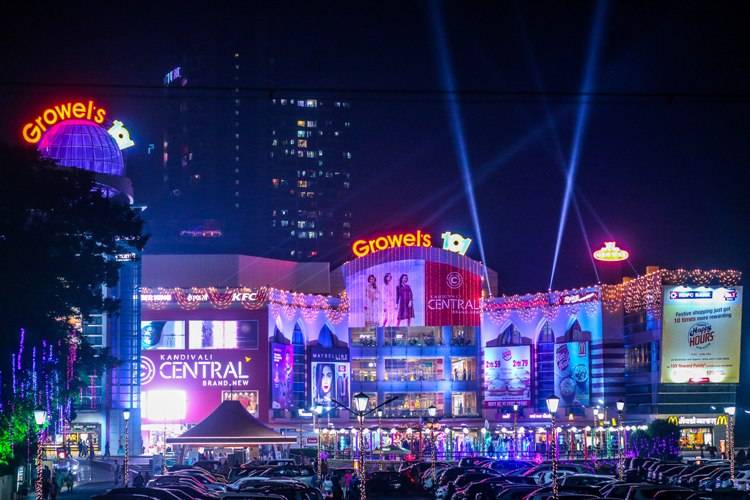 November, Mumbai: This year, the Diwali celebration at Growel’s 101 Mall was all the more special thanks to a special visitor. Actor Zuber Khan not only attended the Diwali festivities at the mall on November 11, but also participated in tons of fun activities. The celebrations were held every weekend from October 27 to November 11 at the mall and through the period the mall wore an uber-cool festive look.

Zuber made his Bollywood debut with the film Lekar Hum Deewana Dil in 2014 and has also been a part of several television shows including Fear Files, Super Cops vs Super villains, Savdhaan India, Kasam Tere Pyaar Ki and Vikram Betaal Ki Rahasya Gatha among others. The visitors could not contain their excitement, as Zuber became a part of the event with much enthusiasm. He played the Tambola Finale with the participants and was seen having a gala time.

The mall looked resplendent right from the main entrance, which was decked up in bright colours with pretty hangings adorning the entire place. Thematic décor and beautiful lights made Growel’s 101 Mall bask in festive glory. Meanwhile, shoppers had an array of options beginning with grand prizes available for them. The offer was that if they shopped for Rs 3,000 and above, they could get a chance to win a Hyundai Eon. A daily Tambola was also held specially for all shoppers who shopped for Rs 1,000 and above and winners played the Tambola Finale with Zuber Khan.

This was not all. Innovative and creative workshops like Lantern Making, Diya Decor workshop, Paper Rangoli, Toran Making, Envelope Making etc along with entertaining games were also held on weekends for kids as well as adults. All brands and stores introduced their new festive collection while white goods, F&B and entertainment segments saw exciting ranges and offers.

IIT Roorkee in Collaboration with University of Michigan to conduct (LEAP) for HRD...

Shane Warne slams Steve Smith for poor captaincy, The South African team is on the...

A boy was beaten up by a girl in Rajasthan's Bharatpur city for reportedly defaming...

Once again the students of MVJ College of Engineering, ranked among the top engineering...