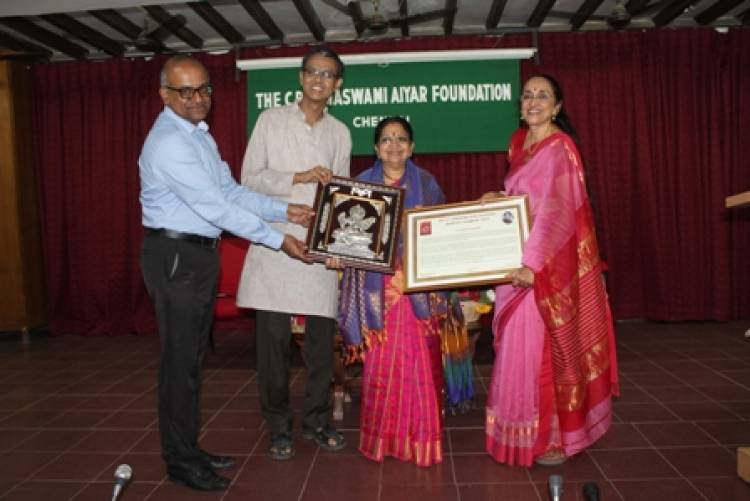 Dr. Premeela Gurumurthy was conferred with the ‘Saraswathi Puraskaram-2018’. The award has been instituted in the honour of Saraswathi Pattabi Raman, an accomplished Western and Indian classical musician and well-versed in playing six instruments.

Speaking at the function C P Ramaswami Aiyar Foundation (CPRA)  President Nanditha Krishna said the saints and musicians of ancient yore did not compose songs effortlessly. They put their devotion, heart and soul to create a flawless composition. When Premeela sings we feel the same.

Accepting the award, Premeela Gurumurthy reminisced several instances where she was helped by members of the CPRA Foundation.

IT employee killed in city by MTC bus

A software professional lost his life after being run over by an MTC bus on the...

ICICI Bank today announced that it has been authorised to collect donation for the...