Quote by Cox and Kings on Holi long weekend 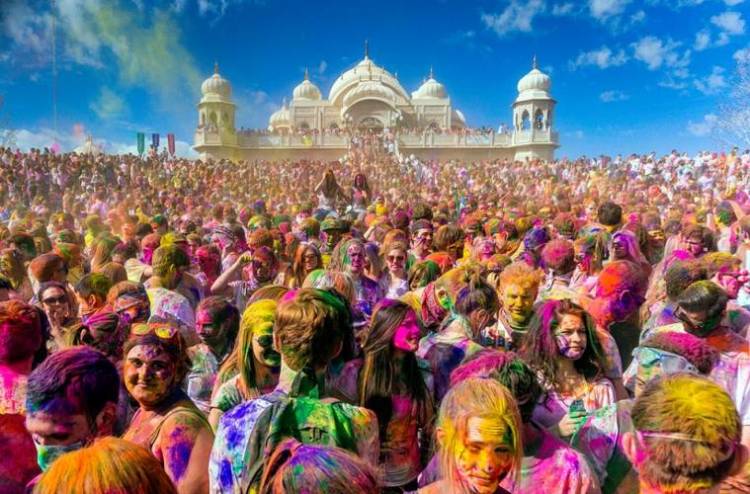 “Since Holi holiday is falling on Thursday this year, travel enthusiasts are planning to celebrate the festival of colours at some of the most vibrant destinations by taking a day off on Friday. As a result, the weekend has attracted large number of domestic and international travel booking with 15% surge in demand.

Those travelling exclusively to witness the Holi celebrations are choosing Punjab, West Bengal, Lucknow, Karnataka, Delhi and Mumbai to catch a glimpse of the unique Holi festivities in these cities.* Many travellers mainly solo, couples and DINKs are also set to take up overseas journeys as March is a cost-saving month with cheaper hotels rates as compared to April-May. Among international destinations Bhutan, Maldives, Thailand, Dubai and Nepal are attracting more weekend travellers.”

The key attraction of Punjab is he Hola Mahalla, observed a day after Holi in Anandpur Sahib. An elaborate display of martial arts and skills by the warrior Nihang Sikhs along with creative contests at other places, grace this, one of the largest gatherings of Sikhs in the world.

Holi is celebrated as Dol Purnima in Bengal. Rabindra sangeet, prayer offerings to Lord Krishna and spring swings can be seen all around. Basant Utsav is celebrated to welcome the new season wherein women wear beautiful yellow or green sarees and apply colour to each other gracefully.

In Karnataka Holika-Dahan is called ‘Kaamadahana’, a public bonfire which signifies the victory of yogic bliss over lust. In Hubli, Rangpanchmi holds a lot of importance which is celebrated by playing with colours. Subtle and subdued, it is the gentlemen’s version of Holi.

Mumbai is a melting pot of many cultures. Young children position themselves on rooftops with buckets full of water-balloons to be thrown on unsuspecting passers-by. Their last form of stress busting revelry before the annual school exams begin. People are invited to join in and be part of the merry-making in Holi parties.

Nothing is subtle or subdued about the way Holi is played in Delhi. There are a lot of well-maintained open spaces in Delhi where people play Holi. Pilgrimage trip to India Gate is a must. Garden or terrace barbecue get-togethers are a norm here.

Pentonic, the pen which empowers students to write the future

Yamaha celebrates its HERITAGE during the 65th anniversary

Yamaha Motor India (YMI) Group celebrated the 65th anniversary along with the global...

A court here on Wednesday took cognizance of a complaint against Human Resource...

A boat carrying Kumbh Mela pilgrims capsized in the Ganga here on Saturday but there...