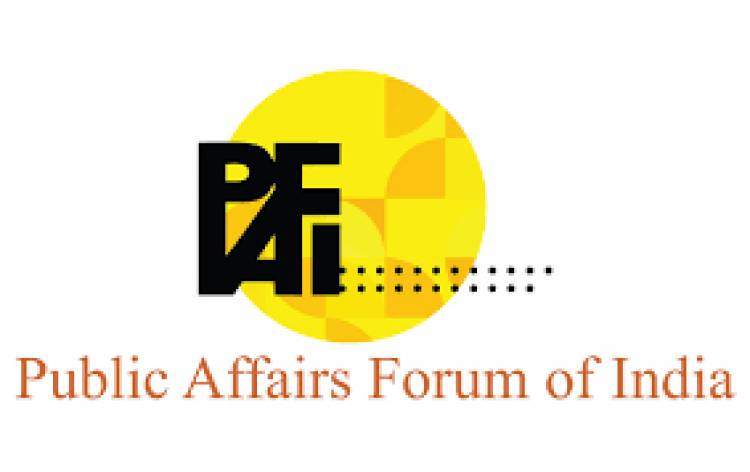 New Delhi, October 19, 2021: Public Affairs Forum of India (PAFI), the only organisation in India representing corporate public affairs professionals, will be hosting its 8th National Forum 2021 in a virtual mode on October 21 -22, 2021. It would focus on PAFI’s Annual Theme “Reviving the Economy: Reimagine. Reboot. Reform”. Over 75 panelists from all over the world, representing government, industry, media and civil society, would share their insights during 16 sessions, carefully curated and spread over two days.

Ajay Khanna, Forum Chairman & Co-Founder, PAFI & Group Global Chief Strategic & Public Affairs, Jubilant Bhartia Group said, “Various measures have been announced by the Government that will lead to economic growth in coming months. PAFI’s upcoming 8th National Forum 2021 will focus on the initiatives that will help revive the economy and realize the vision of becoming the largest economy by 2050. It will also emphasize on strategies that industry needs to adopt for an effective public policy and advocacy practice and drive government-industry partnerships to build mutual trust & an inclusive policy process ecosystem.”

Dr Subho Ray, President, PAFI & President, Internet and Mobile Association of India (IAMAI) added, “The global and Indian economy have, in the last two years, faced unprecedented pressures, eroding the painstaking gains made over the years on several crucial indicators. The terms and nature of business have also changed forcing corporates to rework the existing models across the value chain. The Government of India has already started to implement the theme of the conference - Reimagine, Reboot and Reform. Hence, there is a need for collective efforts from all stakeholders, to come forward and join hands towards the inclusive growth.”

Dushyant Chautala from Haryana, Dibya Shankar Mishra from Odisha; Rajyavardhan Singh Dattigaon from Madhya Pradesh; and, Chandra Mohan Patowary from Assam would bring in the additional perspectives from state governments.

Registration for the Forum is free, frictionless and open through www.pafi.in; besides the practitioners, it offers the rare and valuable opportunity for the policy researchers, students, and young practitioners who are studying, exploring or engaging in the realm of public affairs that spans policy, communication and CSR.

PAFI (Public Affairs Forum of India)
PAFI is dedicated to raise and maintain standards in Public Affairs to enable the profession to attain recognition and credibility by bringing in a paradigm shift in the way businesses engage with stakeholders - Government, Media, Civil Society and Academia. It also endeavors to deepen and broaden the talent pool to create young leaders from diverse backgrounds while planning to expand its footprint across India. Since its inception in 2008, PAFI has been actively promoting and upholding transparency, probity, inclusion, and diversity across the wider remit of Public Affairs Profession Spanning Policy Advocacy, Government Relations, Corporate Communications and Corporate Social Responsibility. It acts as a cross-sector networking platform for public affairs professionals and provides opportunities to benefit from interactions with one other as well as with key policymakers and influencers through evidence-based research, closed-door dialogues, interactive panel discussions, seminars, an Annual Lecture and the National Forum, its annual flagship event.
For more information, visit: www.pafi.in and Twitter: @PAFI_India

HEAD OVER TO PHOENIX MARKETCITY TO CELEBRATE FESTIVE SEASON LIKE NEVER BEFORE!

1st ISSA Conference India to be held in Mumbai

Hungama Kids, a platform for content specific to kids,

GWM to make its India debut at Auto Expo 2020