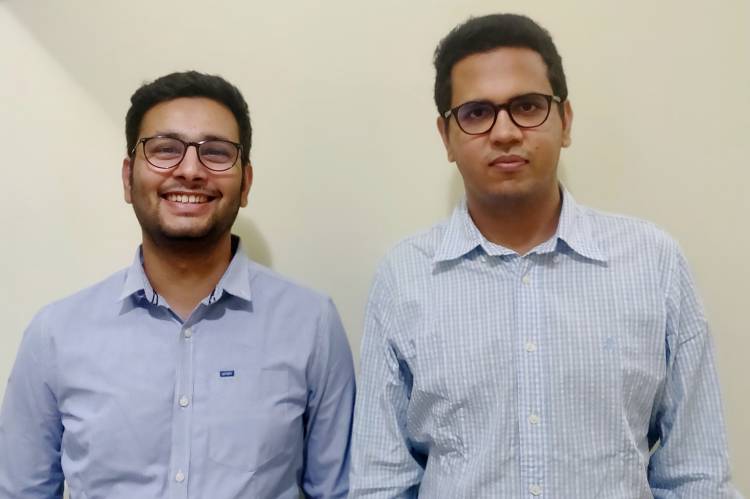 Bengaluru, 15 July 2021 — Leveraging technology to mobilise sales agents across the country, OneCode, a platform to digitise the sales ecosystem, today announced US$5 million in funding led by Sequoia Capital India’s Surge and Nexus Venture Partners, with participation from WaterBridge Ventures.

Founded by Manish Shara and Yash Desai, OneCode connects a network of trusted and accessible sales agents to a pool of potential customers who may not be as tech-savvy. The startup’s mission is to digitise 50 million sales agents across India, and bridge the gap between brands and potential buyers who may need in-person interactions and physical touch points before committing to a purchase.

The size of India’s population and demographic distribution has often meant that up to 95% of businesses in the country rely on an agent network to raise awareness of a product, and get it in the hands of consumers. Additionally, many buyers often look for recommendations from someone close or familiar to them before making their purchase decision.

The platform works with a variety of financial institutions, such as banks, as well as discount brokers and credit card companies, like ICICI Bank, Axis Bank and RedCarpet. By using technology to mobilise this agent network, these companies are able to increase their distribution in tier-2 and 3-cities. On top of providing sales agents with access to relevant products and services, and the chance to earn money through these sales, OneCode also gives them visibility over their earnings on the app, where they can track how much they have earned, and how much is pending or owed to them.

“OneCode helps to provide brands with an outsourced sales army, which empowers people in tier-2 and tier-3 cities to become sales agents with a steady source of income. Even during these tough times, it’s heartening to see how we can still provide our sales agents with livelihood from the comfort of their own homes,” shares Manish Shara, Co-Founder of OneCode.

Pratik Poddar, Principal, Nexus Venture Partners, said, "We believe that India is a unique market where you can create a lot of value by empowering distribution partners. Manish and Yash are solving a large problem for the 50 million agents and financial services institutions and we are very excited to back the OneCode team."

To ensure sales agents are best equipped with the relevant skills and product knowledge to work independently across the country, OneCode also provides agents with comprehensive on-the-job training. Through interactive videos, sales agents can better understand how to sell, whom to sell to, and ways in which they can maximise their earnings.

OneCode was founded in Bangalore in March 2019 by Manish Shara and Yash Desai. Manish is a computer science graduate from Rajasthan University who previously founded and sold two startups. Manish and Yash previously worked together at Dineout, a restaurant tech solutions company catering to individuals and businesses, where Manish led the product department and Yash, who has an MBA from San Francisco’s Hult International Business School, was a business head.

OneCode is part of Surge’s fifth cohort of 23 companies that have developed new digital solutions to help companies and individuals live, work and learn better in a rapidly evolving Southeast Asian landscape.

Founded in 2019 and headquartered in Bangalore, India, OneCode is a startup which aims to connect companies with over 50 million sales agents across the country, giving these agents access to sell the products and services to less tech-savvy buyers.

Surge is Sequoia Capital India’s rapid scale-up program for startups in India and Southeast Asia. Surge combines $1 million to $2 million of seed capital with company-building workshops, a global curriculum and support from a community of exceptional mentors and founders. The program’s goal is to supercharge early-stage startups and give founders an unfair advantage, right out of the gate. For more information on Surge, visit www.surgeahead.com.

Classes commence at IIM Sambalpur in the online mode

After successfully completing the end term examinations of the first-year students...

fbb launches special collection for Sankranthi with the...

Sony YAY! rings in 2021 with a mega programming line-up!

The dawn of a New Year always brings with it a renewed sense of excitement, vigour,...