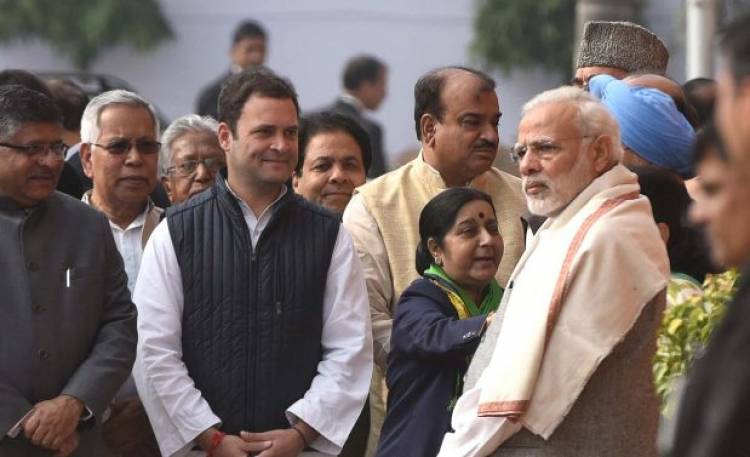 BHUBANESWAR: Prime Minister Narendra Modi and AICC President Rahul Gandhi are scheduled to visit Odisha this month ahead of general and Assembly elections in 2019.

The tour itinerary of the Prime Minister would be announced soon, he said.

He said while the visit of Gandhi is confirmed, the date is yet to be finalised.

Patnaik said Gandhi will most likely arrive on a two-day visit either on December 22 and 23 or Dec 27 and 28.

Incidentally, the visits of Modi and Gandhi are scheduled at a time when the ruling Biju Janata Dal (BJD) will be celebrating its foundation day on December 26.

fbb launches special collection for Sankranthi with the...

Extending its gains for the seventh day in a row, the rupee strengthened by 9 paise...

Raksha Bandhan is just around the corner and it?s the festival to pamper sisters...

Strong macroeconomic fundamentals has put India on a growth...

India today is well on its way towards becoming a nation with sustainable growth....

Mumbai Half Marathon to be held on August 21

Mumbai Half Marathon to be held on August 21, Over 15,000 runners are set to participate...