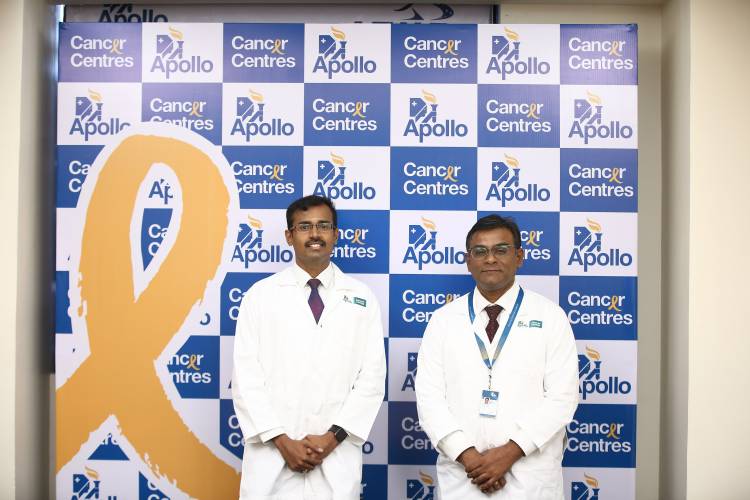 Mr.Thomas (name changed), a 34-year-old athlete and a software professional working in Auckland, New Zealand started experiencing recurrent episodes of a sense of butterflies in his stomach with occasional attacks of unconsciousness in 2009. He was under treatment by neurologist in New Zealand with a diagnosis of Simple partial seizures. However, between 2010 to 2015 he had multiple seizure attacks, imaging revealed rare type of Epilepsy called Medial temporal lobe epilepsy (MTLE) which were controlled with anti-epileptic medicines.

Mr.Thomas seizures, increased in frequency & could not be controlled with medications. Eventually he was advised to explore a surgical option in New Zealand. He Consulted Dr.Shankar, Senior Radiation Oncologist & Cyberknife Expert at Apollo Cancer Center around January 2021 and was advised to undergo a detailed neuropsychological assessment. Mr.Thomas had visual memory scores at 90th percentile before any surgical interventions.

Dr.Muthukani, Senior Epileptologist, Apollo Hospitals alluded that MTLE is one of common type of epilepsy and is often characterized by the sense of an aura immediately preceding the seizure. MTLE affects the inner part of the temporal lobe of the brain, specifically in area called the hippocampus, which processes memories.

Microsurgery is first treatment option for Drug resistant MTLE. However, surgery poses some risk to memory. Mr.Thomas was keen on preserving his memory and get his siezures under control by exploring alternative promising option- Cyberknife Radiosurgery. Cyberknife is a non-invasive option which involves delivery of X-Rays/Gamma rays with great (submm) accuracy. It is a day care procedure and completed in a single session over 30mts.

Dr.Shankar alluded that “Radiosurgery is not for all the MTLE patients. It is used in select indications who fit into following criteria - Young patients with High level of functioning, Socially adapted, Working, and Few neuropsychological deficit before Treatment. Radiosurgery in such patients provide favourable efficacy (nearly 70% Engel class 1 response) comparable to surgical series and superior memory preservation.”

Mr.Thomas has been tapered of the medications to lower doses and there are no new episodes of seizures. He is back to his regular work with rejuvenated energy.

It’s that time of the year when Red,

The spirit of Pongal boils over at Southern Spice, Taj Coromandel as you enjoy the...