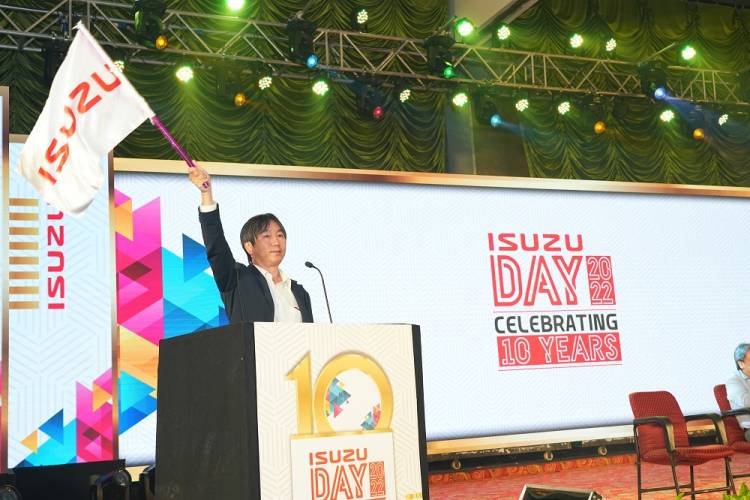 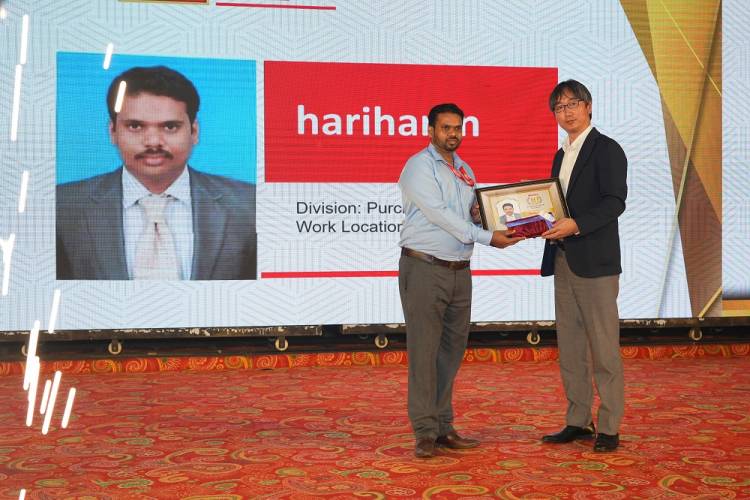 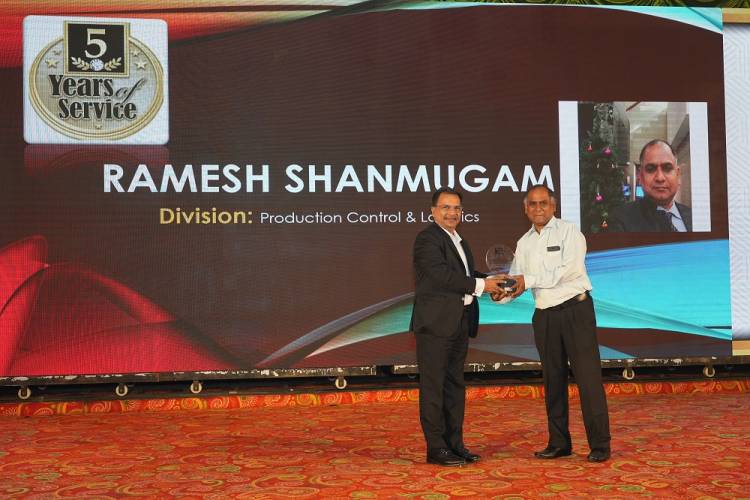 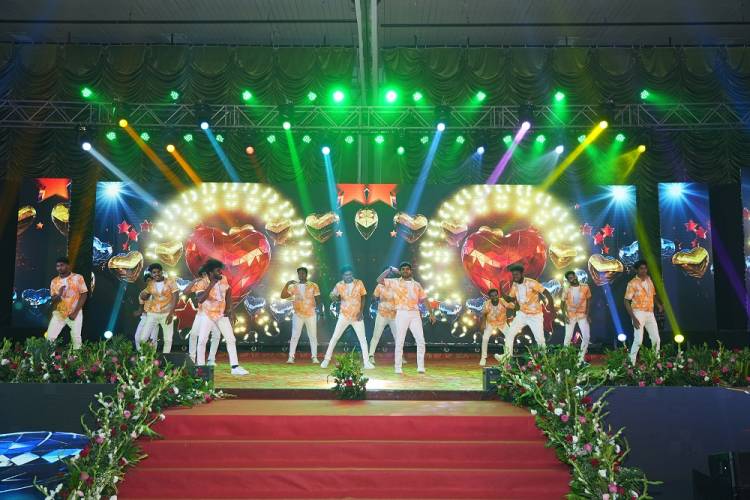 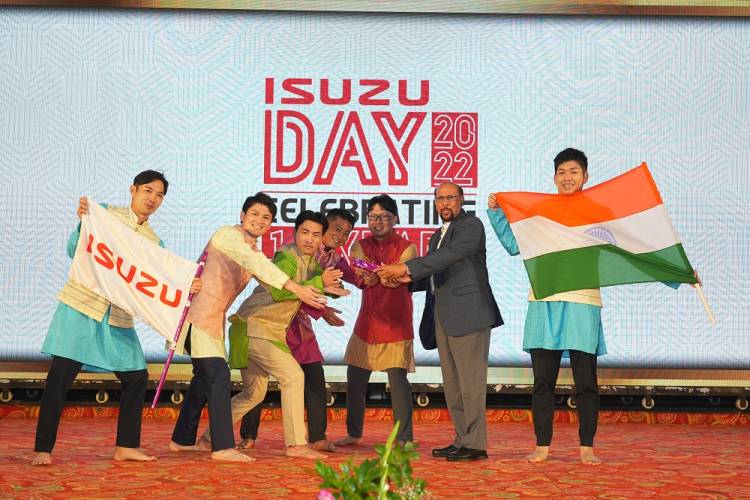 Felicitates employees who have been associated with the company since the beginning.
Successfully created a new niche Segment in India with the ISUZU D-MAX V-Cross - India’s First Adventure Utility Vehicle (AUV).

It was announced that IMI would produce & deliver 25K vehicles in FY 22-23.

Mr. Wataru Nakano, Managing Director, IMI in his speech added, “IMI has successfully completed 10 years in India. It has been through many challenges, however, we have created a new niche in India with the ISUZU D-MAX V-Cross (India’s First Adventure Utility Vehicle (AUV)).

As part of the ‘Atmanirbhar Bharat’ initiative, our ‘Made in India’ products are now being exported to neighbouring and gulf countries. Needless to say, India is very important to ISUZU and will serve as one of the important manufacturing hubs for ISUZU globally. I am happy to announce that we are well set to deliver 25K vehicles this year.”

The current year has also seen many internal production milestones being achieved including the rollout of the 50,000th vehicle, 5000th locally made engine and the 500,000th pressed part, from the Sri City plant, which are in line with the Company’s plans.

At the celebratory event, the members of the management felicitated the employees who have worked since the initial project phase. The ‘5-year’ long service awards were also presented to many employees on this occasion.

A special film featuring the ‘Equal Opportunity Initiative’ featuring the growing women talent in the manufacturing operations at Sri City plant was also showcased. This forms part of the ISUZU’s inclusion initiative globally.

The event also had certain on-stage performances by various teams showcasing their talent.

In all, the 10-year anniversary event had the right mix of leadership direction and motivation, employee recognition, key initiatives and performances that charged the bonhomie to take IMI to the next level of operations.

Isuzu Motors India Private Limited (IMI), a subsidiary of Isuzu Motors Limited, Japan, was established in August 2012. Headquartered in Chennai, the company sells the popular ISUZU D-MAX V-Cross – India’s First Lifestyle and Adventure Pick-up, the Hi-Lander - All-rounder Pick-up and the ISUZU mu-X, premium 7-seater SUV in the personal vehicle segment and variants of ISUZU D-MAX pick-ups – S-CAB and Regular Cab, for the commercial segment. ISUZU vehicles are known for their reliability and performance around the world. Renowned the world-over, ISUZU vehicles are gaining huge significance in the Indian market as well, thanks to the ‘value proposition’ it offers the customers.

Isuzu Motors India manufactures these products at its modern manufacturing plant in Sri City, spread over an area of 107 acres in the state of Andhra Pradesh. The company began its manufacturing operations in April 2016, with strong focus on quality and commitment to Indian market. In February 2020, Isuzu Motors India commenced the start of its Phase-II operations with the inauguration of the state-of-the-art Press Shop facility and engine assembly plant. An ISO 9001:2015 certified company, Isuzu Motors India is committed to providing products and services of the highest level of quality to ensure customer delight.

The company has dedicated dealer touch-points, conveniently located in 47 locations across the country. The company also operates a Lifestyle Brand Showroom with a Café at Nariman Point, Mumbai. For more information on the company, and its products/services. www.isuzu.in

Come and savor some of the world famous Cherries from the...