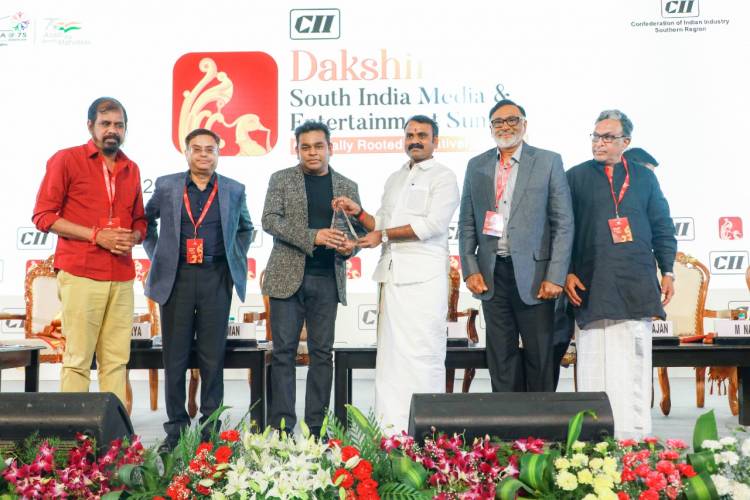 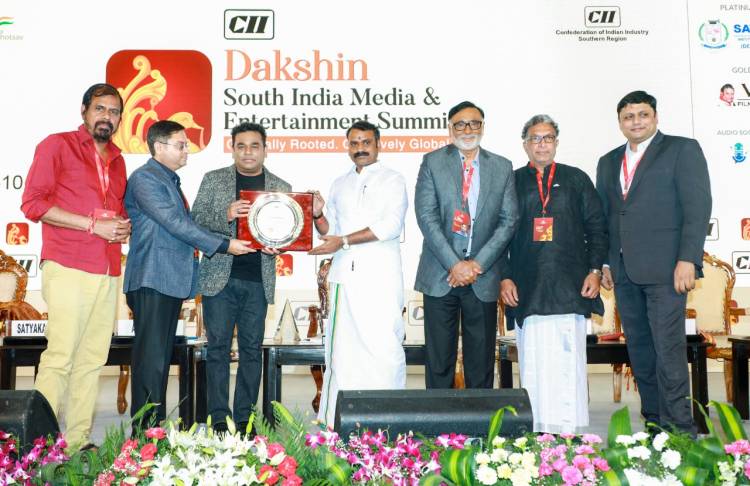 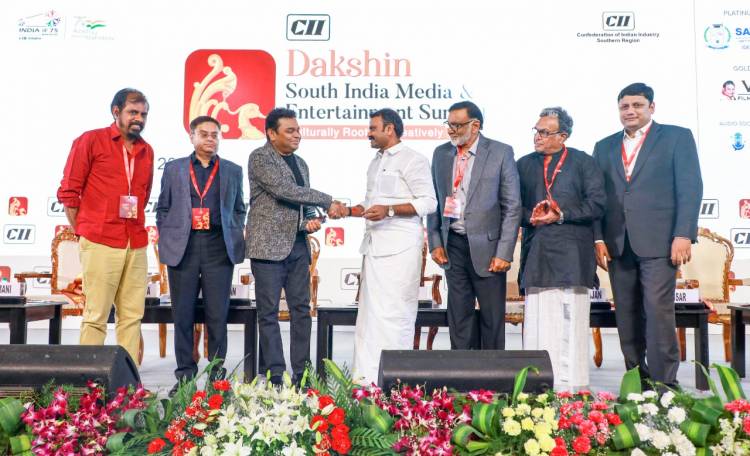 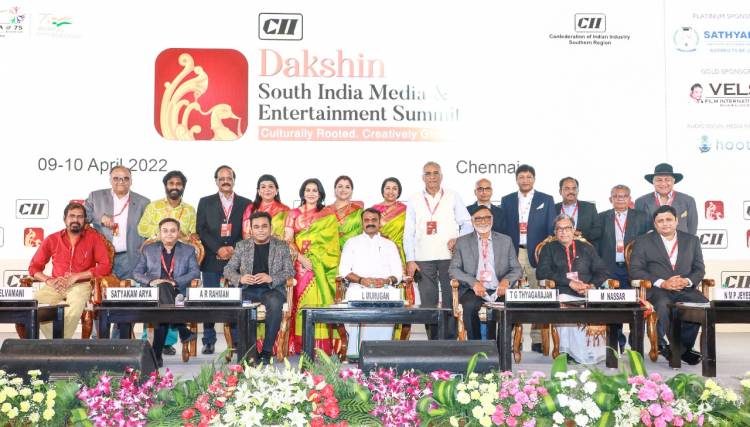 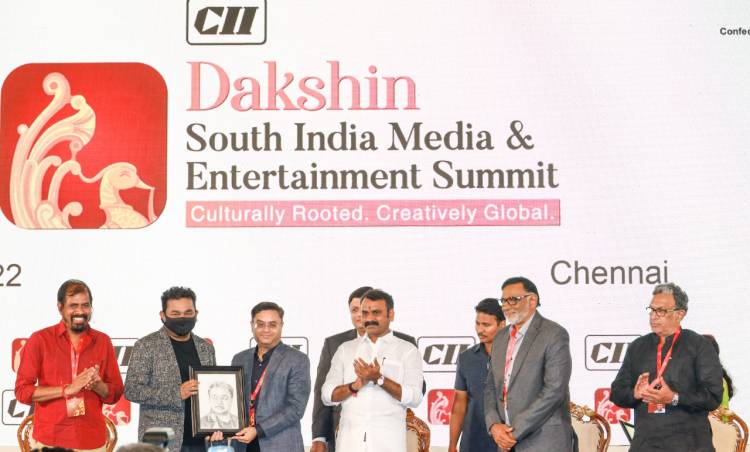 The Government of India will make every effort to support the media and entertainment industry said Dr L Murugan, Hon’ble Minister of State for Information & Broadcasting, Fisheries, Animal Husbandry and Dairy, Government of India in his keynote address at the CII Dakshin – South India Media & Entertainment Summit organized by the Confederation of Indian Industry, Southern Region.

The Indian film industry produces the highest number of films in the World. It employs millions of Indians and the Government acknowledges their valuable contributions to the growth of the media and entertainment sector said the Hon’ble Minister.

A number of policy decisions have been initiated to help the industry such as signing of treaties with 15 countries for co-producing films with Indian actors, a single window clearance and a special portal to assist international movies being shot in India, he further added.

At the Valedictory Session, Dr A R Rahman, Music Composer, Singer, Lyricist & Producer was recognized as “The Icon” from South India for his outstanding contribution to the film industry.

In his special address, Mr M Nassar, President, Nadigar Sangam said, “The words talent and passion are frequently used when it comes to M&E industry. I would request everyone to also add professional and professionalism into the vocabulary of this industry”.

Mr R K Selvamani, President, Film Employees Federation of South India (FEFSI) said, we have risen from the ashes post the pandemic like the phoenix. He urged policy makers to offer benefits to the M&E industry by treating it on par with other industries.

“The South Indian M&E sector has benefited greatly from a favourable policy environment, which has allowed the industry to move forward even during the pandemic,” said Mr. Satyakam Arya, Chairman, CII Tamil Nadu in his address.

Mr T G Thyagarajan, Chairman, CII Dakshin spoke on the various takeaways of the 2-Day Summit which would encourage youth to look at the media and entertainment industry as a promising sector for growth.

Indian contingent has been assured of four medals in the ongoing Asian Wrestling...