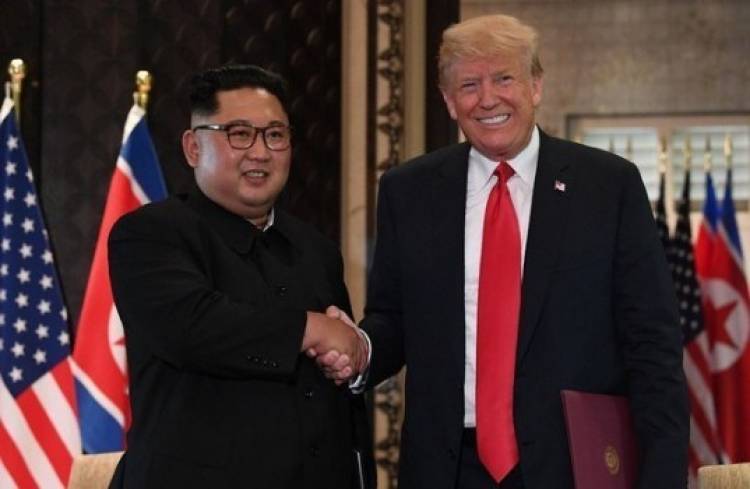 HANOI: US President Donald Trump and North Korean leader Kim Jong-un will begin their second summit here on Wednesday with a one-on-one meeting followed by a dinner.

The two leaders will meet alone for a 20-minute conversation, according to the White House, and will be joined by four of their advisors for a dinner lasting for one hour and 35 minutes, which the US government has described more of a "social" than a working dinner.

Accompanying Trump to the dinner will be Secretary of State Mike Pompeo and Acting White House Chief of Staff Mick Mulvaney while it is believed that the North Korean leader will be accompanied by his sister and adviser, Kim Yo-jong, and former military intelligence chief, Kim Yong-chol.

The summit will continue on Thursday and although the final agenda is still unknown, Trump and Kim Jong-un are expected to try to advance towards a shared definition of what denuclearisation means, an ambitious task given that Pyongyang believes that the process should also include South Korea.

According to media reports, the summit could end with the signing of a legally non-binding peace declaration to symbolically end the state of war which still technically prevails on the peninsula since the end of the Korean War of 1950-1953.

North Korea and the US are also expected to set up liaison offices in their respective capitals, the first step towards establishing diplomatic ties between the traditional foes.

Before the start of the summit, Trump was due to take part in a series of meetings and the signing of a trade agreement with the Vietnamese authorities while Kim's agenda was unknown except that he has postponed until Friday the start of his state visit to Vietnam.

LG, Samsung 4G handset buyers to get RJio services for...

Ahead of its commercial launch, Reliance Jio is now available on all 4G smartphones...

Pentagon confirms Al Qaeda leader?s death in Syria, The US Ministry of Defense on...

The Chennai based Catalyst Public Relations Pvt. Ltd., one of the leading PR agencies...

A 70 year old patient walks again after a complicated surgery