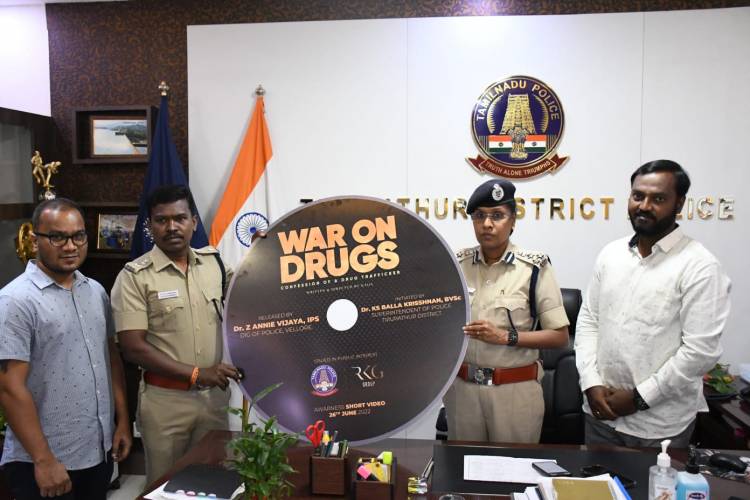 Short films based on social awareness themes have played a pivotal role in influencing society to a greater magnitude. Especially, when it comes from a team of versatile and promising talents, it is sure to make a greater impact. Such is the curious case of a short film titled ‘War on Drugs’. The short film based on awareness against narcotic drugs was launched this morning by Vellore DIG of Police Dr. Z Anne Vijaya. IPS & Dr. KS. Balakrishnan, BVSc at Tirupattur Superintendent of police office.

The short film is issued in the public interest by Tirupattur District Police & RKG Infotainment.

‘HAVE YOU TAKEN THE TASTE CHALLENGE YET?’ – SLICE® ASKS...

Making a bold statement this summer, Slice® is encouraging consumers .........

Arun Vijay at the Special Olympics Flame of Hope Torch...