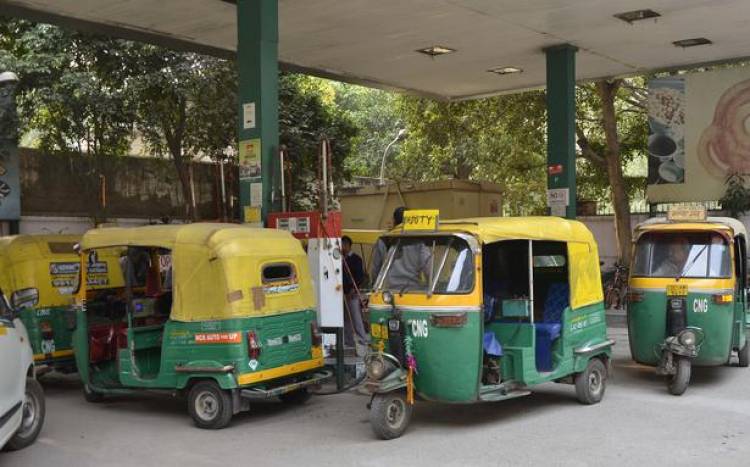 After hike in rates of petrol, diesel and LPG, the prices of CNG and cooking gas piped to household kitchens (PNG) in the national capital were hiked on Thursday by ₹1.

CNG price in NCT of Delhi has been increased to ₹59.01 per kg from ₹58.01, according to the information posted on the website of Indraprastha Gas Ltd - the firm which retails CNG and piped cooking gas in the national capital.

This is the third increase in CNG rates this month, which follows a spike in input (natural gas) prices across the globe. On the previous two occasions, rates had gone up by ₹0.50 per kg.

Following the firming up of international gas rates, IGL has been raising CNG rates periodically. Prices have gone up by about ₹5.50 per kg this year alone.

Also, the price of piped natural gas that households get for cooking purposes has also been increased by ₹1 to ₹36.61 per standard cubic meter in Delhi.

The increase follows ₹1.60 per litre hike in petrol and diesel prices affected during the last two days and a ₹50 per cylinder raise in the cooking gas LPG rates.

After rising by 80 paise per litre on March 22 and 23, petrol and diesel prices remained unchanged on Thursday, possibly because of the heat the government faced on the issue in Parliament on the two previous days.

Similarly, PNG cost has increased to ₹35.86 per SCM in Noida, Greater Noida and Ghaziabad and to ₹34.81 in Gurugram.

Prices vary from city to city depending on the incidence of local taxes such as VAT.

A record 137-day hiatus in petrol and diesel price revision ended on March 22, with an 80 paise per litre increase in rates and a similar proportion hike followed on Wednesday.

Prices had been on a freeze since November 4, ahead of the assembly elections in states like Uttar Pradesh and Punjab - a period during which the cost of raw material (crude oil) soared by $30 per barrel.

The rate revision was expected soon after assembly elections ended on March 10, but it was put off.

According to CRISIL Research, the price of crude oil (raw material for making petrol and diesel) has averaged $100 per barrel in the current quarter and a full pass-through would require a ₹9-12 per litre increase in the retail prices. And if the average crude oil price rises to $110-120, the hike required would be ₹15-20 per litre.

India is 85% dependent on imports for meeting its oil needs and so retail rates adjust accordingly to a global movement.

The issue of price rise figured in both Lok Sabha and Rajya Sabha, with opposition protesting the additional burden on common man already reeling under the pressure of high inflation and commodity price rise. The opposition forced adjournments in Rajya Sabha while they walked out of Lok Sabha on the issue.

With no increase in petrol and diesel prices on Thursday, both Houses of Parliament functioned normally.

India will need 2,210 new aircraft in next two decades

With representation to different states and various caste and social groups, Prime...

China rejects Trump's call to mediate on standoff with...

China on friday rejected US President Donald Trump offer to mediate between Sino-India...