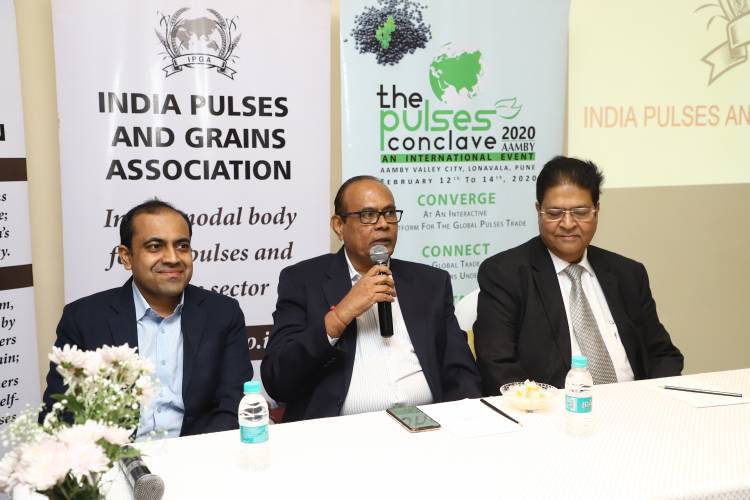 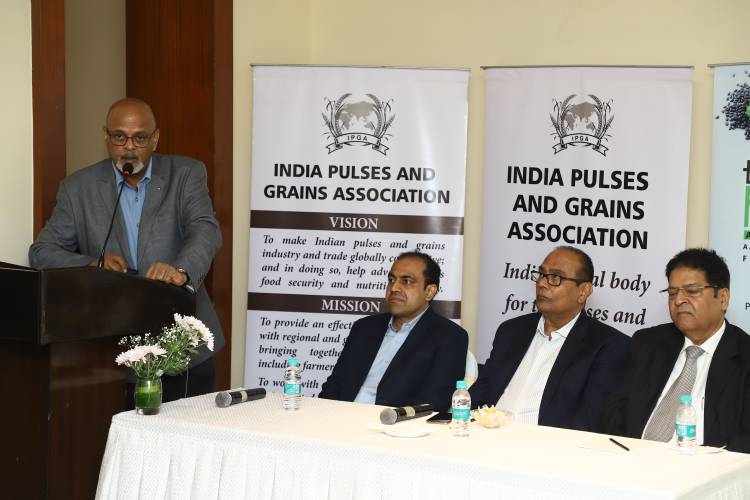 Key Highlights:
•The 5th edition of The Pulses Conclave will be held at Aamby Valley City, Lonavala from February 12th to 14th, 2020
•Close to 1000 trade stakeholders from India and overseas expected to participate in the Conclave
•Focus of the Conclave will be to brainstorm on ideas to help Indian Pulses Trade become a major contributor to the PM’s vision of making India a $ 5 trillion economy by 2024

The Pulses Conclave 2020, as a part of its agenda will not just discuss increasing domestic production and consumption but will also bring to fore other areas of the trade like Improving Processing efficiencies, increasing Consumption, Exports, Value Addition, Protein Extraction, Post-harvest Crop Management, etc.

Mr. Jitu Bheda, Chairman, IPGA speaking on the occasion said, “Hon’ble Prime Minister’s vision is to double the farmers income by the year 2022 and a huge effort has been put into achieving the same. The result has been that India’s pulses production has steadily grown every year from around 19 million tons in 2013-14 to 23 million tons in 201-19 and the target for 2019-20 is of 26.30 million tons. IPGA’s agenda and road map going forward will be to encourage its members to take advantage of the increased domestic production, balance imports vis-à-vis the production and demand thereby ensuring that the Indian consumer does not face any availability crunch nor high retail prices.”

Mr. Bimal Kothari, Vice Chairman, IPGA said, “At TPC 2020 IPGA’s focuswill be to try and put together a roadmap that will help the Indian Pulses Trade be able to contribute to the Hon’ble Prime Minister’s vision of making India a $ 5 trillion economy.The domestic production of pulses has consistently stayed over 23 million tons in the last three years, and this has helped give a fillip to the processing sector which has now moved beyond traditional dal milling.

Mr. Kothari further added, “Recognizing the need of the hour, IPGA has collaborated with the Good Food (GFI) Institute for The Pulses Conclave 2020. GFI will present a one-hour session titled, Product Innovation in Pulses: Spotlight on Alternative Proteins. The session will explore key questions about stimulating the ecosystem for business and research in the country.The sessionwill cover aspects such as Global overview of the alternative protein sector, types of products, success case studies; current global bottlenecks in product development - scientific information on indigenous crops, lack of functional ingredients for entrepreneurs, lack of processing capacity as well as challenges to be overcome for the Indian pulse industry to capitalize on this ecosystem - agricultural transformation for the growth of these value chains, lack of processing capacity and technology know-how.”

Mr Kothari also said, “Pulse processors are actively engaging in developing an alternative protein sector in India which will include developing tasty, affordable and high-protein foods, making plant-protein products from pulses, developing plant-based and cell-based alternatives to meat, dairy and eggs to dramatically reduce animal suffering as well as reduce environmental strain on the planet caused by the animal agriculture sector. The growth and development in the processing sector will see the flow of domestic and foreign investments into the sector.”