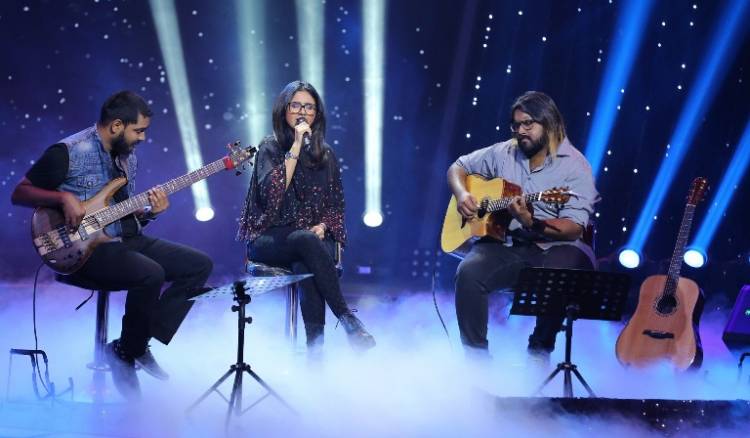 Chennai, 15 May, 2019: As the battle gets intense and tougher, Singing Stars on COLORS Tamil is all set present some impactful performances by the contestants as they put their best foot forward to stay in the race to grand finale. Amidst tremendous competition, the singers will be spotted crooning to their favorite K-Town music, but this time not as a pair but as individuals.

Slated to be aired on 18th and 19th May at 8:00 PM, the contestant from each pair will have the double duty to perform and represent their partner.  With contestants doubling up the effort and entertainment, watch the musical battleground elevate to an all new level. Impressed with the contestants journey on the show, watch a surprise appearance of Petta fame director Karthik Subbaraj and Pariyerum Perumal fame Mari Selvaraj graced on the sets of Singing Stars as they applaud and encourage the contestants. That’s not all, joining the Director duo is K-Town’s infamous guitarist Keba Jeremiah who is set enthrall the viewers with magnificent tracks along with one of our star judges Sakthishree Gopalan.

Don’t miss this one-of-its-kind episode coming weekend 18th and 19th May at 8:00 to 9:30 PM to know if your favorite singers made it to the semi-finals round. The channel is available on all leading cable networks and on all DTH platforms - Sun Direct (CH NO 128), Tata Sky (CHN NO 1555), Airtel (CHN NO 763), Dish TV (CHN NO 1808) and Videocon D2H (CHN NO 553). Have you missed the chance to watch this music spectacle? Don’t worry, tune-in to Voot to catch up all your favorite episodes anytime at your convenience.

For those aspiring to get a piece of high-end luxury. .....