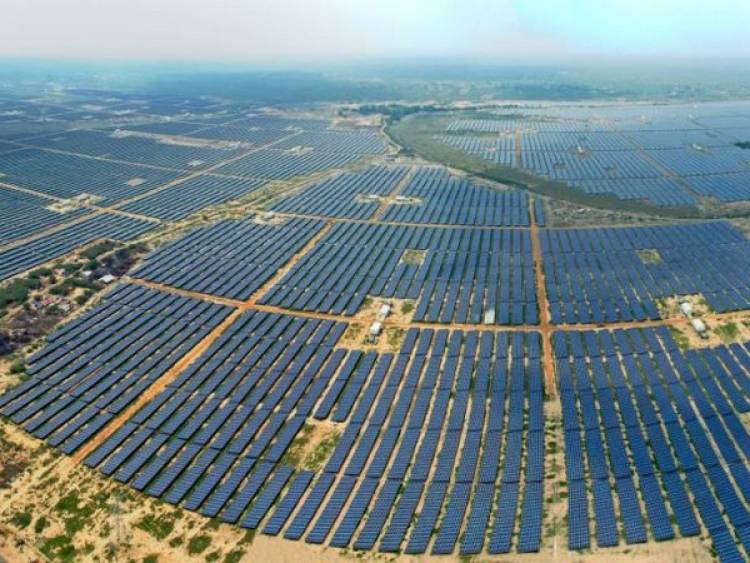 Shares of Adani Green Energy spurted by more than 9 per cent at noon on Tuesday, a day after Mercom Capital ranked its parent group as the number one global solar power generation asset owner in terms of operating, under-construction and awarded solar projects.
Adani said its renewable energy portfolio exceeded total capacity installed by the entire United States solar industry in 2019 and will displace over 1.4 billion tonnes of carbon dioxide over the life of its assets.
The group said it is one of the most fully integrated solar players in the world, manufacturing solar cells and modules, undertaking project development, construction, financial structuring and owning and operating its assets through its internal asset management platform.
"Achieving this ranking is a direct result of our commitment to creating the infrastructure needed for a clean-powered future," said Chairman Gautam Adani.
At 12 noon, Adani Green was trading 9.17 per cent higher at Rs 541.90 per share. (ANI)

The 3rd Prof B Ramamurthi Oration was organized by the Advanced Neuroscience Foundation...

OnePlus, a global technology brand, officially announced a first of its kind doorstep...

Jayalalithaa urges Modi to declare floods in TN as national...