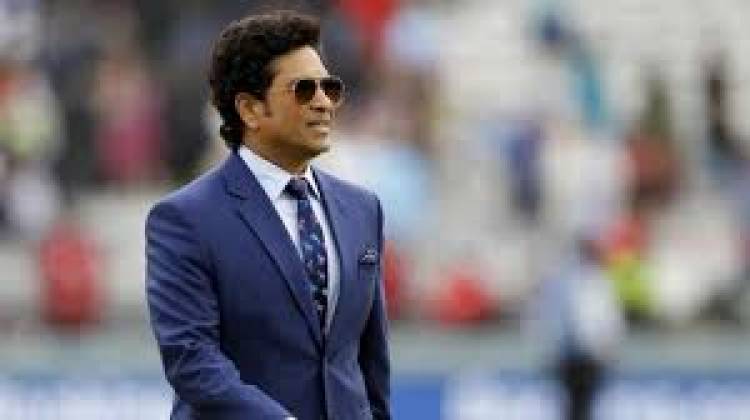 The moment is titled carried on the shoulders of a Nation, a reference to the Indian Cricket teams 2011 World Cup triumph.In his sixth attempt at the World Cup nearly nine years ago, Tendulkar became a part of a victorious team.

Carried on the shoulders of the Indian team, Tendulkar made a lap of honour shedding tears of joy after the victory was sealed in his home city Mumbai.

Former Australia captain Steve Waugh, who is a member of the Laureus Academy,described Tendulkar's nomination as a fantastic moment for cricket.

"It is fantastic for our sport. It is very hard to get nominated for Laureus. It was a remarkable achievement(2011) and Indian cricket is doing fantastic" Waugh told PTI

"I remember when we won the Laureus Sports Team of the year (2002). It was a great moment for Australian cricket".

The foundation has launched the Laureus Sporting Moment 2000-2020 public vote,which gives fans opportunity to choose one of the winners of the prestigious Laureus World Sports Awards.

In Berlin on February 17, the 20th anniversary Laureus World Sports Awards will honour the greatest sporting triumphs of 2019,celebrate the power of sport in transforming the lives of young people around the world and, through this campaign,award the greatest Laureus Sporting Moment of the last 20 years.

The voting takes place between January 10 and February 16, with the winner being announced during the Laureus World Sports Awards Show on February 17 in Berlin.

Employees of Grundfos India Participate in a Lake Cleanup Drive........

MDMK party treasurer Masilamani quit the party on Friday, citing the decision of...