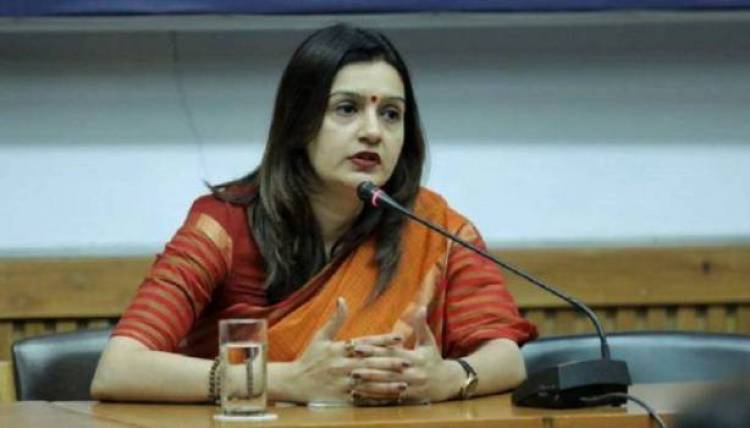 NEW DELHI: Congress spokesperson Priyanka Chaturvedi has quit the party in protest against the misbehaviour by some colleagues in Mathura and is set to join the Shiv Sena on Friday.

"She has decided to join the Shiv Sena. She will join today (Friday) at Matoshree in the presence of our President Uddhav Thackeray," Shiv Sena spokesperson Manisha Kayande told IANS.

Sena MP Sanjay Raut had earlier hinted that Chaturvedi was going to join the Sena.

In a letter to Congress President Rahul Gandhi on Thursday which became public on Friday, Chaturvedi said that in the last few weeks certain things had convinced her that her services were not valued in the party any more.

In the letter, she said it saddened her that despite the safety, dignity and empowerment of women being promoted by the Congress, "the same is not reflected in the action of some of the members of the party".

"A serious incident and misbehaviour against me by certain party members while I was on official duty for the party has been ignored under the guise of all hands needed for elections. This indignity to me has been the final factor to convince me to move on and focus on other things outside INC," she wrote.

On Wednesday, Chaturvedi hit out at the Congress for reinstating members who had been suspended recently for misbehaving with her at a press conference in Mathura, saying "those who threatened her within the party got away with not even a rap".

Slamming BJP for criticising his party over the decades old Cauvery...

How About Protecting Your Hearts This Valentine’s Day?

Valentine’s Day is a day when we celebrate love. Chocolates and roses are swell...