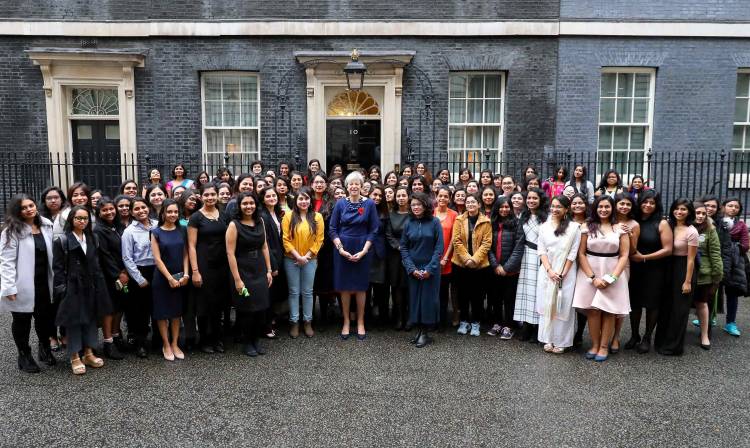 Chennai, 5 November 2018: British Council, the United Kingdom’s international organisation for cultural relations and educational opportunities, has announced the second edition of its 70th Anniversary Scholarship programme for Indian Women pursuing a master’s in Science, Technology, Engineering and Math (STEM) in the United Kingdom. The announcement was made at a felicitation ceremony with Prime Minister Rt Hon Theresa May MP United Kingdom for the 104 Indian Women STEM scholars. The scholars are currently completing their Master’s in STEM education in 43 British Universities across England, Scotland, Wales and Northern Ireland.

The announcement of a second edition of the scholarship scheme edition follows a hugely successful first round, which celebrated the British Council’s 70th Anniversary in India. More than 50% of the 104 scholars are from Tier 2 and 3 Indian cities, underlining the British Council’s commitment towards improving access to quality education, skills and qualifications across the country; and creating opportunities for Indian women to succeed in India and globally.

Mr. Alan Gemmell, OBE, Director India, British Council said, “Meeting the Prime Minister at her home in 10 Downing Street is an unforgettable day for our scholars. The scholars’ visit is a reminder of the critical importance of the educational relationship between Britain and India and that the UK welcomed 18,000 students from across India last year. The 104 women who comprise the 2018 British Council 70th Anniversary Scholars are ambassadors for the future relationship between the UK and India - a relationship focused on creativity, innovation, and life-changing opportunities. I’m delighted we are announcing an investment of £1 million to award 70 more women British Council 70th Anniversary Scholarships in 2019.”

Lahari Goswami, British Council scholarship winner from Chennai, pursuing MSc in Human Computer Interaction Design from City University of London, said, “The past year has been one of the most fulfilling years of my life. From finding out about the British Council STEM scholarships to meeting some of the most influential people across the world as a result of the scholarship; and pursuing a world-class Master’s degree in the United Kingdom, it has all been great. I aim to make the most of this opportunity and am very excited to learn that this opportunity has been extended to more Indian researchers.”

Candidates applying must have an offer from a United Kingdom university by 30January 2019. All details will be available on the British Council website.

One man made disaster for India: M.K Stalin

Australia appoint Muralitharan as consultant for Lanka series, Ahead of their three-match...

A shout-out to all those junior chefs out there! Taj Coromandel’s Pastry Chef Ravi...