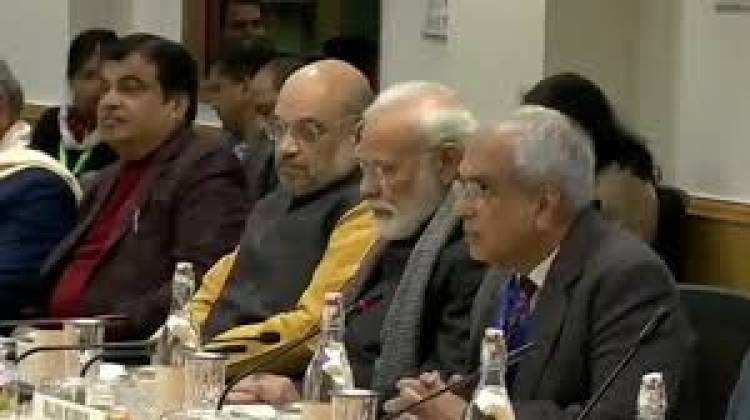 Ahead of the Union Budget,PM Modi met top economists of the country at NITI Aayog

The PM had earlier invited ideas and suggestions for the Union Budget 2020 on MyGov.

"The Union Budget represents the aspirations of 130crore Indians and lays out the path towards India's development.I invite you all to share your ideas and suggestions for this year's Budget on MyGov", he tweeted.

The Budget session of Parliament will commence on January 31 and conclude on April 3,sources said earlier today.

The first phase of the session will be from January 31 to February 11 and the second one from MArch 2 to April 3.

Indian Navy continues to maintain presence in Gulf region under Op Sankalp amid...

Working towards the cause for a hunger free world, Chennai Foodbank announced a...

Chipstead, the stylish and contemporary bar at the lobby level, exudes a relaxed...

Centre today announced that sitting deputy Governor Urjit Patel will take over as...