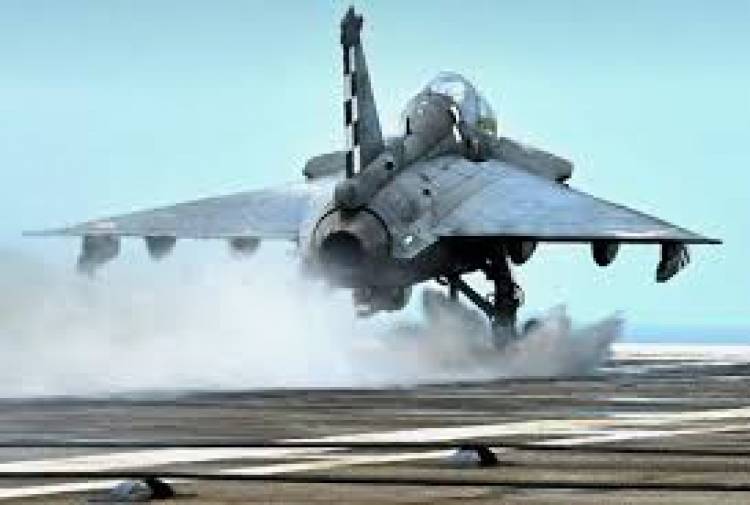 With this feat, the indigenously developed niche technologies specific to deck based fighter operations have been proven, which will now pave the way to develop and manufacture the Twin Engine Deck Based Fighter for Navy", Spokesperson Indian Navy.The Defence Research and Development Organisation(DRDO)-developed Light Combat Aircraft landed with the help of an arrester wire. Aeronautical Development Agency is working with the Navy to develop the fighter aircraft.

"After completing extensive trials on the Shore Based Test Facility,the LCA made arrest landing successfully on INS Vikramaditya today at 10:02am. Commodore Jaideep Maolankar did the maiden landing", Defence Research and Development Organisation(DRDO) officials told ANI

A Light combat aircraft is a light multirole jet military aircraft mostly coming from advanced trainers that have been modified or designed for engaging in light combat missions,either in a light strike or attack missions,reconnaissance or interdiction roles while some keeping its trainer role.

Malvikas statement  I am delighted to win this tournament