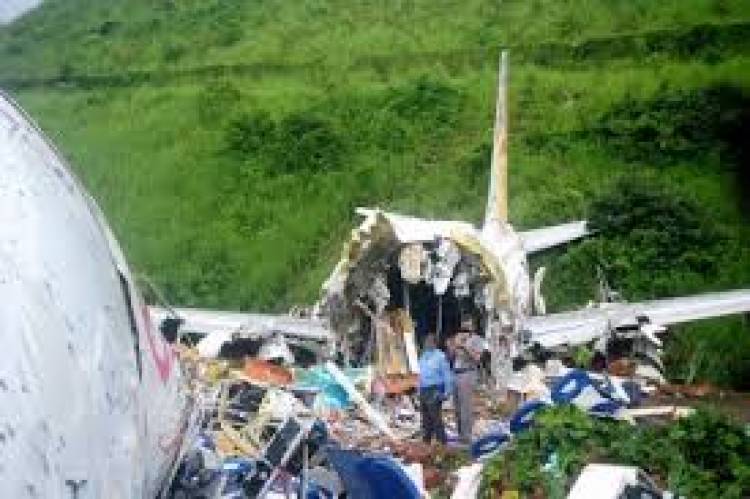 The Digital Flight Data Recorder (DFDR) has been recovered from the Air India Express aircraft that crash-landed at the Kozhikode airport claiming at least 18 lives, said a Directorate General of Civil Aviation (DGCA) official.
The floorboard is being cut to retrieve the Cockpit Voice Recorder (CVR), the DGCA official informed.
The Directorate General of Civil Aviation (DG), Civil Aviation Ministry senior officials, Airports Authority of India, and Air Navigation Service members will meet in Delhi on Saturday over the plane crash.
The meeting is scheduled to take place at Rajiv Gandhi Bhawan.
"We have started our investigation, Aircraft Accident Investigation BureaU (AAIB) team has reached the crash site," said DGCA.
Meanwhile, two special relief flights from Delhi and one from Mumbai for rendering humanitarian assistance to all the passengers and the family members of the Air India Express crash-landing incident reached Kozhikode on Saturday.
At least 18 people including two pilots have lost their lives in the incident. However, the four-cabin crew members are safe, said the Air India Express in a statement. The injured are admitted to hospitals in Malappuram and Kozhikode, as per Kerala government officials.
The flight was carrying 190 passengers including 10 infants when it skidded while landing at Karipur airport in Kozhikode on Friday evening.

US proposes tariffs on $11 billion of EU products

The US is considering to impose tariffs on about $11 billion of goods from the European...

INAUGURATION OF A NEW HAEMODIALYSIS MACHINE FOR THE REKHA...

Airtel rolls out Thalaivar’s ‘Darbar’ experience for its...