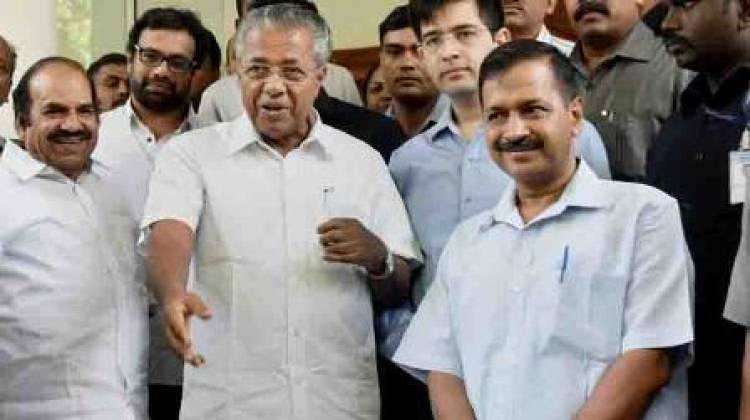 NEW DELHI: Kerala Chief Minister Pinarayi Vijayan on Thursday expressed thanks to the Delhi MLAs for their contribution to the state’s Disaster Relief Fund in the wake of floods.

In a letter to Speaker Ram Niwas Goel, Vijayan thanked the MLAs for showing empathy towards the flood victims.

“I would like to express my gratitude on behalf of the people of Kerala for the contribution of Rs 32,28,000 made by the Members of Delhi Assembly towards the Chief Minister’s Disaster Relief Fund.

“The extent of compassion and care shown by the government and the people of Delhi in the hour of crisis and calamity is heartening,” Vijayan wrote.

In August, Kerala witnessed the worst floods in a century.

Aam Aadmi Party MLAs had decided to donate a month’s salary to the flood-hit state. The Delhi government had also donated Rs 10 crore to flood-ravaged Kerala.

11 injured in US bar shooting

The two day national convention organized by TANSDMA was inaugurated by Shri. Hans...

In line with expectations, the Reserve Bank of India (RBI) Tuesday decided to keep...